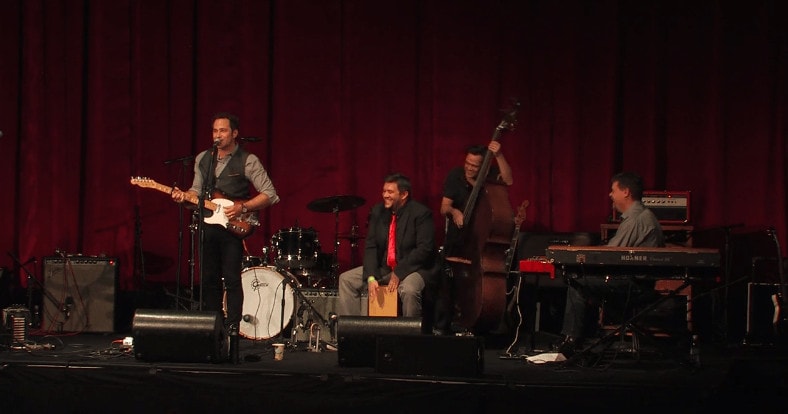 On Thursday, May 7 crowds gathered outside of the State Theatre in downtown Traverse City to welcome Joshua Davis, who is a semi-finalist on NBC’s The Voice for his special hometown visit and performance. Hundreds of people came out to show their support for the Michigan musician who has made Traverse City his most recent home.

[New: We chatted with Davis in Jan. 2017 to hear about life after The Voice.]

Joshua performed with his band Steppin’ In It and also sang covers of some of the songs he’s performed on The Voice so far. Joshua’s coach Adam Levine pre-recorded a video message of support and Joshua was presented with the key to Traverse City by Mayor Michael Estes.

“It’s been amazing to come into Traverse for a little bit,” Joshua said. “You know in the show we kind of live in a bubble out there and I pick up a lot on social media and I get a lot of my information that way. But to come back and experience this, is really moving and it’s really incredible.”

Check out this video produced by Kris Riley for an inside look at Joshua’s hometown concert.