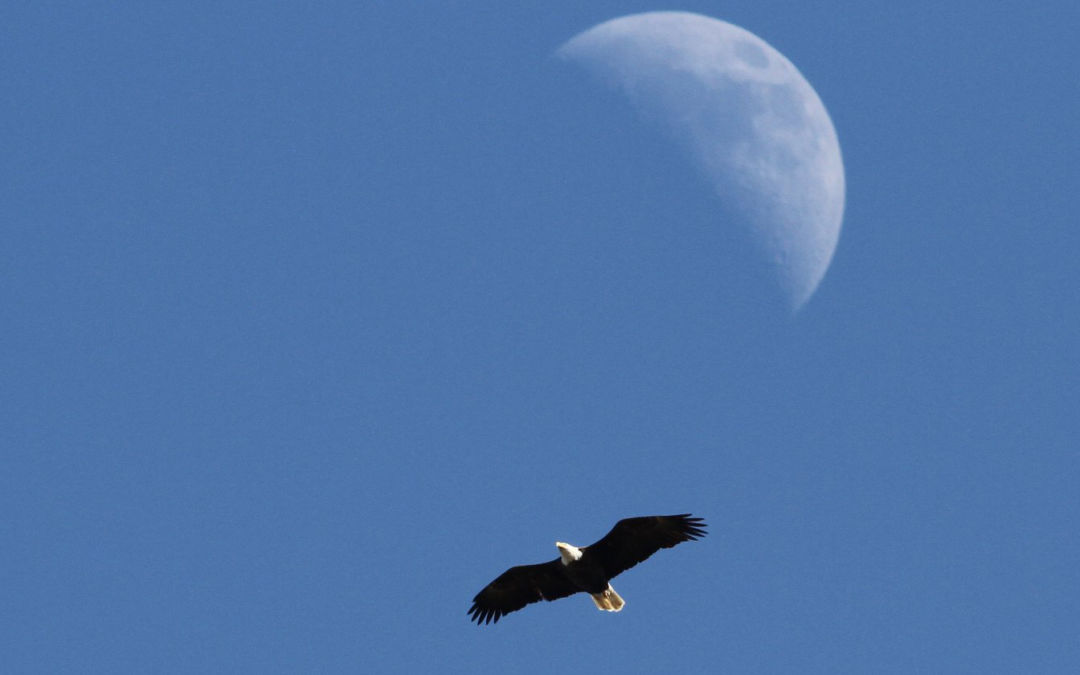 The Mackinac Straits Raptor Watch is a non-profit organization that studies hawks and owls and educates people about them. For the last 50 years humans have been noticing the significant migration pattern of birds ranging from Bald Eagles to Coopers Hawks to Turkey Vultures, but it wasn’t until the 2000s that a formal way to count and keep track of the birds was started.

In 2004, Mackinac Straits Raptor watch member Ed Pike developed a hawk count protocol to standardize the count methodology. He also received a grant of about $15,000 from the Michigan Department of Natural Resources so that three people could help count and report their bird counts to the Hawk Migration Association of North America.

MyNorth’s Eliza Foster checked in with the Secretary of the Mackinac Straits Raptor Watch, Kathy Bricker to learn more about how the counting works, the numbers for 2015 and how the public can get involved.

How long have you been a part of this organization?

Since retiring back to Northern Michigan in 2005 (having lived here before in the 1970s and 1980s while working at University of Michigan Biological Station), I heard a lot about the hawk and owl migration and went on occasional field trips sponsored by Audubon societies to see these birds. In 2012, Straits Area Audubon Society got serious about improving the effort beyond what volunteers could do. I chaired the ad hoc committee that led to the founding of Mackinac Straits Raptor Watch.

Can you explain how the counting works. Is there always someone on duty?

MSRW now pays Kevin Georg, a full-time professional counter with 20 years of experience around the country to sit all day on-site in Mackinaw City during hawk migration hours, usually 9 am to 6 pm. He works whenever the weather allows migration, whether all day or just half an hour. The birds generally do not migrate in rain or snow. With high power binoculars, he constantly searches the southern horizon for birds, identifies them, and uses a click-counter to tally the number of each species. He records hourly data on the birds which gets entered on a data sheet and reported to the Hawk Migration Association of North America.

Is it hard to identify certain birds?

Even hawks sitting in a tree can be hard to identify; identifying hawks flying high overhead or far away is a difficult undertaking. Several MSRW volunteers have trained themselves to do this over several years of hard work. Kevin excels at what he calls ‘flying spots,’ noting their flight pattern, speed, size, shape, and other cues. Every so often a rare hawk appears, or one with unusual color patterns. With nearly 20 different species, one must always be alert.

What’s your favorite part about being a part of this?

I love to see the looks on peoples’ faces when they watch a ‘kettle’ of a dozen or hundred birds ride on thermals. The hawks set their wings and swirl and spiral upward higher into the air, amid oohs and aahs of the crowd below. This annual event, unique to the Straits region, has occurred for thousands of years, and people just now are waking up to the marvel and beauty of it.

How have the numbers been so far this year?

How can people help?

People can best help by learning about hawks and then educating other people either at the hawk count site or near where they live. Hawks and owls are vital components of the ecosystem and deserve our respect and admiration.  It’s not easy being an avian predator and most hawks and owls die within a year of hatching.