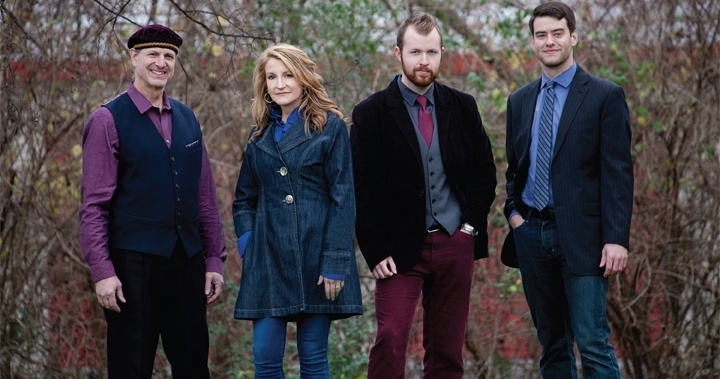 The Claire Lynch Band will perform in Traverse City on April 30 at Kirkbride Hall. Read on to learn more about this dynamic group!

The reigning Female Vocalist of the Year for the International Bluegrass Music Association (IBMA), Lynch became enamored with country music after her family moved to Huntsville, Alabama, when she was 12. She got caught up in the bluegrass revival of the 1970s, joining a band called Hickory Wind, which became the Front Porch String Band with Lynch’s vocals as its centerpiece.

In 1981, the group retired from the road, and Lynch pursued dual careers as a session singer and songwriter. Her tunes have been recorded by such artists as Patty Loveless, The Seldom Scene, Kathy Mattea, and The Whites. She also became a much sought-after session and backup vocalist, working with Dolly Parton, Emmylou Harris, Linda Ronstadt, Pam Tillis, Alison Brown, Patty Loveless, Kathy Mattea and Ralph Stanley. In 1991, the Front Porch String Band was resurrected with the album Lines and Traces, a move that ultimately led to the launching of Lynch’s solo career. She’s since released nine albums.

“An intensely soulful singer, whose distinctive voice resonates with power and strength, yet retains an engaging innocence and crystalline purity. She’s also a songwriter of extraordinary ability who can bring listeners to their feet with her buoyant rhythms or to their knees with her sometimes almost unbearably poignant and insightful lyrics.”– Dave Higgs, WPLN/WAMU (Nashville/Washington D.C.)

“One of the sweetest, purest and best lead voices in the music business today.”—Dolly Parton

Tickets are $30 in advance, $35 at the door. Available at Oryana Food Cooperative, Brilliant Books, Marshall Music, Moomers Ice Cream in Traverse City, Ace Hardware in Acme and the Corner Druggist in Elk Rapids, or by calling (231) 941-8667.