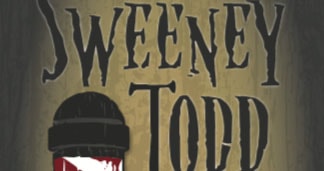 Leland Public School and the Verdier Circle of Friends present Stephen Sondheim’s masterpiece Sweeney Todd the School Edition for two weekends at the school’s performing arts center. The show opens at 7 pm on Thursday, April 30 and runs May 1, 2, 7, 8 and 9.

The winner of eight Tony awards, including best musical and best score, Sweeney Todd is one of the most revered Broadway musicals of all time. This musical thriller tells the story of a Sweeney Todd, an unjustly exiled barber that has been gravely wronged and exiled by a corrupt judge. Upon his return to 19th century London, the barber’s lust for revenge leads him to Mrs. Lovett, a resourceful owner of a failing pie shop, above which he opens a new barber practice. Lovett’s business starts to boom when she convinces Todd that his thirst for revenge could be integrated into a secret ingredient to her meat pies that will have all of London lining up at her door.

The Sweeney Todd School Edition has been masterfully adapted by Mr. Sondheim, to retain the dark wit and grand scope of the original work, with a few lyric and key changes to facilitate high school productions. Directed by Jeremy John Evans, this rated PG musical boasts a long list of professional collaborators for Leland’s talented and hard working performers. A professional team of lighting, scenic, costume and sound designers, a production manager, as well as eight world-class musicians will be supporting this production. A gifted and passionate team of volunteers is working in tandem with these creative professionals that will surely give audiences an unforgettable evening, and the students the experience of a lifetime.