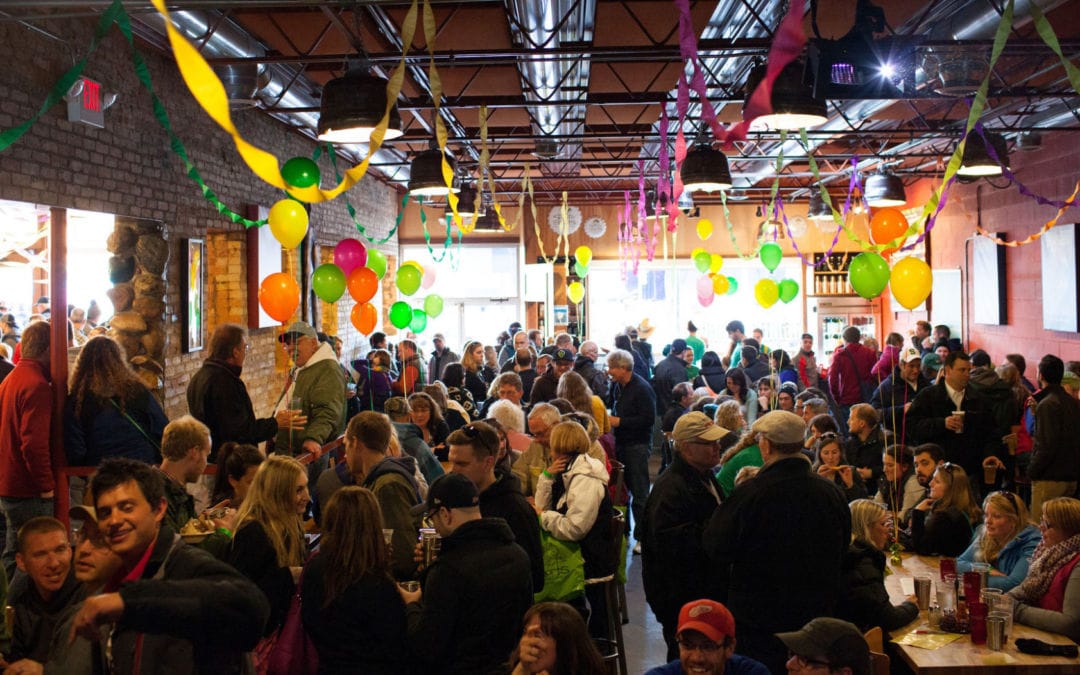 On Saturday, April 25th head to Bellaire to ring in Short’s Brewing Company’s 11th birthday at the Anniversary Extravaganza! The celebratory block party includes food trucks, musical performances, a State of the Brewery Address from Joe Short and, of course, Short’s beer and Starcut Cider. MyNorth’s Eliza Foster checked in with Kendal Fifield of Short’s Brewing Company to get a behind the scenes look at what party goers can expect.

The Short’s Anniversary Extravaganza is a great party for many, many reasons. First off, Short’s is turning 11 years old this year! Not only are we celebrating the last 11 years of awesome beer in Bellaire, but this year it’s all about looking ahead to the potential of the future! We are welcoming our friends to live it up in the middle of the streets with live music from three extremely talented Michigan bands, tasty food from local vendors, thousands of happy people, and a beer & cider list that are out of this world! We will be having some of our favorite’s as well as a handful of brand new beers and ciders brewed just for this party. We are so excited to be entering our second decade in business and are looking forward to our bright future. 50% of all profits will go to the Village of Bellaire DDA to help aid in the infrastructure improvement and beautification of the Village for years to come, yet another reason this party is so great.

You’ve got some great musical acts lined up, what went into the decision process to pick those three?

The decision making process that goes into selecting musical acts for large events like this involves many minds. Numerous Short’s team members give input on this decision. This year, we tied it into our “Michigan only, Michigan forever” campaign by choosing three Michigan based bands. The Accidentals are from Traverse City, and are incredibly talented, performing with more than 12 different instruments just between Kate and Sav. They have been performing at the Brewpub since 2012 and were recently highlighted in Billboard’s review on this years SXSW (South by Southwest) festival. Short’s is incredibly proud of The Accidentals’ recent success and we are super excited to have them open the live music performance on April 25th.

Vulfpeck, originating out of Ann Arbor, has been recently discovered by Joe Short via Youtube. They are a rhythm funk band and irresistible to dance to. We are super stoked to have them performing in Bellaire for the first time at this year’s Anniversary Party.

Greensky Bluegrass, calling Kalamazoo home, started playing together 15 years ago. In those early days, they played a number of shows at the Brewpub in Bellaire. In recent years, they have really taken on the national touring scene, with their most recent album, If Sorrows Swim, topping the charts at #1 for Bluegrass albums. They also put on an incredible live show, that some even compare to a rock show with continuous improvisations and a spectacular light show.

How will this party compare to last year’s bash?

One of the biggest differences from last year’s party is that this is a ticketed event. That means everybody who purchases a ticket will get in without having to wait for someone to exit once we have reached capacity. A great addition to the party this year is Starcut Ciders! We will be serving 10 ciders at the Anniversary Extravaganza, including three that were brewed just for the occasion. Starcut Ciders have made appearances at a few of the festivals we attended in the last few months, and were always some of the first taps to blow. We’re excited to be able to share these with our eager fans on our home turf. Don’t forget to check out the Starcut Machine, Starla, while you are here!

You guys are donating 50% of the profits to the Village of Bellaire DDA, that’s pretty cool! Can you talk about that decision?

“We had such a great success with last year’s party. Everyone in the community was overwhelmingly supportive. All the local businesses, the Village of Bellaire’s governmental unit, as well as the local fire and police departments were all out to help us make sure we had a successful event. After the party, we deliberated as to whether we wanted to do something of that scale again. I said if we were, then we should make the Village of Bellaire our official partner, and the Village agreed. The DDA is new and currently doesn’t have a source of income. As a member of the DDA, and the business community, I’m excited to work toward beautification, infrastructure and business development in our downtown through the DDA. I’m hoping this year’s Anniversary Party will have a substantial contribution to help get us started.” -Joe Short

Are there any surprises in store?

You can expect a lot of “Awesomeocity” at this year’s Anniversary Extravaganza! We always have something up our sleeve.

It would be remiss to leave out the beer. What will be on tap?

What kind of food will be available?

We will also be serving a limited menu inside the Pub.

Joe will be delivering his annual “State of the Brewery” address. Has he dropped any hints about what he’ll be talking about?

Last year we celebrated how far we’ve come in 10 years. This next decade we’re celebrating where we’re going and what we’re capable of. 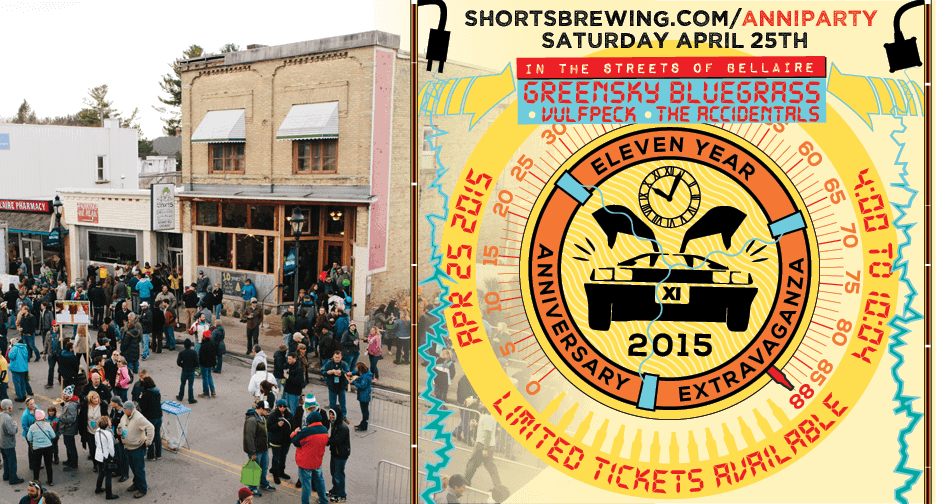