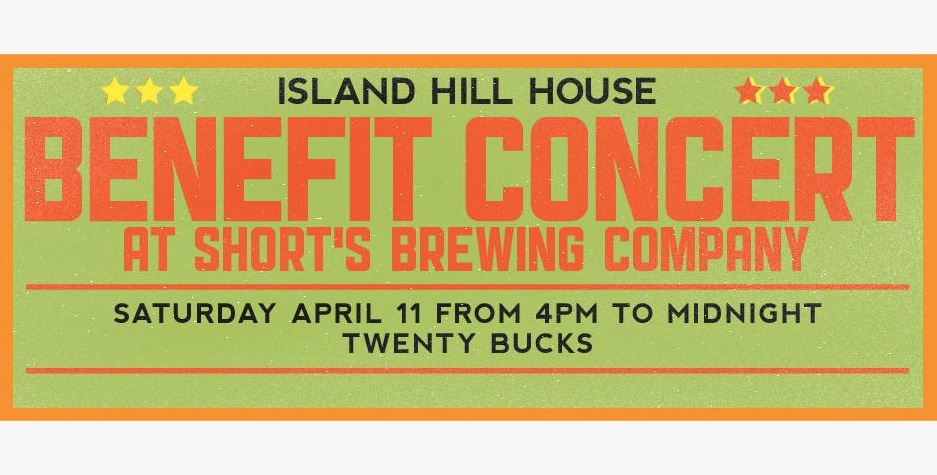 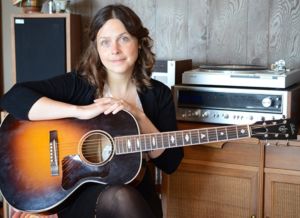 May Erlewine of Earthwork Music Collective will perform at the ISLAND Benefit.

ISLAND, the Institute for Sustainable Living, Art & Natural Design, is celebrating 10 years of community building through art and farming with a Benefit on April 11th at Short’s Brewing Company. ISLAND invites everyone to come out and support programs that empower farmers, grow artists, and teach skills that give back to the land. Musicians from the Earthwork Music Collective and iconic folk favorites, Seth Bernard and May Erlewine whose free wheelin’ music resonates with purpose, will take the stage. Gearing up for the Benefit, Co-Director, Brad Kik reflects on ISLAND’s core, “Aldo Leopold said the oldest task in human history is how to live in a place without ruining it. A big part of ISLAND’s mission is to answer how to live somewhere well, in a way that takes care of the people that live there but also takes care of the place where you live—without taking more than you give back.”

A handful of upcoming ISLAND events include beekeeping, fruit tree grafting, and wild mushroom certification, but proceeds from this year’s Benefit will in large part fund the Hill House Artist Residency. “We average about 20 artists a year,” says Co-Director Amanda Kik, who lays out the details. “The Artist Residency is a program where artists can apply to come and stay in a log cabin in the woods next to the Mackinac State Forest. Artists stay 2 to 4 weeks and focus on creating new work.”

When asked what artists have been the most memorable Brad lights up, “I have all these crushes!” Amanda, “I do, too!” Of note, one of ISLAND’s earliest residents, California-based musician Alex Wand, recently received a Grammy for classical music. Hitting a little closer to home, Detroit installation artist Scott Hocking did a residency at the Hill House. His specialty, sculptural installations using found objects. “We’re fairly unique among residency programs because it’s a solitary experience. Many residencies host 6, 10, 30 artists at a time and the collaboration is really interesting. For us, it’s a log cabin in the woods where artists are alone with their thoughts. For a lot of artists that removes the obstacles, all of the distractions are gone. They find that they have nothing to do but be productive.”

With the April deadline for the first round of residents now passed, ISLAND received 118 applications competing for 10 spots—the most to date. ISLAND’s Jury, made up of “people who are outstanding among their peers,” says Brad Kik, “will select writers, musicians, visual artists and various performing artists using a blind process,” meaning the work will speak for itself without names being revealed. “Earthwork (musicians) were some of our first artists in residence. They’ve been jurors for artists in residence, too.”

With community at the heart of their mission, it’s no surprise that ISLAND’s roots with the Earthwork Music Collective run deep. “Earthwork gets the bigger picture. It’s not just about making music. It’s about making music in community. It’s about making art in community. All of these things are tied together,” says Brad. Earthwork knows a thing or two about tying it all together. Based in Lake City Michigan, Earthwork is a metaphorical home of sorts to more than 30 bands and musicians including Seth Bernard, May Erlewine, Joshua Davis—contestant on “The Voice,” Luke Winslow King, Red Tail Ring, and Lindsay Lou & the Flatbellys to name a few. Earthwork hosts 2500+ attendees at their annual music festival called Harvest Gathering, and many of their musicians go beyond the stage to teach workshops and classes in communities throughout Michigan. This year’s ISLAND Benefit features a lineup of Earthwork musicians including Gitis Baggs, Sam Cooper, May Erlewine, Seth Bernard, and Big Dudee Roo.

To follow up with Aldo Leopold—how do we live in a place without ruining it? One way to find out is to join the community conversation. Be apart of the big picture and join ISLAND to celebrate 10 years of community building in Northern Michigan—the kind of homespun building we all benefit from.

Learn more about ISLAND’s programs, residencies and the Benefit here.

If you can’t catch the Earthwork Music Collective at the ISLAND Benefit, save the date on April 18th for the Earthwork Collective Tour taking place at InsideOut Gallery in downtown Traverse City.