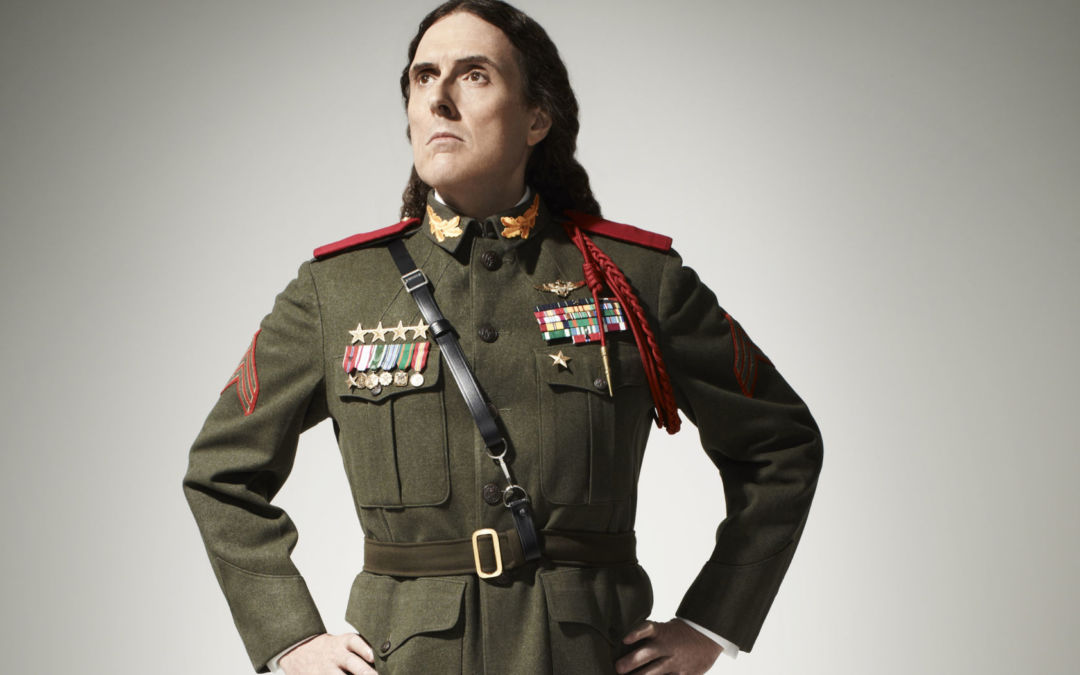 Few would have guessed that “Weird Al” Yankovic, who as a shy, accordion-playing teenager got his start sending in homemade tapes to the Dr. Demento Radio Show, would go on to become the biggest-selling comedy recording artist in history with over 12 million album sales. Now in his fourth career decade, he has won three Grammys (with 14 nominations) and countless awards and accolades for Weird Al classics like “Eat It,” “Like a Surgeon,” “Fat,” “Smells Like Nirvana,” “Amish Paradise” and “The Saga Begins.” His 2011 album Alpocalypse (featuring the Lady Gaga parody “Perform This Way”) debuted in the Billboard Top 10, and was nominated for two Grammy Awards (Best Comedy Album and Best Short Form Video).

In addition to his recordings and world-famous music videos, Yankovic is also well-known for his cult-hit feature film UHF (1989), his late ‘90s CBS Saturday morning series The Weird Al Show and the numerous AL-TV specials that he’s made for MTV and VH1 over the years. His 2006 album Straight Outta Lynwood spawned the Billboard Top 10 single “White & Nerdy,” the video for which spent two months at #1 on iTunes and garnered over 150 million hits on the Internet.

Since then, he released his greatest hits package The Essential “Weird Al” Yankovic (Legacy), wrote, starred in and directed the themed attraction Al’s Brain: A 3-D Journey through the Human Brain (featuring cameos by everybody from Fabio to Paul McCartney), and attracted several million followers on social media. With the release of his children’s book When I Grow Up (HarperCollins, 2011), Al added “New York Times Bestselling Author” to his resume. His follow-up, My New Teacher and Me!, was released June 2013.

In October of 2011, in tandem with the release of Alpocalypse, Comedy Central aired the concert special “Weird Al” Yankovic Live: The Alpocalypse Tour (filmed at Toronto’s venerable Massey Hall) and released the unabridged version of the concert on DVD and Blu-ray. In 2012, The Nerdist Channel debuted Face 2 Face with “Weird Al” Yankovic, a web series where Al got a chance to “interview” some of his “close, personal friends” in the entertainment biz. In October that year, Abrams released Weird Al: The Book, an illustrated hardcover on Al’s life and career.

Mandatory Fun debuted at #1 on the Billboard Top 200 album chart. This is the first time that a comedy album has debuted at #1 on the chart in history, and the first time that a comedy album has reached the top of the chart in over 50 years (the last one being Allan Sherman’s 1963 release My Son, the Nut). It was also Al’s personal best sales week ever, as well as the largest sales week for any comedy album since 1994.  On Spotify, Yankovic set the US record for having the most tracks from one album in the viral top 10 at one time, taking the first 4 spots.  The album performed well internationally, debuting in the Top 10 in both Canada and Australia (#3 and #9 respectively).  In addition, “Word Crimes” debuted in the Billboard Top 40, making Al one of only three people to have had Top 40 singles in each of the last four decades (the other two are Michael Jackson and Madonna).

Weird Al, along with his band of over three decades, has performed thousands of live rock and comedy multimedia shows throughout the world, and will be back on the road in 2015 for The Mandatory Tour.

Tickets Go On Sale Friday, March 27th at 8 a.m. and are priced accordingly:

And, the Bay Side Music Stage Pass – Valid for all Eight Nights of Festival Music Stage Admission is priced at just $50 and are limited.