Northern Michigan Women on Lake Michigan: Poetry in the Waves 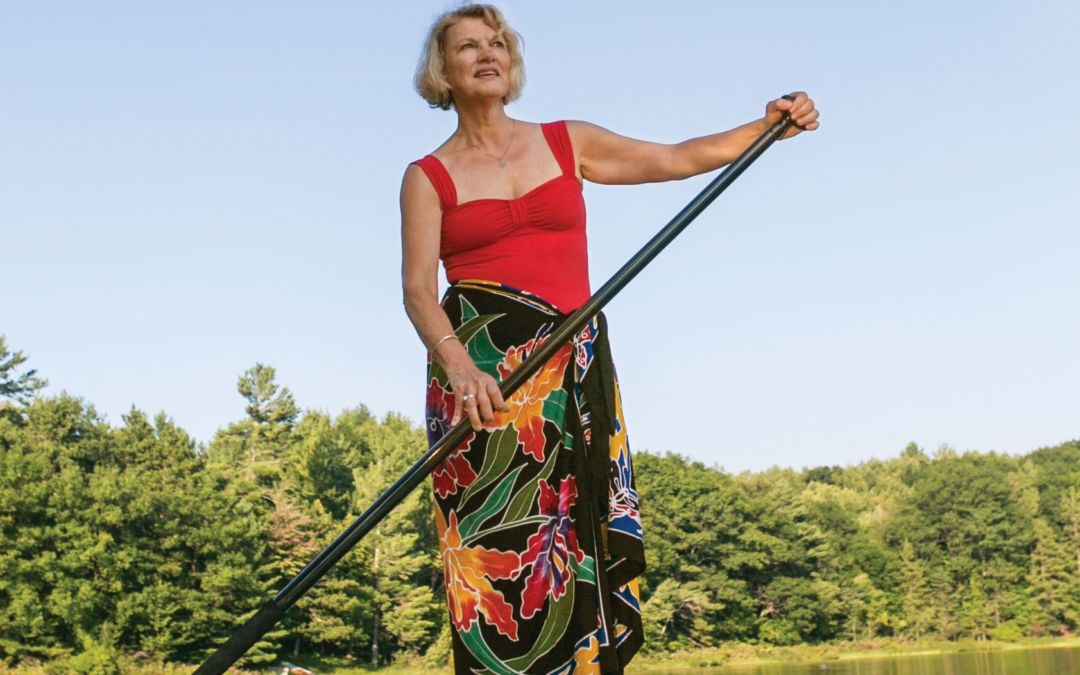 Originally published in the July 2014 issue of Traverse, Northern Michigan’s Magazine as part of a compilation of essays centered around the theme of Northern Michigan water, this essay written by Ann-Marie Oomen explores her relationship with water.

• Childhood at Lake Michigan. My father threw me up and over his shoulder, and I laughed as I tumbled in the waves. Later, he told me waves come by the dozen, not sevens like others said. But then he said, “Don’t try to count.” He laughs. “You won’t know where to start, or which is which.” Still I watch, paying close attention for the big three somewhere in the middle.

• This one: Blue beyond blue—even when it’s gray or steel or any of the blue-induced shades of fierce. Blue that is not blue but the cold wonder that could crush ships or even your spirit, not break it as in some insipid cliché but crush it with depth, beauty, wildness so stunning it stills the heart, the finest way to die—if there is a fine way. Eventually I learn, waves are ideas, not numbers. Counting them is a way of keeping time with water; an essence of sorts.

• As I grow, big water becomes the miracle of coolness and play. The surface a dance floor of glitter and glamour to swallow you whole. Beach, swash, shallows, depths. Dive in. A world of mystery. You open your eyes; golden and blurred. I come up for air wishing I could live down there, scared out of my mind. Dad is always there, “I’ll save you.” Water in my eyes, cleansing outside and in.

• Nothing could save him. When my father died in that white hospital bed, all afternoon fluid in his lungs, a reduction of the body’s internal waves to something salivic and mucosal. I kept asking the nurses to suction it out; they looked at me sadly. Once or twice, they tried. That wet wheeze always came back. They knew but would not say; then the moment I understood.

• That wave knocked me over, nearly drowned me.

• That wave knocked me over, nearly drowned me.

• That wave knocked me over, nearly drowned me. Then, storm rising over water, shouldering itself, stalling on the horizon, roiling inside. I thought it would never move. This was grief, a water large and shuddering, surface slashed with white keening. I could not see the other side.

• Wave of time. One day, I see a woman walking on water. She looks like a slim bird dragging one narrow wing. I learn: on a paddleboard, a woman may mourn like a lake, like big water, breaking gravity by not going under but gliding over, dipping in.

• At first, I fall so often my face is never dry. One rain-water day, a shallow balance. Finally, toes gripping board, I feel the vibration of underwater currents, old stories, a loneliness that will not hurt you if you simply stand in it, let it flow around you. Out there, woman becomes gnomen. Water becomes soul. You lift and dip one narrow wing, and can find your way.

• One of those things that just happens. I’m out on the board, trying to hear my life, just beginning to sing. I don’t know if the woman would have died. Hypothermia is unpredictable, especially for swimmers, especially in the waters of Lake Michigan where the temps can jump and drop those few critical degrees depending on the subtle currents that curve around bluffs, spits of dune. She stopped swimming; she called. I turned the board with the long stroke, shallow and wide as I had been taught, and came alongside her. She reached for the board, slipped, then clung. I leaned away, balancing her weight with my own, then knelt, lay the paddle crosswise, and we began to work her body onto the board. I thought for a moment I would lose her. But she had enough left to pull her own body out of the chop. Her skin like cold nectarine. The air above her smelled blue and empty. She could not speak, shivered so hard I could feel it through the board. I stayed on my knees, as we do when we pray for miracles, paddling over her head, an awkward but necessary stroke. As we came in, others took her in and warmed her. I looked at the water, lifted it to my face, kissed its cold power, that it would let me rescue one of its own—who was me.

• This is the wave of evening, one that quiets. Out there on the board, as the temperature dropped, the moment when I felt him. His spirit, east wind, flying over waves, intensely curious, beyond these waves into the waves beyond beyond. I tried to match, and rode the waves so hard I was almost beyond seeing the shore. The blue there was deep and fast and pure. The wave told me; he was fine. I stopped, pulled back to earth.

• Oh lake, oh father, oh woman on the water. Take this water I am made of and depend on; keep it pure and blue, this healing liquid, held in a body of being. Lifeblood that comes in the shape of waves.

More Women on the Water

Love on the Shores of Sleeping Bear Dunes