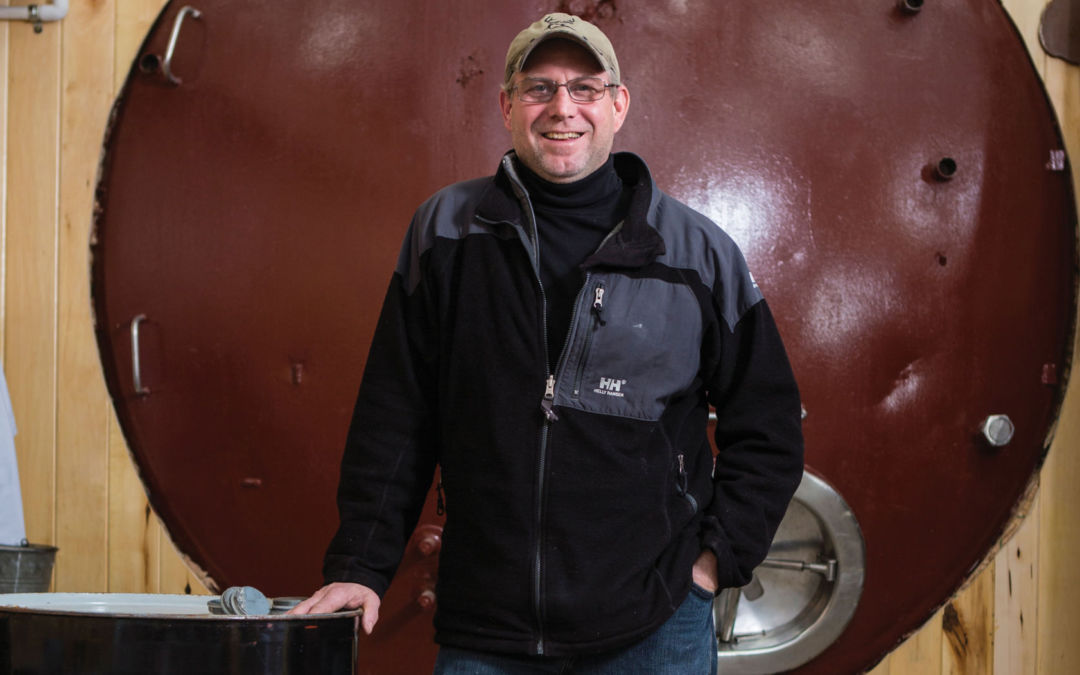 With sap surging through the vascular systems of Michigan’s gazillion maple trees this month, we check in with the maple syrup scene’s latest innovators, Todd and Christi Petersen at Maple Moon Family Sugary, near Petoskey. The new product: wine made with maple sap. (The family also makes regular maple syrup.) The following Q&A was originally published in the March 2015 issue of Traverse, Northern Michigan’s Magazine.

So, wine from maple sap. Where did the idea come from?

It actually wasn’t my idea. It was my friend’s idea. He makes wine as a hobby. During our first year of maple syrup production four years ago he asked me if he could make wine from the sap concentrate and said he’d give me half. I said, Okay, but let’s make it a few different ways to experiment.

It was okay. We shared it with friends. I took it to deer camp, on fishing trips, gave it to neighbors. But it needed something. It was hobbyist product made with hobbyist equipment.

But you apparently tasted something that suggested promise.

Yeah. I Googled, trying to find others making wine with sap and I found only one, in Northern Ontario, way up there. And I was intrigued that they were using ginger and other spices. I thought, well, maybe we can make ours unique.

So when did you go from hobbyist to pro?

We were invited to bring our maple syrup to a winery event where they were serving waffles. Afterward the winemaker wanted to check out our facility. He was really blown away by the quality of our facility and he said, “Have you ever made wine with this before?” I said as a matter of fact we have, but I don’t have time to really do that. He said he would help get us started, and that’s what really escalated it.

So you were in construction and somehow ended up as a maple syrup and wine man. Tell us about that transition.

We bought this 80 acres and decided to draw a subdivision all over it. But then we started to do maple syrup in the backyard. At first we just used the turkey deep-fryer to boil it down. We hung 32 buckets. And we loved it. Being together on the porch on those warm March days. And we said, what if we looked at investing a little money into this. Could it be a business? And I thought, if it was a business, I could be at home more and do a better job of being a father to our four children.

We didn’t know what we were doing, but we had tons of support. We talked to anybody we could find in the maple business. We saw the good, the bad, the ugly, the don’t do that, the great. And we came back and designed our facility and modified our thought process. We went big. We bought big equipment and we built a 36-by-84-feet building, which is unheard of in the maple syrup world. We put in 3,200 taps. When the tasting room opens, we are ready with 600 gallons of maple wine.

Want to learn how easy it is to tap into your backyard for some homemade maple syrup? MyNorth’s Jodi Simpson shows you how in this short MyNorth video. 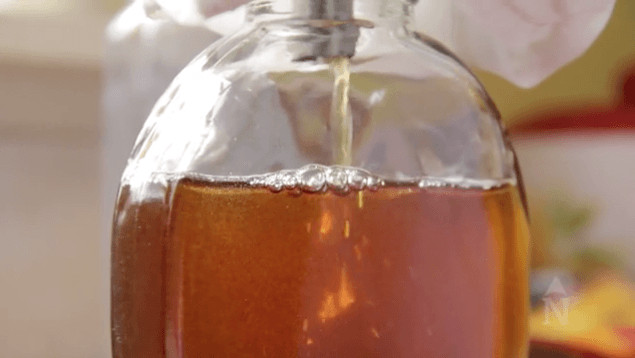