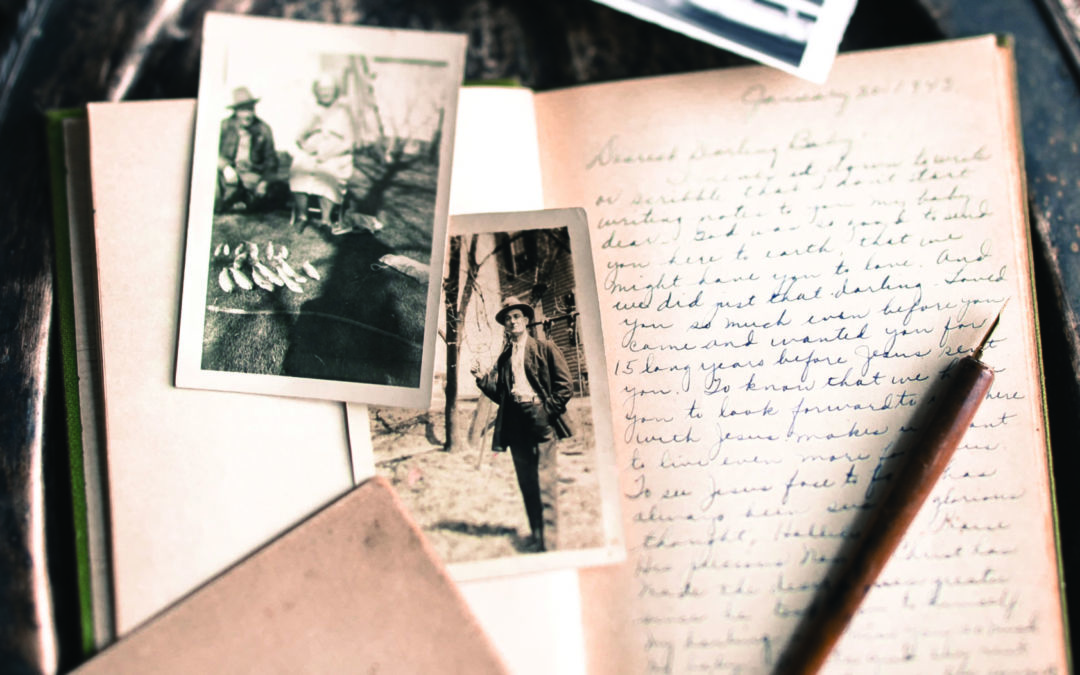 Mike Carney wrote “Khrushchev” for a memoir-writing class taught by Anne-Marie Oomen, author and long-time chair of the creative writing program at Interlochen Center for the Arts. She will be teaching the class again June 2015 at the Interlochen College of Creative Arts Writers Retreat. Register for the class online: college.interlochen.org/writersretreat.

My father was a City of Detroit police officer—a detective.

He never talked much about his work. Occasionally he’d make the papers and my mom would clip the article and put it in a cigar box in the top drawer of their dresser. I assume it was Ma’s doing—Dad was pretty modest.

We kids pieced together the clues—the clippings, empty coffee containers from stake outs, the grease stains on his ties and shirts from meals eaten on the run—and deduced his story.

Once he brought home a reel-to-reel tape recorder in a big plywood suitcase. The top of the case was splintered. The recorder had been stolen and the owner didn’t want the damaged goods, so Dad brought it home. We kids thought it was terrific, much better than the usual loot: liquor, kielbasa, pans of lasagna.

We recorded music off the radio—good stuff like The Coasters, The Drifters, Jerry Lee Lewis. Ma liked Fats Domino. She even knew the words to “Blueberry Hill” and sang along with it. We also recorded programs of our own: long deep belches and armpit farts and other creative sound effects.

One Sunday morning, Dad was in bed, sleeping off a “clean-up” shift. “Clean up” started at 11 p.m. Saturday and lasted until the bars were closed, after-hour joints shut down, and the last prostitute hauled in. He was snoring so loudly we could hear him clearly through the bedroom door. I set up the recorder in the hall and began the intro to my program: “Good morning, ladies and gentlemen. Our guest today is Premier Nikita Khrushchev. Welcome to America, sir.”

I opened the bedroom door and recorded Dad’s snore. The sound was loud and harsh. I felt the vibration of his breathing, he hesitated briefly, then whistled a long exhale.

“Sir, how do you like our country?” I asked Khrushchev. A great rattling intake of air, tapering off to a slow whisper.

“Are you enjoying American food, sir?” A wonderful pigs-at-the-trough response, followed by a sigh of satisfaction.

So it went — my probing questions, Khrushchev’s exuberant responses.

That evening we were eating in the dining room. Ma got up, walked toward the bathroom. In the hallway, she turned on the recorder, full blast. Khrushchev’s vulgar voice erupted, rattling the dishes on the table.

“WHAT THE HELL IS THAT?!” Dad demanded.

“Sounds like a bear trapped under a pile of wet garbage.”

“What are you talking about?!”

“It’s you snoring. Mike recorded it this morning.”

Dad did the only thing a reasonable detective/father could do. He confiscated the recorder and decreed we could use it only when he was home to police us. The recorder sat unused, on the top shelf of his closet.

Dad retired from the force in ’66, a year before the smoke and sirens of the big riot. At age 52 he had a heart attack. A year later he had a stroke that put him in a deep sleep — a coma. The hushed, swooshing sound of the respirator replaced the snoring. The doctor told us Dad might be able to hear us and suggested we talk to him.

That was hard work, especially since nothing seemed to be getting through. It occurs to me now I could have played the Khrushchev interview for Dad. Time had passed, our perspectives had changed. I’m betting he would have found it funny, maybe smiled a little.

Mike Carney is a longstanding member of Old Town Playhouse, and is from the Traverse City area.