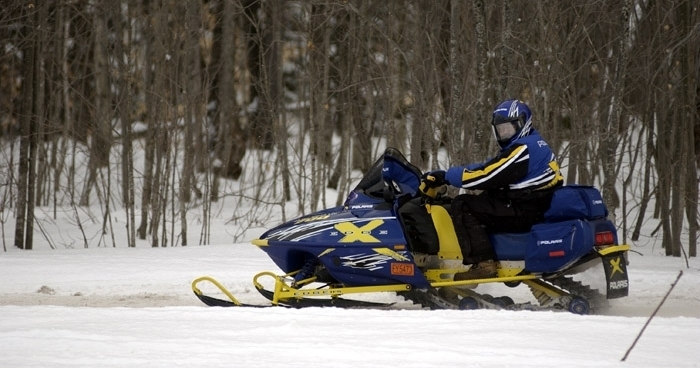 MICHIGAN: Conservation officers with the Michigan Department of Natural Resources remind snowmobilers that state law does have decibel limits for snowmobiles. Noncompliance could damage Michigan’s nationally recognized trail program. Officers in the western Upper Peninsula have been working patrols targeting sound violations in response to numerous complaints from landowners and others who live near snowmobile trails.

Under Michigan law, the muffler on a snowmobile must be in good working order and when in constant operation noise emission cannot exceed the following levels:

The penalty for violating the sound levels for snowmobiles is a civil infraction, with fines up to $250.

This season, conservation officers on patrols in the western U.P. have issued tickets to numerous snowmobile operators whose sleds have well exceeded the 88-decibel limit, said the DNR’s Sgt. Ryan Aho.

“As a point of comparison, a train whistle at 500 feet is 90 decibels and sustained exposure at that level may result in hearing loss,” Aho said. “We encourage snowmobile operators to properly maintain their machines, and also discourage them from modifications that make sleds louder.”

Snowmobiles that do not comply with Michigan law for noise emission also can hurt the state’s trails program, said Ron Yesney, a recreation specialist with the DNR.

“Half of our snowmobile trails are on private lands and are there at the sole discretion of the landowner, and many pass through communities and very near to homes,” Yesney said. “Snowmobiles that exceed the noise emission levels are often a reason why we lose trail permissions on private land. Riders who modify their machines to make them extra loud jeopardize the enjoyment of our nationally recognized trails for all riders.”

For more information on snowmobiling in Michigan, including current laws and regulations, go to www.michigan.gov/snowmobiling.

The Michigan Department of Natural Resources is committed to the conservation, protection, management, use and enjoyment of the state’s natural and cultural resources for current and future generations. For more information, go to www.michigan.gov/dnr.