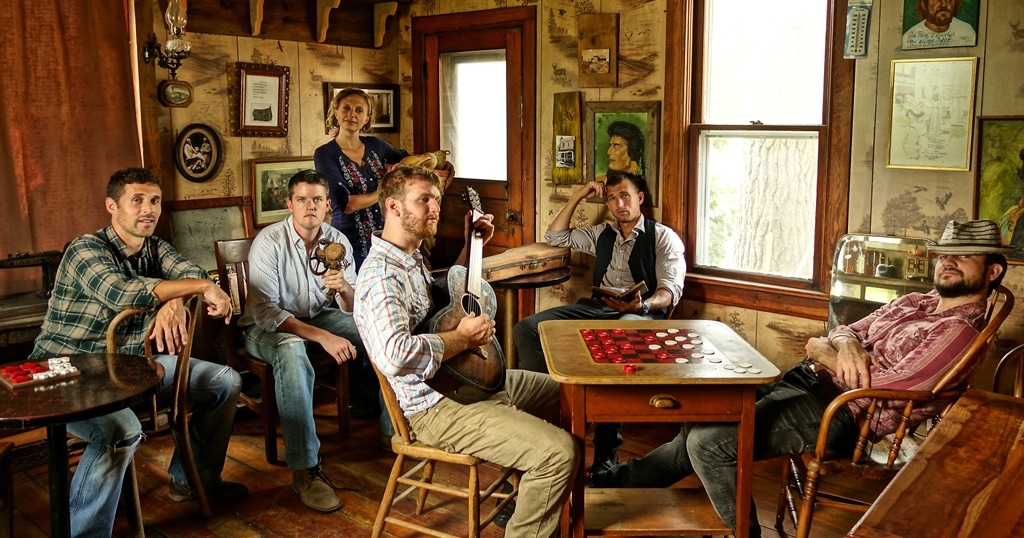 Traverse City: The Dennos Museum Center at Northwestern Michigan College will present Scythian (sith-ee-yin) on Saturday, February 21, 2015 at 8:00 PM in Milliken Auditorium. Tickets are $27 advance, $30 at the door and $24 for museum members plus fees. Tickets may be purchased on line at www.dennosmuseum.org, or by calling the Museum Box office at 231-995-1553; also at 1-800-836-0717 or www.MyNorthTickets.com.

Dubbed by The Washington Post as “DC’s most energetic and eclectic band” Scythian belts out a high-energy, adrenaline-peddling, interactive brand of music with one goal in mind; to get people on their feet and dancing. These classically trained musicians are natural showmen who seamlessly blend kicked-up Celtic, folk and world music, and deliver it with a punk-rock sensibility. Combine this with the driving rhythm of a jazz percussionist, and you’ve got the ingredients for a show you won’t soon forget.

In a single song, they transport an audience across the globe with the alluring and dramatic strains of gypsy fiddles, the bounce of a Celtic reel, and then cross back over the border to pick up a klezmer hook and some good old-fashioned bluegrass licks. Scythian are alchemists in their use of crowd participation. As The Washington Post states, their results are always the same: “…the band’s enthusiasm is contagious, and shows seem to end with everyone dancing, jumping around or hoisting glasses.”

Trained classically, Alexander started playing at the age of 3 and has performed in such venues as the Kennedy Center. He spent six months in Japan studying under Dr. Suzuki, the founder of the Suzuki School of Music. Alexander also spent four months playing in the streets of Ireland where he picked up the Celtic spirit and combined it with the Gypsy soul of his Ukrainian ancestry.

Trained classically, Josef studied at Duquesne under Joe Petron and has performed in venues such as the Benedum Center and Soldiers & Sailors Memorial Hall. Making the switch to Celtic fiddling, Joe forms the second half of Scythian’s signature “dueling fiddles” and is known for his jazzy “dirt & grit” style.

Trained as a classical pianist, Danylo made the switch to rhythm guitar in order to make music with his brother Alexander. Having performed at the Kennedy Center as a classical musician, Danylo enjoys the free and somewhat loose spirit of Celtic-Americana music. Putting his keyboard skills to use, Danylo also plays the accordion.

Hailing from Connecticut, in between learning how to become a monster on the drums from the age of 5, Tim found the spare time to become an Eagle Scout, an accomplished trumpet player, and also run over diminutive humans as a football lineman in high school. While Tim can bring the thunder on the kit, his biggest influence on the drums comes from the finesse of the jazz world, and nuance is probably the best weapon in his holster. Scythian was happy to intercept him on his path to the Manhattan School of Jazz.

The 2014-2015 performance season at the Dennos Museum Center is made possible with support from Arts Midwest, the Michigan Council for Arts and Cultural Affairs and the National Endowment for the Arts, the Robert T and Ruth Haidt Trust, and the Osterlin Performance Endowment with media support from WNMC 90.7, WCMU Public Broadcasting, Northern Express and TV 29&8 – 7&4. Housing for our performers is provided by the Cambria Suites and Country Inn and Suites.