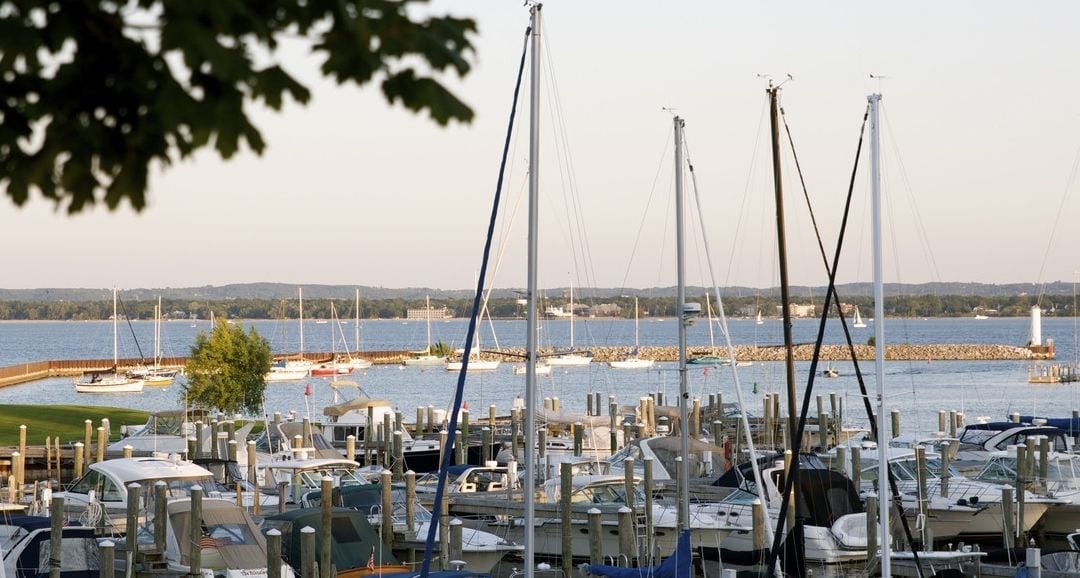 The Grand Traverse County profile gives an overview of what life is like in this county and how you and your lifestyle can fit in.

If you dream of the good life in Northern Michigan, Grand Traverse County can take you there: Miles and miles of freshwater shoreline and gorgeous beaches, a giant bay and inland lakes and hallowed rivers for fishing and boating, protected public spaces for hiking and biking and skiing and snowshoeing, farmland, forest land, and an urban center humming with ideas and energy.

The heart of the county, and of Northwest Lower Michigan as a whole, is Traverse City, a laid-back, forward-thinking town that sits at the base of Grand Traverse Bay and is home to approximately 15,000 year-round residents. That number doubles in the summertime, with more than 2 million people visiting the city each year. People who live here love it for the same reasons all those visitors do, except that they get to revel in all that good stuff year round: the burgeoning arts and entertainment scene, the outdoor recreation resources, the shopping districts packed with independent businesses, the thriving restaurant and local-foods culture that was a way of life here long before the rest of the country woke up to the farm-to-fork idea.

The list of amenities here is long, starting with the basics: access to high-quality healthcare at Munson Medical Center, repeatedly named one of the top 100 hospitals in the nation; higher-ed opportunities at Northwestern Michigan College; a highly regarded public school system; public transit via the Bay Area Transportation Authority (plus dedicated bike lanes and a walkable downtown in Traverse City proper); an excellent library system; plus tight-knit neighborhoods and a welcoming community vibe, both in the city and in the county’s smaller villages.

There’s a reason Traverse City was recently named one of the top small to mid-sized cities for its arts and culture offerings. For starters, just look at the success of institutions and organizations like the State Theatre and Bijou by the Bay, year-round, volunteer-run single-screen cinemas and home of the annual Traverse City Film Festival; the historic City Opera House which hosts national touring acts in the performing arts; the National Writers Series, a year-long literary festival bringing in renowned authors from around the country. Interlochen Arts Academy is here, too, about 25 minutes from downtown T.C., hosting performances by some of the world’s top musical touring acts and home a nationally acclaimed boarding school devoted to the fine arts (Norah Jones and Josh Groban are two of the A-list alumni). That doesn’t even take into account all the galleries, music venues, museums, restaurants and other establishments that host live music and art exhibits all year long.

Food and drink are art forms unto themselves in the region. The area has long had a rich agricultural history, and remains the nation’s top producer of tart cherries. It’s also home to the Great Lakes Culinary Institute, an incubator for the next generation of chefs and restaurateurs. Recent years have seen a swell of interest in local, sustainable food systems and agribusinesses, and that energy is spilling over into the new restaurants, wineries and breweries that open their doors seemingly one after the other. Top Chef star Mario Batali, who has a home in the area, has sung the praises of the Traverse food scene in Bon Appetit—the same magazine that recently placed Traverse City on its list of top U.S. foodie destinations. In addition, Traverse City lies in the center of the region’s award-winning wineries as well as a diverse collection of breweries and a burgeoning group of distilleries.

Of course, one of the biggest draws to Grand Traverse County is that it affords a beautiful balance between work and play—and there are endless places to play. Whether you’ve got a garage filled with ski gear, fishing gear, kayaks, bikes and camping equipment, or whether you’ve just got a trusty pair of hiking boots, there’s always another place to go, another activity to do, in every season. Being able to hit the trail or take a spin on the boat after a day at the office? That’s the good life. And that’s what’s waiting in the Traverse area.