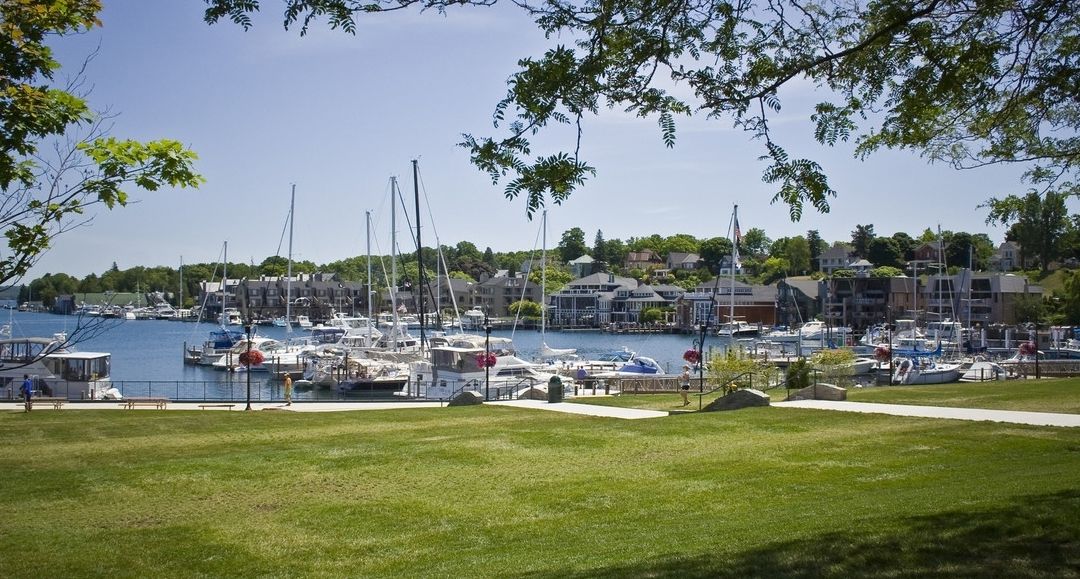 The Charlevoix County profile gives an overview of what life is like in this county and how you and your lifestyle can fit in.

It’s possible that whoever came up with Michigan’s late 1960s slogan “Water Winter Wonderland” had Charlevoix County in mind. This historic four-season paradise encompasses forested hills, lush valleys, sprawling Lake Charlevoix (the state’s third largest inland lake), Lake Michigan shoreline, beautiful Beaver Island, and so much more. The communities here embody the balance between modern-day living and small-town charm. People who choose to call this place home love its livability at all stages of life, whether they’re looking for a safe, caring place to raise a family, a supportive community for launching a new business, or a beautiful backdrop for a rich, active retirement.

The biggest communities here are the cities of Boyne City, Charlevoix and East Jordan, and the village of Boyne Falls. The total population in the county is just under 26,000 residents. With about 3,700 residents, Boyne City is the largest in the county; having grown six percent over the past decade at the 2010 census also made it the fastest-growing city in Northwest Lower Michigan. The community hugs the eastern edge of the south arm of Lake Charlevoix for a total of 11 miles of lake frontage, including several waterfront beaches and public parks downtown. The water provides a lovely backdrop to the city’s central historic district — now on the National Historic Register—home to independent businesses, boutiques and restaurants. Boyne has an artsy side, too, seen in the SOBO (which stands for South Boyne) Arts District and the annual SOBO Arts Festival in June.

Picturesque Charlevoix occupies a wedge of land between Lake Michigan and Lake Charlevoix, which are connected via channels and the smaller Round Lake. Downtown sits on a slope overlooking Round Lake and a pretty marina; the main street is Bridge Street, which just has a real drawbridge that raises and lowers to let boats through. The city’s proximity to so much water have made it a big draw for tourism traffic, but when the summer hubbub dies down, this town of about 2,500 year-round residents is lively and tight-knit, with plenty of community pride. Public spaces, beaches and parks are a priority.

East Jordan has roughly the same size population of Charlevoix, but is quieter in the summer months. It sits farther inland, where the mouth of the Jordan River meets the skinny southern arm of Lake Charlevoix. The community here embraces the arts and the outdoors, as seen in beloved institutions like the Jordan River Arts Council and Raven Hill Discovery Center (the latter being a hands-on science, history and art museum). East Jordan is also the gateway to the beautiful, wild, off-the-beaten-path Jordan River Valley, an 18,000-acre block of state-owned forest land, including old-growth forest and the Jordan River.

Video of the Jordan River.

The next-largest mainland village is Boyne Falls, where you’ll find ski-mecca Boyne Mountain and about 300 residents. From there, there are 22 other rural communities in Charlevoix Township, including Beaver Island some 32 miles out into Lake Michigan—home to 600 year-round residents, its own school district, and a rich, quirky history (accessible via a two-hour ferry ride departing from Charlevoix).

The economy here, as it is in much of the region, is largely driven by tourism—specifically the service and retail industries. But there are other industries making their mark here, including manufacturing and engineering. The five largest employers in the county are Boyne USA Inc., which operates Boyne Mountain resort in Boyne Falls; the iron foundry East Jordan Iron Works; plastics producer LexaMar Corp., Grandvue Medical Care Facility; and Charlevoix Area Hospital.

When it comes to quality of life in Charlevoix County, a big part of the picture here is the outdoors. With abundant opportunities for skiing, hunting, fishing, camping, boating, hiking, cycling and other activities, recreation is naturally incorporated into people’s everyday lives.