A Wedding at The Inn at Bay Harbor 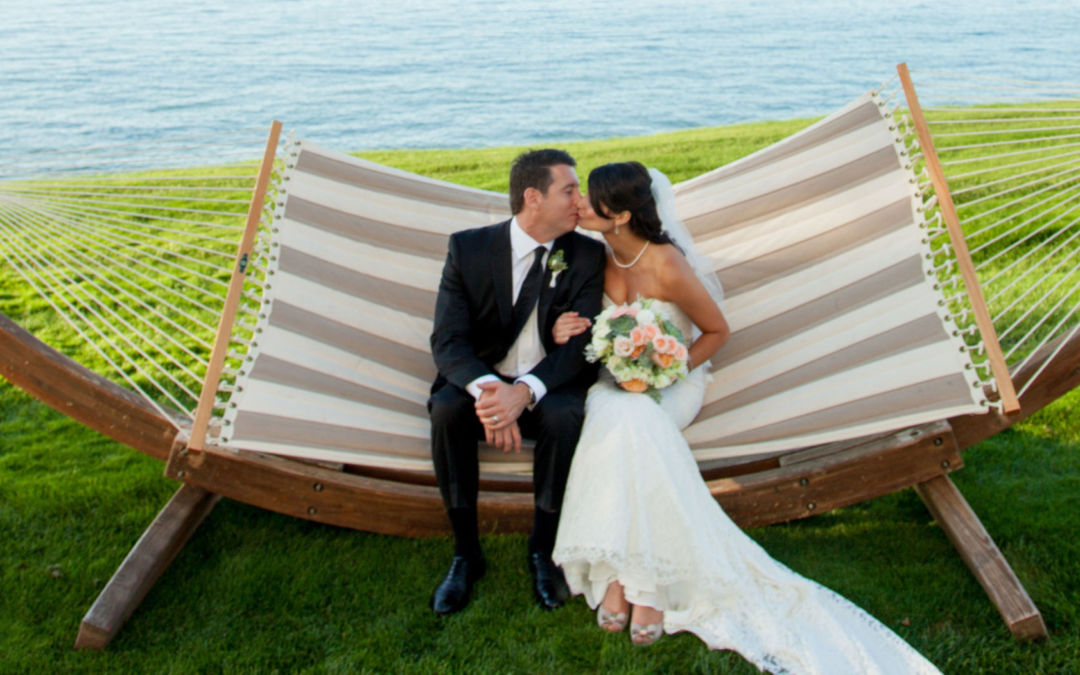 Jeff and Melissa only had three months to plan the wedding of their dreams at The Inn at Bay Harbor, but when it came to their wedding day, it looked anything but rushed. The story of their wedding day was originally published in MyNorth Wedding 2015: A Magazine for Couples Who Love Northern Michigan. 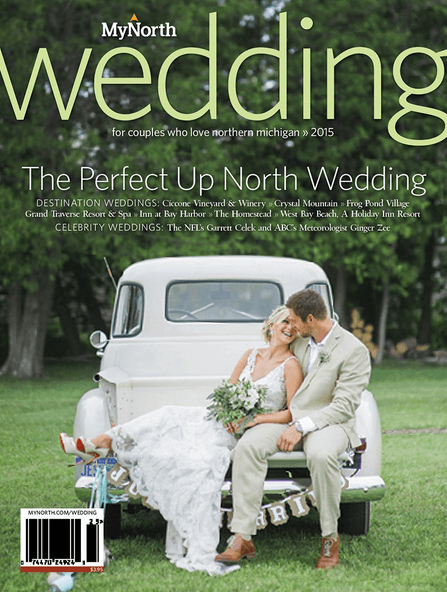 Jeff Miller and Melissa Moline had recently become engaged when Melissa got another big question popped to her—this one from Brie Kear, sales manager at the The Inn at Bay Harbor: Could Melissa plan her wedding by the end of September, in just three months?

The back-story: After Jeff proposed to Melissa (at the Waldorf Astoria in Chicago, where a surprise of flowers, champagne and ring were waiting!) The Inn at Bay Harbor was the couple’s first choice for a wedding venue. The classically beautiful venue set on Lake Michigan could fulfill their wish to be married beside the water. Moreover, it was an ideal destination wedding location for Jeff’s family in Kansas City, Missouri, and Melissa’s in Alma, Michigan.

The couple was broken-hearted to find, however, that The Inn was booked out much further than they wanted to wait. Then at zero-hour, a cancellation rescued their dream. Thrilled and a bit nervous, Melissa and Jeff shifted into wedding prep overdrive.

On the day of the wedding, Melissa and her friends hit the one-of-a-kind boutiques of Bay Harbor and Petoskey, and Jeff and his guys visited local breweries. When the curtain finally went up on this wedding, every elegant detail was in place: it looked anything but rushed.

The event opened in the early evening with cocktails under a tent set up on The Inn’s wide green lawn and in sight of the simply elegant lakeside wedding altar. Guests mingled to the soft sound of the Bayshore Strings, a trio who put a classic twist on music as diverse as Jason Mraz and the Black Eyed Peas.

As the big moment approached, guests moved casually, some still with drinks in hand, to be seated in the en plein air ceremony venue. It was a fairytale setting: Powder blue sky, deep blue Lake Michigan, and an altar of white chiffon curtains embellished with matching bouquets of white and coral roses.

Melissa’s grandmother walked her down the grassy aisle decorated in luxurious swirls of white roses. And so began a ceremony that was a unique hybrid of two religions—Melissa is Catholic, and Jeff is Jewish.

Cocktails and appetizers followed, and then guests were seated in The Inn’s elegant dining room with its black-and-white tiled floor and row of glossy white ornamental columns. The plated dinner included salmon, beef tenderloin and garlic rustic potatoes. Before the dinner had ended the much-heralded Bluewater Kings Band from Detroit had the guests dancing to everything from Motown to old-school rock—and Jack Johnson’s “Better Together”—which Melissa and Jeff had spent two months practicing for their first dance as man and wife. While no doubt the couple is better together, they “messed up at the end of the dance,” Melissa says, with a laugh.

When guests weren’t dancing, they could toast marshmallows and build s’mores at an outdoor lounge equipped with fire rings. Guests also loved the Motion Booth—an updated version of a photo booth that puts live-action videos onto a screen. “We wanted to make our wedding a great time for the guests who stay at [places like] the Ritz Carlton, but we also wanted the people who love camping to enjoy themselves, too,” Melissa says.

After the reception, the party continued with pizza and drinks in The Inn’s South American Grille & Wine Bar—a fitting ending for an event that blended an upscale resort vacation with the casual ambiance of a get-together with friends and family.