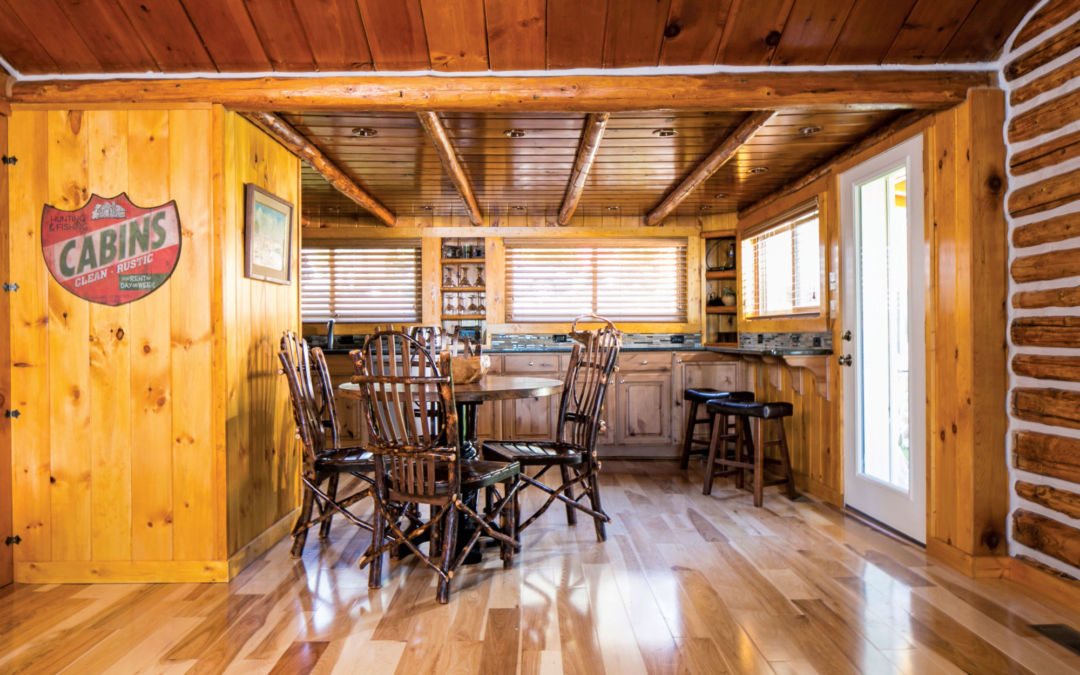 A painstaking renovation reveals the inner beauty of a classic Michigan log cabin on Lake Charlevoix in East Jordan.

This home is featured in the February 2015 issue of Northern Home & Cottage, a bimonthly publication included in all subscriptions to Traverse, Northern Michigan’s Magazine. Subscribe.

It wasn’t always quite so idyllic. When the family bought the two-bedroom, 1.5-bath cabin and bunkhouse with 60 feet of frontage in 2004, it was more ugly duckling than swan. “While the exterior was obviously log, the interior had been paneled over and the once-vaulted ceilings hidden by 1960s-looking tile,” Al explains. “The interior was completely blah, but we knew there was potential, and we could put up with what was there and simply enjoy the lake.” 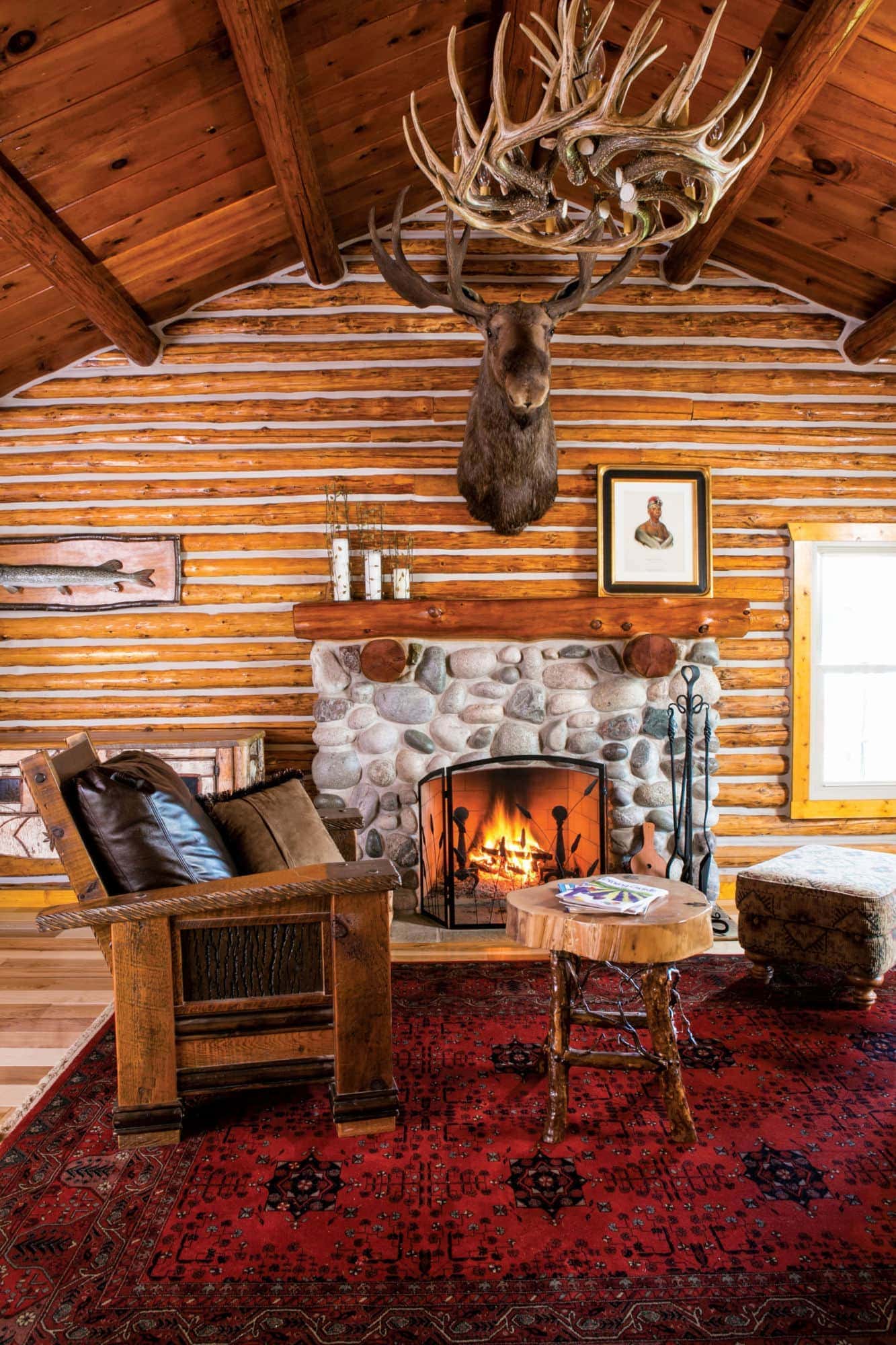 The Zehnders took their time with repairs, focusing initially on the exterior, refinishing and rechinking vintage logs and replacing existing brick and cinderblock with real stone. But through the years, Al had a recurring thought. “What kept gnawing at me was the knowledge that behind all that ugly paneling lay the real log cabin built in 1948,” he says. The cottage was originally part of a three-cottage row on the lake; two of the cottages still stand. The Zehnders could see the logs and the vaulted ceiling when they went to the attic. When the family replaced the windows, and the paneling was momentarily removed, the logs were exposed for a glimpse—teasing Al’s renovation desire. “My hesitancy in beginning a full restoration, beside the cost, hinged on finding the right builder. I interviewed a few over the years, but they just didn’t feel right,” Al says.

Serendipity took over one evening at Murray’s Bar & Grill in East Jordan. There, Al noticed a local tourist guide ad for log home restorations and builder Larry Lelito, Jr. of Williamsburg. Al made a call, and “something clicked,” he says. “He talked the language of log homes, he had done this before, his dad was a builder, he wasn’t intimidated by the project … in short, he said all the right things,” Al says. 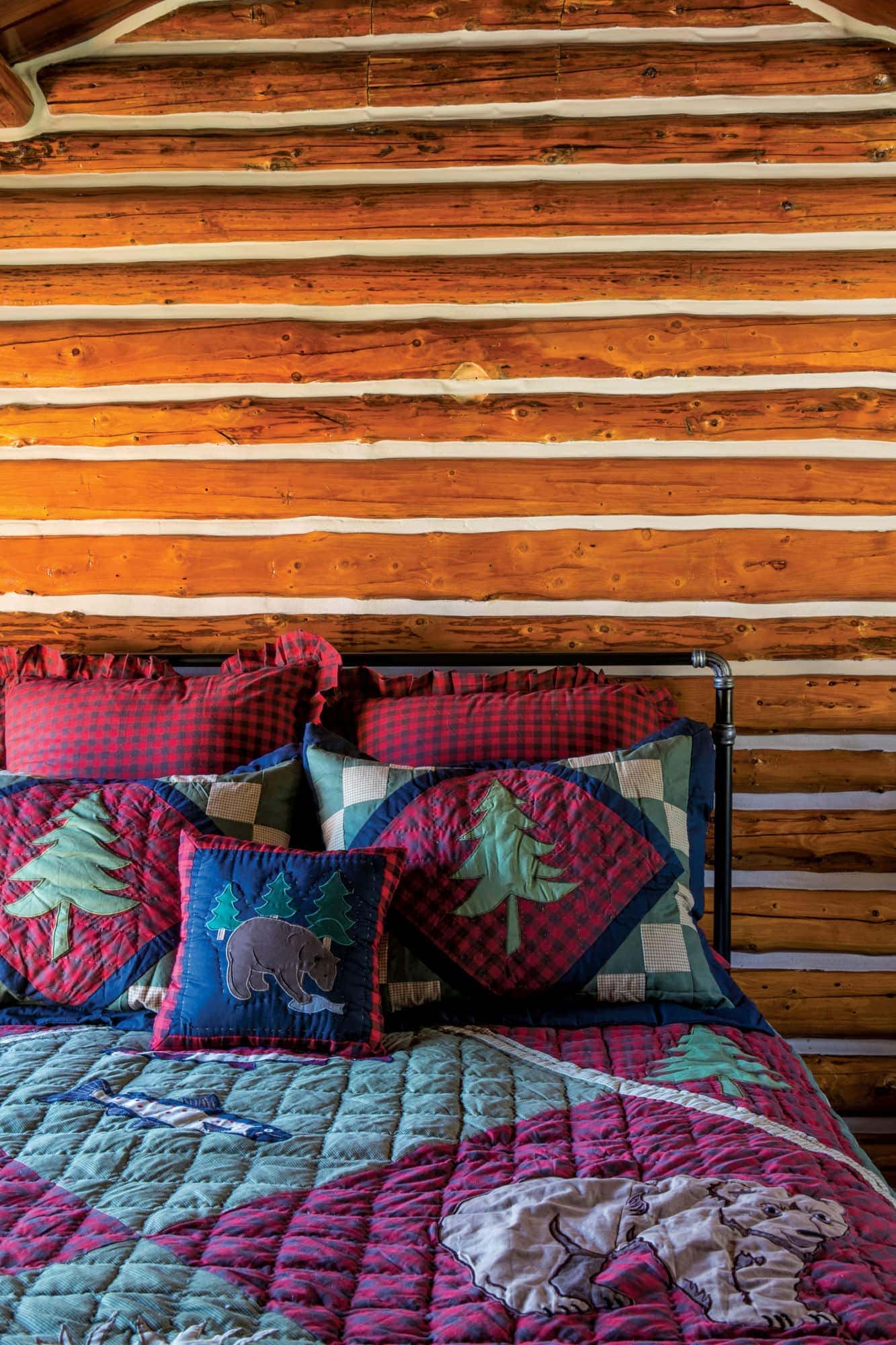 The Zehnders started slowly. They renovated the lakefront living room. They converted a large walk-in closet into a waterfront bedroom. Then they turned the cabin over completely to Lelito’s crew in the fall of 2012. “It’s not an exaggeration to say that not one square inch went untouched,” Zehnder says, of the 1,350-square-foot cabin.

The crew worked through the summer of 2014 on restorations and updates, removing the remaining paneling and drop ceilings and revealing, to the family’s surprise, logs, paneling and woodwork still in wonderful condition; some needed little attention. “Larry would text me pictures as they were proceeding, and we stood in mutual amazement, 180 miles apart, at what had been covered for over 40 years,” Al says. 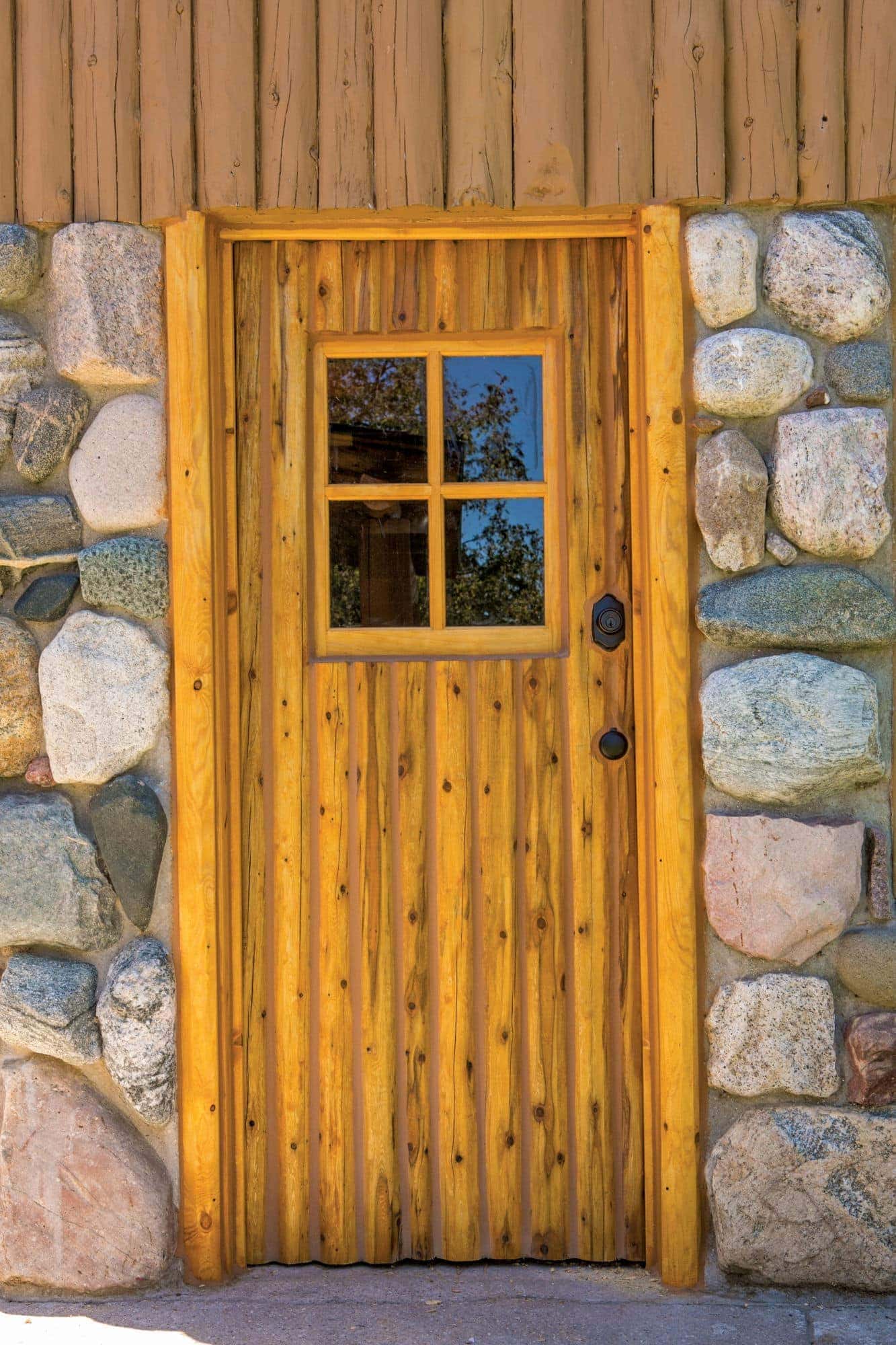 Other changes included rebuilding the substandard fireplace, reinforcing the roof structure and adding a new insulated surface, re-lighting and re-wiring to bring the structure up to code, adding new plumbing and a new central air-conditioning and heating system and a new porch with stone pillars. Al and Karen made the 360-mile round trip about once every 10 days to check on progress. A decade after it was purchased, the cabin is at last what the Zehnders always knew it could be—a comfortable second home with sleeping loft and a charming guest bunkhouse. While the cabin is essentially new, the family doesn’t think of it that way. “It feels like it always should have, it feels original,” Al says. 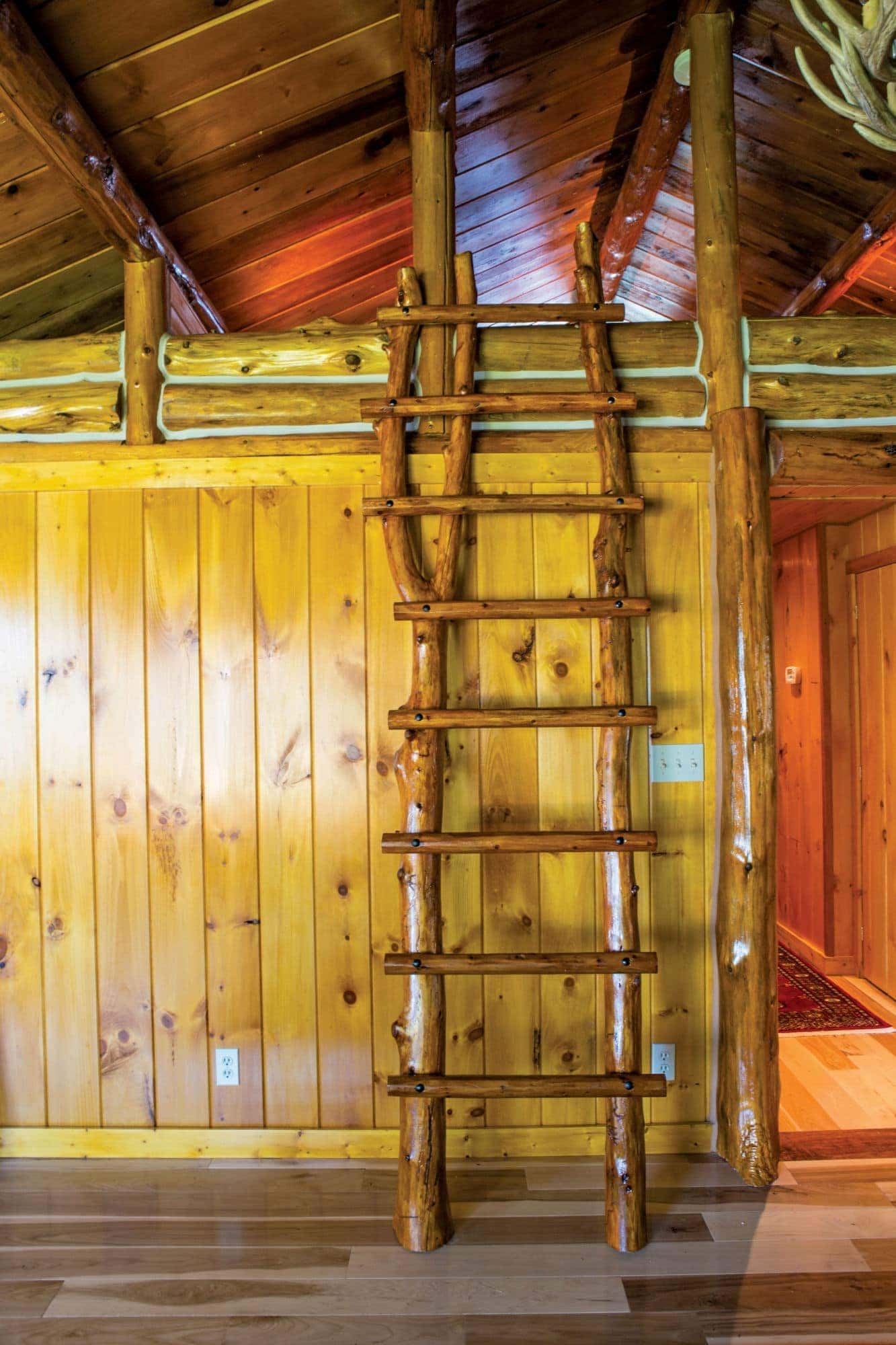 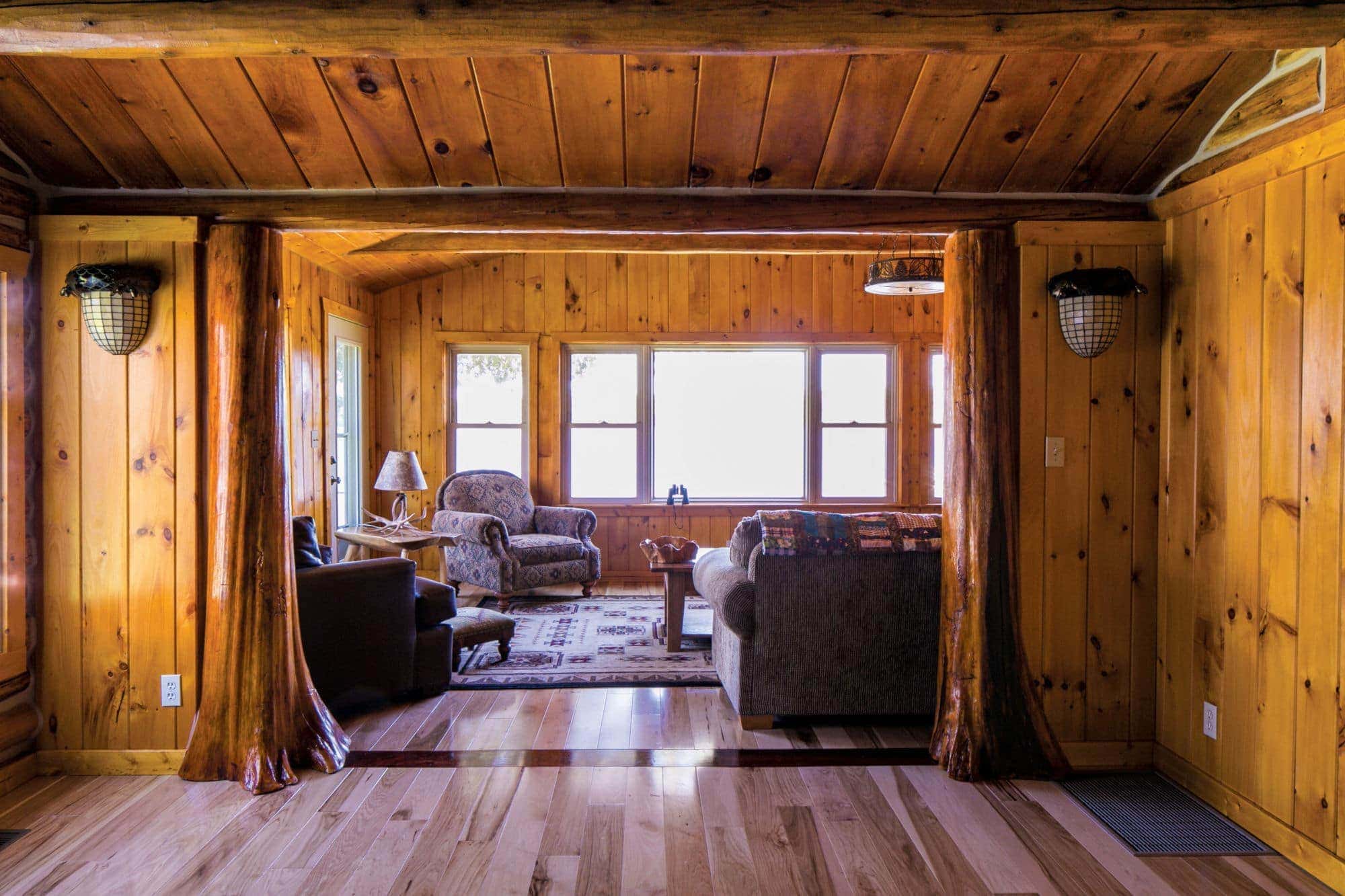 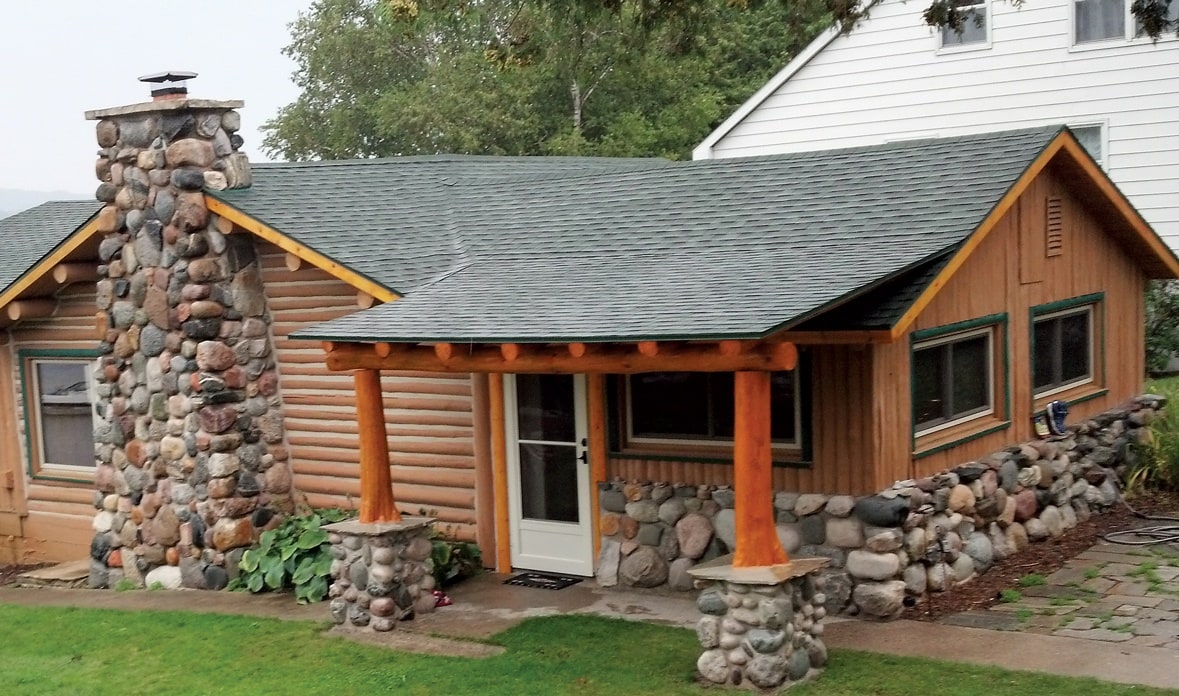