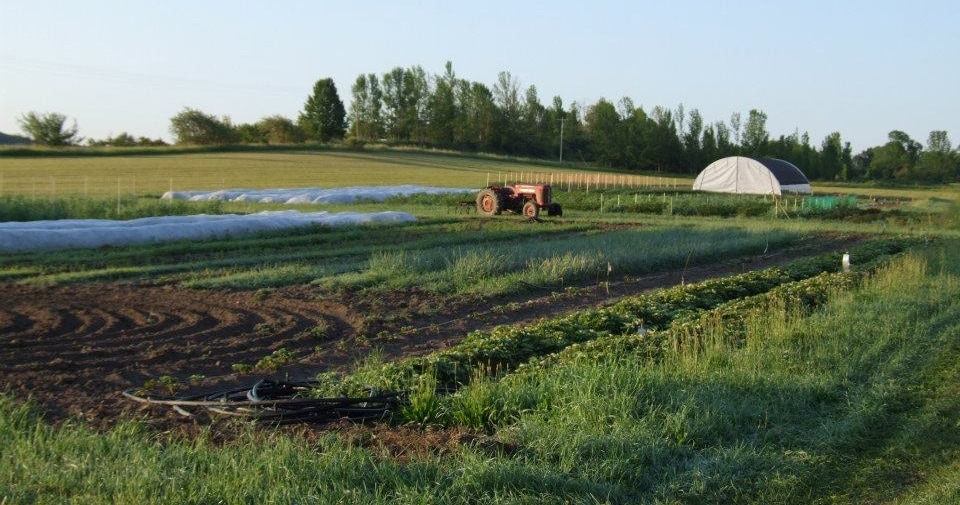 January 21, 2015 (Traverse City, MI) — New this year, MyNorth Media, publishers of Traverse, Northern Michigan’s Magazine, will produce Michigan Land Use Institute’s Taste the Local Difference as a magazine that combines the utility of the previous maps with fascinating stories and stunning photography of the Northern Michigan food scene.

“We were honored when MLUI approached us about producing Taste the Local Difference as a magazine,” says Deborah Wyatt Fellows, founder of Traverse, Northern Michigan’s Magazine and president of MyNorth Media. “Since our very first issue almost 35 years ago, we’ve covered Northern Michigan’s local foods, of course, we didn’t use expressions like “farm to table,” or even, “local food,” but then and now we capture what’s local, beautiful, smart and delicious and share it on our pages, videos, websites and now, the Taste the Local Difference magazine.”

For a dozen years, the Michigan Land Use Institute and other food system partners have produced a variety of communications to connect Northern Michigan food producers with the public. Communications have been brochures, booklets and maps, seeking to expand the region’s use of its local food sources by consumers.

“We wanted to bring the directory listings to life,” says Bill Palladino senior policy specialist at MLUI and the project manager of the Taste the Local Difference project. “As our partner, the Traverse Magazine staff adds character to the data, capturing the personalities who have worked so hard to make our gorgeous orchards, fisheries, vineyards and farms produce notable culinary ingredients touted by celebrity chefs and area accolades.”

In its twelfth year of publication, the Taste the Local Difference® 2015 Guide to Food & Farming promises to be the most comprehensive publication of its kind. Spanning 10 counties in northwest Lower Michigan, it is the go-to source for connecting with this region’s famed local food scene.

“We’ve been covering MLUI and the local food scene for 35 years, and we’re thrilled to collaborate in this new way,” says Jeff Smith, vice president editorial and editor of Traverse Magazine. “We have great respect for MLUI and Northern Michigan’s farmers, chefs and gourmet foods producers who have made Northern Michigan a very bright spot on the national map. The Taste the Local Difference magazine will have all the qualities that our great magazines have. It will be beautiful, it will be engaging, it will be useful—a keeper for sure.”

Flight Path Creative, a Traverse City full-service brand communications firm founded by Aaron Swanker and Dan Smith, is designing maps and also produces the Taste the Local Difference mobile application. The Taste the Local Difference app uses the latest in GPS technology to guide one directly to the local farm, retailer, or restaurant sought. One can search by farm, by food, or by location. One can even use the phone’s navigation app to get turn-by-turn directions.

More than 600 farms and businesses are expected to participate in the Taste the Local Difference magazine next to stories about food, farming, eating, drinking and all the things that make up Northern Michigan’s renowned foodie culture.

The Taste the Local Difference Guide has a solid following with this expanded print edition reaching 32,000 homes and businesses. Distribution is accomplished through a proven network of partners including CVBs, chambers of commerce, retail grocers, restaurants, institutions, and farm stands across the region, including:

Additionally, MyNorth Media will provide additional visibility of the publication on MyNorth.com reaching an average of 100,000 visits monthly, in its email newsletters reaching 74,000 subscribers and through ShopMyNorth where out of state visitors can have the publication mailed to them.