Tapping into Community: Inside the New Paddle Hard Brewing Co.

The steadfast vision for Paddle Hard Brewing Company is now a bustling reality for owners Cindy & Dave Vargo. Since Paddle Hard opened its doors in December, downtown Grayling is glowing with the kind of ambition a promising young business musters up. Delicious food paired with a great beer selection meld with the good vibes of a community well-stitched. So we had to know more, and that’s how we met owner Dave Vargo who has us convinced that Paddle Hard is leading a change.

Dani: Was it a lifelong dream, a passion for microbrew? How did the idea for Paddle Hard Brewing come to exist?

Dave: We first thought about putting a small batch brewery in Grayling during one of our many long drives to Traverse City. We spent so much time and money going to Traverse City and Bellaire to get awesome beer and that brewery vibe that we enjoyed being a part of. You could say that the idea for Paddle Hard was actually born in our car on the way to Short’s in Bellaire. 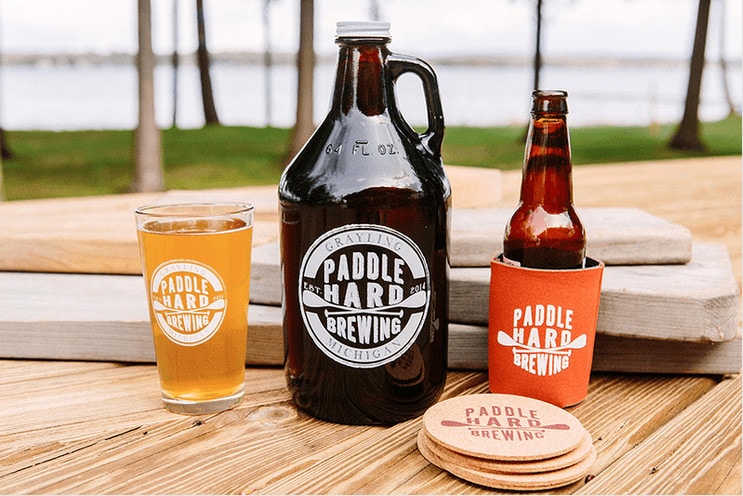 photo by The Compass Points Here

Did the Au Sable River and Grayling’s reputation for fly fishing and canoeing influence the name?

Dave: Once we became serious with the idea of actually executing our plan of action to form Paddle Hard, we put a ton of thought into the name. There are so many things that Grayling is known for. We wanted to put Paddle Hard in a town that would embrace and celebrate what we were doing. So one night in bed pushing names around, we finally wrote down 5 names that we thought would work. We chose Paddle Hard not because it sounds awesome, but because we thought it was perfect for everything Grayling. It was for the town.

Before we get to the beer, we have to address the awesomeness of your setup in downtown Grayling. Folks walk into Paddle Hard Brewery, but that’s not all, they also have access to a wine tasting room and a great art gallery. Your layout makes a statement about the brewery’s presence within the larger community. Can you tell us about that? 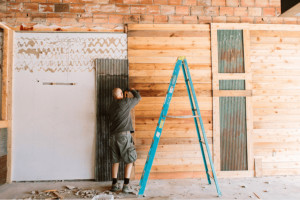 Dave: When we were researching areas to put Paddle Hard we had strict criteria that had to be met, and walkability was in our top three must-haves. During the build out, the art gallery, AuSable Artisan Village, became very excited about what we were trying to do in the community and wanted to know how we could include them into our plan. So after pushing some ideas around, we came up with the idea to lease some space from the art gallery and build the wine tasting room—the perfect way to drive traffic between the three businesses. It was a way for patrons to grab a beer, taste wine and then buy art. Our ultimate goal is to get other businesses in town to see how we can be much more successful if we work together.

Tell us about Paddle Hard’s brews. What’s going into them and who’s the mind behind the brews?

Dave: The beer is great!! Our beer is all about what sounds good and giving the consumer what they want. We take into consideration the feedback we get from our customers each day and what they think would be awesome to drink here at Paddle Hard. Our beers have been named after our famed canoe marathon. Each beer was named after a checkpoint in the race. We continue to keep the river theme, but also pledge to give the rest of Grayling and all that’s cool here a chance to have a brew named after it. Its all about the community. And that’s how we brew, for our community.

I imagine Paddle Hard will be a destination for foodies and microbrew enthusiasts traveling to and through Grayling to get Up North or down state. Have you had a lot of travelers since you opened?

Dave: You gotta love the I-75 Business Loop. We have gotten a ton of travelers going to or coming back from T.C. But we are also getting a lot of people coming over from the east side of the state.

Word of mouth is going to travel fast about how amazing your flatbreads are. That crust is in a league of its own! What’s the secret?

Dave: The crust and sauce are from a recipe that we had a chance to develop over the years. We stand behind our sauce and crust and are proud to say we think it’s the bomb!! The secret to the perfect crust for us is our own brewed beer added into the recipe to create that little crunch and awesome taste. The top three sellers for us have been Meat You at the Finish Line, BBQ Chicken and the Thai’d Up Paddler. All three are awesome.

Any plans for live music in the space?

Dave: We have a ton of plans for this winter and spring. We are also going to start some live music. We have a great indie music scene here in Grayling and we want to tap into that.

Many folks, locals and travelers, alike, are going to be frequenting Paddle Hard. How do you think this will impact downtown Grayling?

To learn more about Paddle Hard Brewing Company visit them on Facebook and don’t miss this awesome short video produced by videographer and the designer of Paddle Hard’s logo, Michael Kent of TheCompassPointsHere.com. 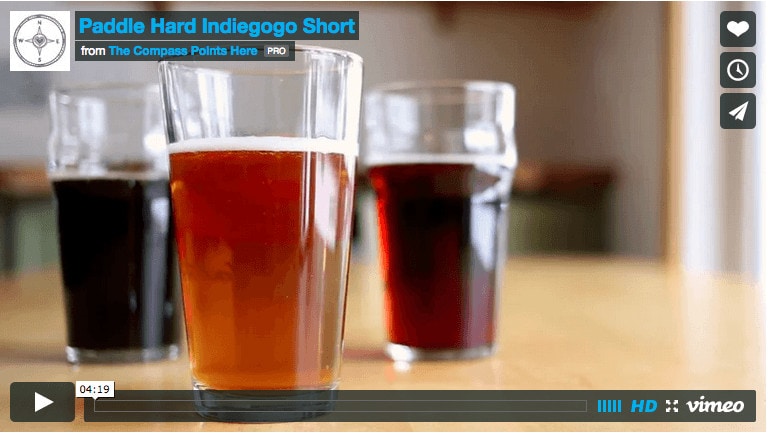