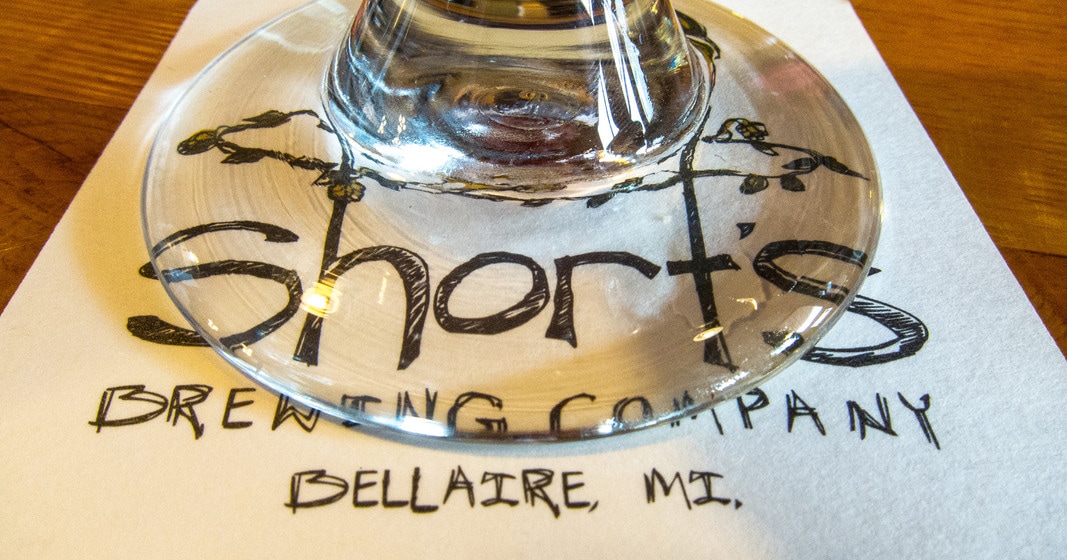 BELLAIRE: This week, Short’s Brewing Company of Bellaire, Michigan announced production growth of 51% for year end 2014. Short’s, founded in 2004 by Joe Short, brewed 22,866 barrels of beer in 2013 and 34,443 barrels of beer in 2014 – that’s over 1 million gallons of beer. Much of Short’s growth can be contributed to the continued success of Short’s Flagship and Seasonal beers — specifically Soft Parade, Huma Lupa Licious, Local’s, and Short’s Seasonal Variety Pack.

While the growth of the brewery is impressive by itself, the 51% leap in sales is even more astounding when the company’s “Michigan Only, Michigan Forever” motto is taken into consideration. Short’s commitment to distribute beer only within the state of Michigan means that this growth was fueled entirely by those living and working in, or visiting Michigan.

In 2014, Short’s Production Facility in Elk Rapids, Michigan installed a new filter and an on site waste water pre-treatment system. Short’s also acquired property adjacent to the existing Production Facility to accommodate future expansion. 2014 was no small year for Short’s original location in Bellaire, Michigan, where they began the expansion of their Pub, including the renovation of an existing storefront which is now home to Short’s Mart, a Short’s merchandise store. Short’s double digit sales growth required additional manpower. Between the two locations the company added 32 employees in Antrim County. Providing jobs for the Michigan workforce is an important part of what drives Short’s Brewing Company to continue to grow in a sustainable manner.

When asked about Short’s growth, Brian Beckwith, Short’s CFO noted, “It’s been an exciting year for Short’s Brewing Company with our strong growth, especially considering we’re a Michigan only company. With the equipment and infrastructure we added to our production brewery last summer we look forward to another great year in 2015, with a planned production of over 45,000 barrels.”

In 2015 Short’s plans to complete an expansion in Bellaire that will add additional seating, bathrooms, a brand new kitchen as well as exterior upgrades. As usual, Short’s will bottle an impressive number of brews – over 50 Year-Round Flagship, Seasonal, and Limited beers will be released and sold throughout the state of Michigan. Short’s Pub will continue to pour unique Pub only brews and Short’s favorites from 20 taps.