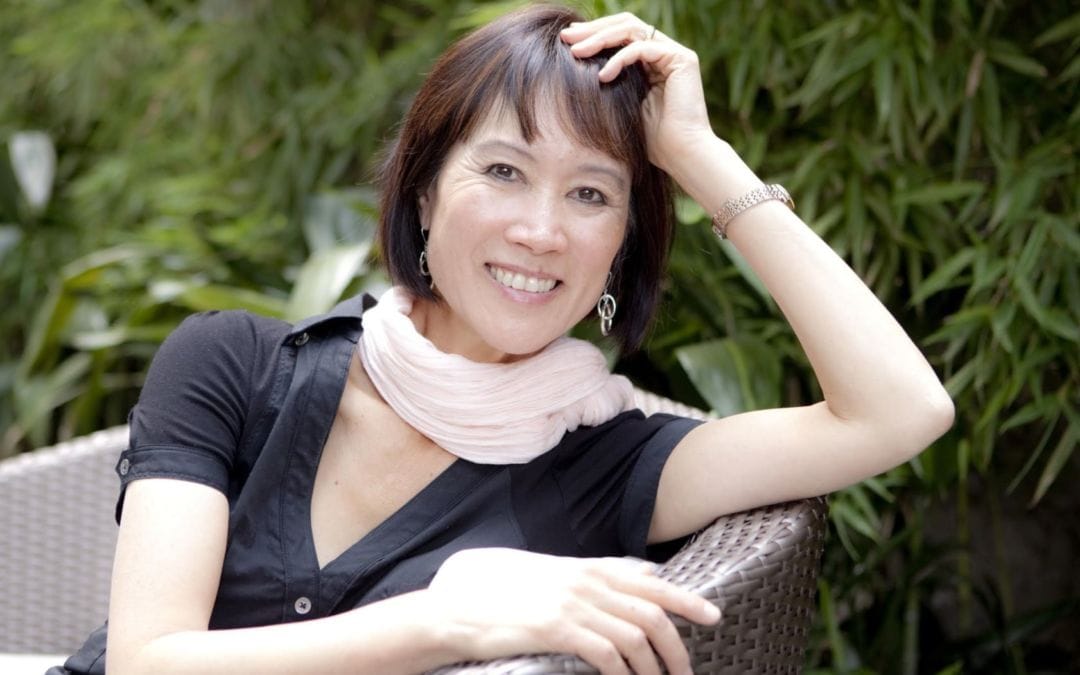 Tess was a practicing physician on maternity leave when she decided to pursue her lifelong passion for writing.

Her books have been top three bestsellers in the United States and number one bestsellers abroad. She has won both the Nero Wolfe Award (for Vanish) and the Rita Award (for The Surgeon). Her novels have been widely praised. The Philadelphia Inquirer called them “Pulse-pounding fun” and the Chicago Tribune deemed her books “Polished, riveting prose.”

For more information about “An Evening in Conversation with Tess Gerritsen” or to purchase tickets please click here.

Read below for a Q&A with NWS’ assistant director, Cymbre Foster and Tess.

Q: Early in your writing career you wrote quite a few romantic suspense novels until moving on to medical mysteries. What was the impetus that had you switching gears from romance to grit and gore?

Tess: Even my romantic suspense novels were thrillers. I recall my editor at Harlequin telling me that I had more homicide victims in my first novel Call After Midnight than any other romance novel they’d ever published! A steady diet of Nancy Drew mysteries as a child influenced my love of the mystery genre, and when I switched from romance to thrillers, it was very much a natural transition — back toward the genre I had loved as a child. Because of my medical training, it was also natural for me to “write what you know,” and that meant writing realistically about trauma.

Q: The plots of many of your novels reflect your interests or curiosities about a subject.  Have any fictional sleuths or detectives inspired your work?

Tess: I remember being utterly thrilled when I read Aaron Elkins’ mystery novel Old Bones, featuring a forensic anthropologist Gideon Oliver, originally published around 1987. Here was a mystery about a subject I had actually studied in college (forensic anthropology) and it opened my eyes to all the possibilities in fiction. It taught me that mysteries weren’t just about police detectives or private eyes — they were also about sleuths who weren’t cops, but who could have fascinating professions on the side.

Q: What’s the most fun about writing your Jane Rizzoli/Maura Isles series?

Tess: I love delving into new, sometimes obscure subjects which I can weave into the mystery. For The Keepsake, I researched Egyptian mummies, bog bodies, and shrunken heads. For Die Again, I learned a great deal about leopard behavior and biology. Writing novels allows me to indulge my sometimes weird curiosity.

Q: Your latest Rizzoli/Isles novel Die Again is getting great reviews. The Boston Globe says you have crafted a “whale of a mystery” and that: “She doesn’t shy away here from the nitty-gritty of blood, guts, and gore, both human and animal.” Is that your medical training coming through? Is there anything else that drives your work?

Tess: Oddly enough, I don’t really consider myself a purveyor of gore. I simply describe what the crime scene looks like, and that includes the state of human remains.  I shy away from depicting violence in my books, but focus on the aftermath: what does the detective see? What does the medical examiner see? They are simply professionals doing their jobs, and I need to put you in their heads so you can experience the investigation from their points of view. It would hardly immerse you in the scene if I simply wrote: “The body was in the corner.  He had been stabbed,” and left out the bloodstain patterns and the wound analysis

Q: I’m one of those people who loves a good scare – whether it’s via a movie, novel or a scary story around the campfire. Your books definitely tap into our primal fears. Why do you enjoy scaring the pants off your readers? And why do we as readers love it so much?

Tess: It goes back to my childhood of watching horror films.  My mom was an immigrant from China, with a somewhat shaky command of the English language, so the one thing she loved about American cinema was the horror film, which relies a great deal on visuals. She would take my brother and me to just about every horror movie that was released, and I spent some wonderful hours of my childhood screaming in movie theaters. I came to believe that the height of entertainment was to be terrified. I want to give my audience that same pleasure.

Q: Is there such thing as the perfect crime?

Tess: Yes. Definitely. I believe there are a great many murders committed every year which will never be solved, and can never be solved. But I’m not going to tell you how to do it!

See Tess in person on Tuesday, January 20 in downtown Traverse City at the City Opera House. 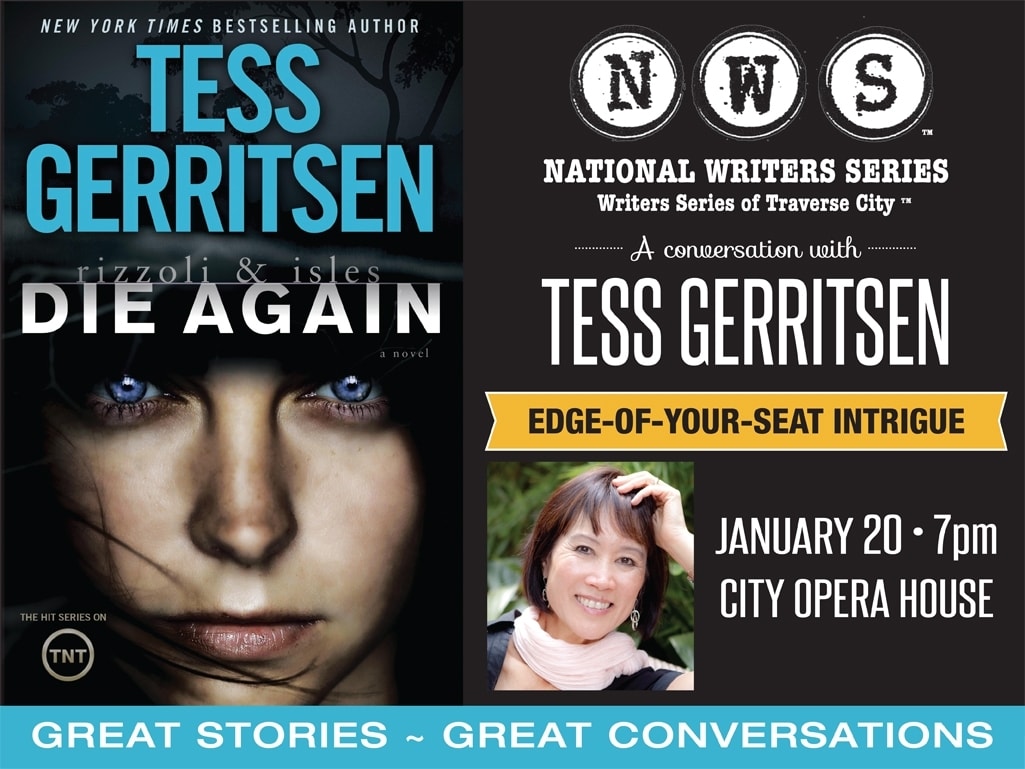