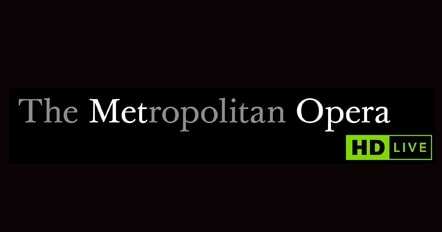 When the Metropolitan Opera is performed live on a New York City stage, audiences in Manistee and Traverse City have the best seats in the house.

The State Theatre in downtown Traverse City and the Ramsdell Theatre in Manistee are both venues that offer “The Met: Live in HD.” Through this program, the season of opera’s performed at the Met are streamed live directly to the big screens of theaters and venues across the U.S and globally.

Judy Trentham is the box office and house manager at the State Theatre and says that the State has been streaming the opera’s since they opened the theater in November 2007.

Judy says that the opera’s were “initially good outreach” and a way to get people into the theater. Now, eight years later there is a dedicated group of attendees.

“We have a very hardcore opera group,” she says. “Their devotion is amazing. We have people come that are local and from places like Northport, Frankfort, Charlevoix and Petoskey.”

Mike Terry, executive director at the Ramsdell Theatre says they are in their third season of streaming the Met Live and that audience turn out depends on the opera and ranges from a couple of dozen patrons to more than eighty opera lovers.

“Those in attendance have been very pleased with the telecast, many returning again and again to experience the simulcast in a Victorian era opera house,” Mike says. “It’s a very unique experience.”

At the Ramsdell the program is funded by ticket sales, donations from patrons and support from the City of Manistee.

Both venues are hoping that this program can continue into the future, which means that attracting a younger audience is important.

At the State, Judy says that getting younger kids to come has been “a struggle” mostly because students don’t have much extra time. They have an anonymous patron that is working to encourage local students from the TCAPS area to attend.

“We’ve seen mostly Interlochen students in particular because I think it’s easier for them and it’s part of their education,” she says. “They have just been in awe watching it.”

At the Ramsdell, Mike says that the audience is made up of primarily baby boomers with “a few Generation X from time to time.” He says that they have had a few teens in attendance.

“We did have a couple of teenagers ‘sneak in’ during a simulcast, they watched pretty intently for about a half hour and then left.”