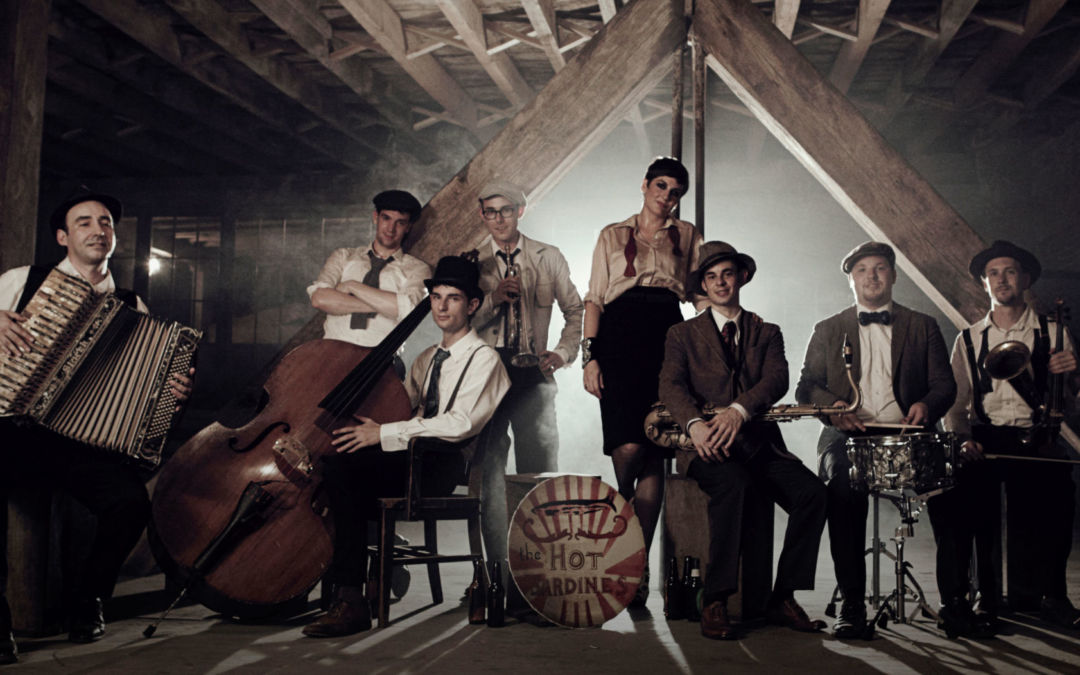 One of the hottest bands in jazz is coming to The Traverse City Opera House on February 10, 2015 as part of their first North American Tour in support of their newly released self-titled debut album, The Hot Sardines, available now on Decca/Universal Music Classics.

Bandleader and pianist Evan “Bibs” Palazzo and lead singer Miz Elizabeth combine with the Sardine ensemble of powerhouse musicians – and their very own tap dancer – to play hot jazz as it was in the era when live music was king. The brainchild of Bibs and Miz Elizabeth, the Sardine sound fuses musical influences from New York, Paris, and New Orleans that were nurtured from the Prohibition era through the Great Depression, WWII and beyond. Their debut album was produced by Eli Wolf (Norah Jones, Elvis Costello & The Roots, Al Green) and features both early jazz classics and original new Sardine compositions.

Media have already taken notice. Esquire included The Hot Sardines on a short list of house band suggestions for Seth Meyers’ show alongside the likes of Norah Jones and The Foo Fighters, commenting, “Why not go old-school, like 1920s, ’30s, and ’40s old-school? The Hot Sardines are a New York-based brass jazz band that specializes in classic pop and jazz tunes from first half of the 20th century. Hell, they even have a tap-dancer.” Additional press raves came from Vanity Fair, who said they have “a sound and style that are distinctly their own,” Forbes, who called them “one of the best jazz bands in New York City today” and Popmatters.com who said they are “unforgettably wild… consistently electrifying.”

The Hot Sardines are truly a band to watch. Purchase tickets on The City Opera House website.

Photo(s) by The Hot Sardines