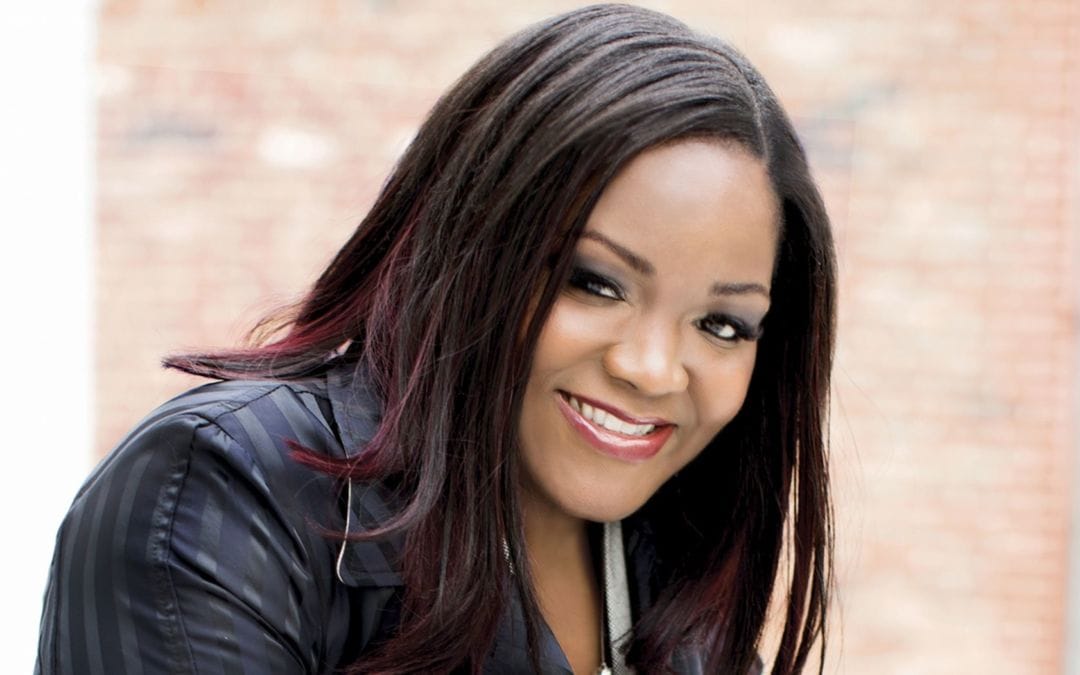 Singing sensation — and two-time Grammy Award nominee — Shemekia Copeland will perform live at Pearl’s New Orleans Kitchen in Elk Rapids on Tuesday, February 17, 2015. Copeland, newly re-signed to Alligator Records (the label she called home from 1998 through 2005), is currently recording new material for a Fall 2015 release with musician Oliver Wood (of The Wood Brothers) producing. Her wide-open vision of contemporary blues, roots and soul music showcases the evolution of a passionate artist with a modern musical and lyrical approach. The Chicago Tribune says Copeland delivers “gale force singing and power” with a “unique, gutsy style, vibrant emotional palette and intuitive grasp of the music.”
Concert information is as follows:

Copeland, daughter of late Texas blues legend Johnny Clyde Copeland, is excited to be back on Alligator. “Historically, Alligator has consistently put out the world’s best blues music. Now I’m back to make a little history myself.”

Alligator Records president Bruce Iglauer couldn’t be happier. “I’m thrilled to welcome Shemekia back into the Alligator family. When we first signed her in 1997, she was already a mature and extremely soulful blues singer. Now, with the experience of thirteen more years of live performances, she has blossomed into a charismatic artist who can deliver roots rock, Americana and blues with equal power and authority, and with wonderful subtlety, shading and nuance. We’re very much looking forward to her next album, and proud to have it coming on Alligator.”

When a young Shemekia Copeland first appeared on the scene in 1998 with her groundbreaking debut CD, Turn The Heat Up, she instantly became a blues superstar. Critics from around the country celebrated her music as fans of all ages agreed that an unstoppable new talent had arrived. News outlets from The New York Times to CNN took note of Copeland’s talent, engaging personality, and true star power.

Copeland followed up with 2000’s Grammy-nominated Wicked, 2002’s Talking To Strangers (produced by Dr. John) and 2008’s The Soul Truth (produced by Steve Cropper). In that short period of time, she earned eight Blues Music Awards, a host of Living Blues Awards (including the prestigious 2010 Blues Artist Of The Year) and more accolades from fans, critics and fellow musicians. Two highly successful releases on Telarc (including 2012’s Grammy-nominated 33 1/3) cemented her reputation as a singer who, according to NPR’s All Things Considered, “embodies the blues with her powerful vocal chops and fearless look at social issues.” USA Today said, “Copeland is a singer with fervor and funk, power and range.” She has appeared numerous times on national television, National Public Radio, and in newspapers and magazines. She is a mainstay on countless commercial and non-commercial radio stations.

Copeland has performed thousands of gigs at clubs, festivals and concert halls all over the world. She’s played with Eric Clapton, Bonnie Raitt, B.B. King, Buddy Guy, Mick Jagger, Keith Richards, James Cotton and many others. She opened for The Rolling Stones and entertained US troops in Iraq and Kuwait. At the 2011 Chicago Blues Festival, Joyce Threatt, daughter of the late Koko Taylor, presented Copeland with Taylor’s tiara, and both the City of Chicago and the State of Illinois, by official proclamation, declared Copeland to be the new “Queen Of The Blues.” In 2012, she performed at the White House for President and Mrs. Obama.

As always, Copeland has her eyes firmly fixed on the future, prepared to continue to break new musical ground. “I want to keep growing, to be innovative,” she says. “So it’s not that I’m going back to Alligator. I’m moving ahead with Alligator. Together we are going to make the most exciting music of my career.”