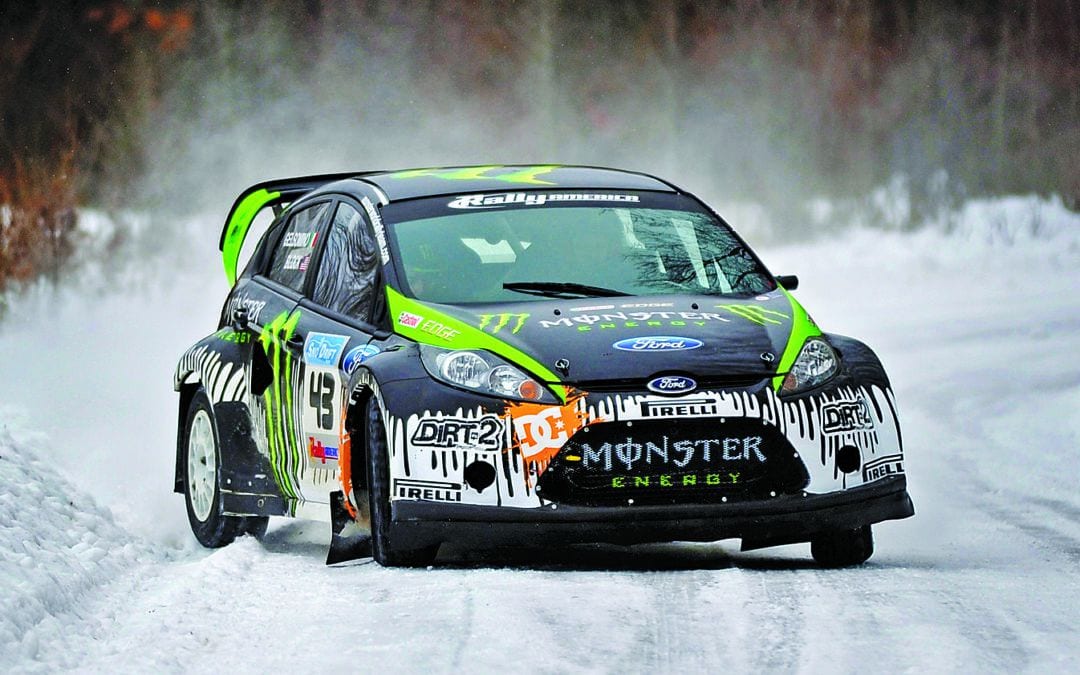 Snowy Races for January was originally published in the January 2015 issue of Traverse, Northern Michigan’s Magazine. These unusual January getaways lure you out of your comfort zone and into the fun zone!

You’ll watch, not join, professional car drivers as they race (and slide) along back roads in the unusual Sno*Drift Rally, in which competitors—one at a time—negotiate a snowy road course with the goal of driving as fast as they can across Montmorency County. The Atlanta race, celebrating itshttps://mynorth.com/wp-admin/post.php?post=78869&action=edit 48th anniversary this year, is described as the most unusual race of the national Rally America championship series. Stay: Treetops Resort, where you can fulfill your need for speed on slopes, snowmobile trails or tubing hills. Also try Treetops’s Skiable Feast event, five trailside buffet stations along cross-country ski trails. January 17.

More group adventure than competition, the Moose Jaw Safari has attracted snowmobilers to its annual January event for 50 years as of this year’s January 17 event—making it, organizers say, the oldest annually held snowmobile gathering in the world. The success may be owed in part to the ease of participation. No permit, registration or fee is required; you just show up in time to leave with the group at 10 am, and the rest will be history, literally. Started in 1965 by four riders who made it only to Moose Jaw Road before getting turned back by a blizzard, the Moose Jaw is noted for its embrace of the past (the older your sled, the better) and famous bean soup. Stay: Petoskey’s Odawa Casino Resort Hotel, which hands out trail maps and has a parking lot connected to the trail.

Standing on a sled behind a team of speeding dogs is an adrenaline rush in itself, but why not dial it up a notch by driving a team in an official race, the Tahquamenon Country Sled Dog Race, on January 10. A new trip offering by Nature’s Kennel in the Upper Peninsula lets newbie dog-sledders drive a four-dog team in a 13-mile race ($800 for the package); those with even a bit of experience can opt for a six-dog sled and a 20-mile race ($950). All participants are given a day of training, a loaner team and equipment, some meals and more prior to participation in the event. If you’d prefer a more gradual intro to the sport, opt for the non-competitive option of a sled dog day-package. Lodging and fireside meals at cozy Chamberlin’s Ole Forest Inn, in Curtis. 906.748.0513.

At the Bigfoot Snowshoe Race (January 17) racers looking to qualify for the U.S. National Snowshoe Championships (end of February) start in the elite corral; everyone else just gathers with an attitude of fun and an ability to walk or run in this 5K or 10K race at Timber Ridge Resort. Register around the fire in the log lodge, strap on the big shoes and run. Just pay close attention. The course leads over logs and under branches.

Head to Bowers Harbor Vineyard and go the slow travel route, snowshoeing at your own pace between the rows (carrying a wine bottle, if desired). Warm-up bonfires crackle each winter weekend. For stay options and current specials, click here.

10 Reasons to Head Up North Now