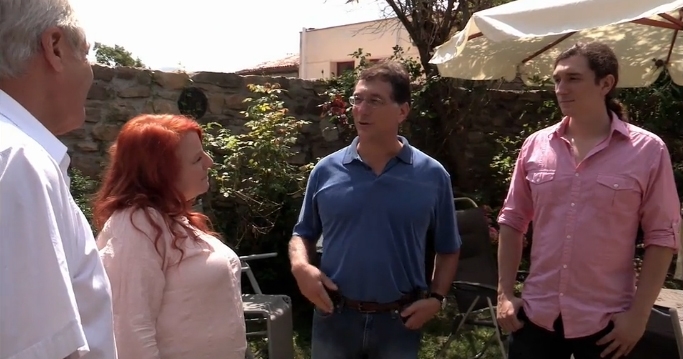 Rick: Well, we got some data—refined data—from one of the instruments we sent underground. And it was quite revealing.

Marty: But we don’t know about season three, yet. We’re not even sure if History wants another season.

As kids in the 60’s, you two were originally attracted to Oak Island by a Reader’s Digest article, and now you get to pass on that interest to the next generation through your show.

Rick: We love the fact that people have been so enamored of the story.

Marty: Apparently a lot of people watch it as a family. I really like that.

Rick: What I like about the show is, well, usually when you turn on TV, it’s an “entertain me” experience—you sit in front of the TV, and you want to be entertained. That’s all. This show let’s you invest in it. It lets you almost interact with the show. What would I do if I were there? Where would I look? What do I think? Who did it? You can invest yourself in it, and rare is the TV show that allows you to do that.

What’s it been like trying to solve the mystery of Oak Island with your family?

Rick: There’s a legacy of family involvement on Oak Island. All these different families: the Blankenships, the Restalls, the Nolans…it goes on and on. Fathers to sons, and then to their sons.

Rick: Well, when people say it’s a hoax—you scam someone and then run off—that’s not what’s happening on Oak Island. You don’t perpetrate a hoax through your family. The same families come back to it over and over again because they believe.

I remember what my mom would say to my dad when she found out we were reading about Oak Island. She’d say, “George, what kind of kids are you raising?”—as if she had no say in the matter, you know. But when we actually started on Oak Island—and this was when my mom first started suffering from Alzheimer’s—she said, “When you boys find what you’re looking for, you can put it right down in the basement once you get back.” My dad said, “Just do good with what you find. Do good.”

You traveled to Europe to follow a few leads. When you first invested in the island, did you ever think you’d end up in France?

Marty: When I stood up on the top of Montségur [a medieval French fortress] and looked out, I thought, Jeez, who would have thought that this would bring a couple guys from the U.P. here? Seriously?

Photo(s) by History, The Curse of Oak Island