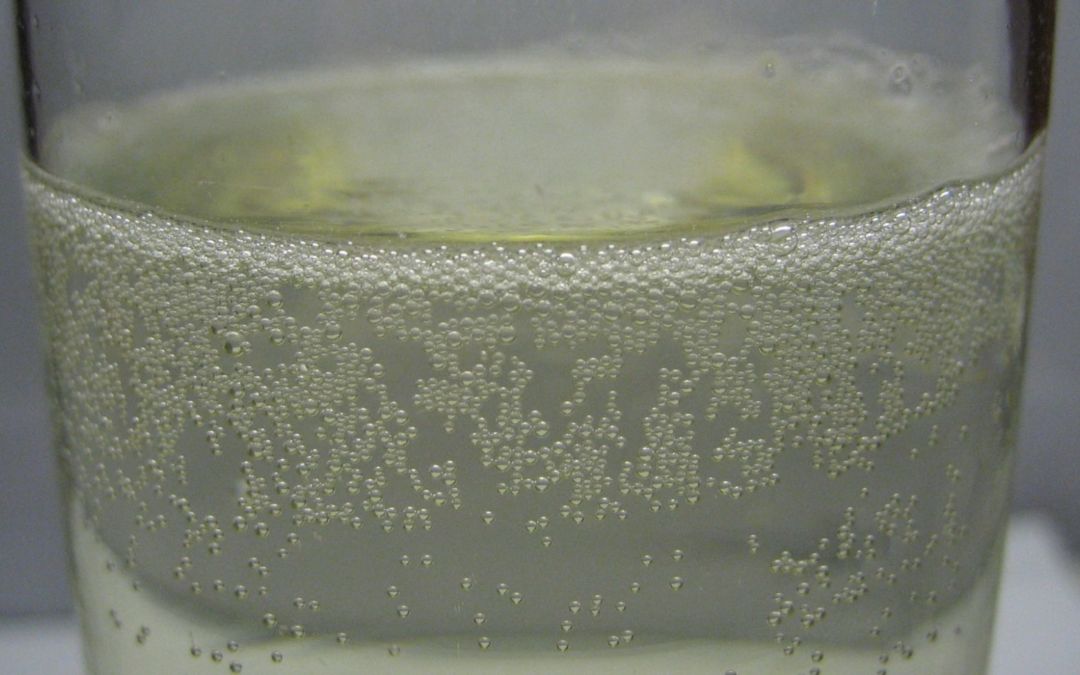 Ring in the new year in Northern Michigan at a party near you. If you’re throwing your own bash take note of some of the following celebratory drinks! This article was originally featured in the January 2015 issue of Traverse, Northern Michigan’s Magazine.

Born of a happy accident in France’s Abbaye de Sainte Hilaire, sparkling wine has been lowering inhibitions for nearly five centuries. The bubbles in these wines derive from a second fermentation wherein yeast and sugar are added to still wine in tank (the cuve close, or Charmat method) or in bottle (the méthode champenoise, or traditional method), and the resultant CO2 stays trapped in the wine. With a new year and several months of ski season to celebrate, we take up our flutes and sip through a few of the North’s best bubblies.

A sparkling trifecta of pinot gris, noir and blanc, the Lange bros and Big Little bottle-aged this baby en tirage for 25 months to impart texture and yeasty complexity to a bright core of fruit.

Bright pear, citrus blossom and almond aromas ride the tiny bubble train in this deftly fermented sparkling grigio from the Lads. Prime for midwinter sipping, a few extra months in the bottle should bring further delight.

Mawby squashes his pinot clusters whole to extract maximum structure before blending with aged reserve components and instigating bottle fermentation. The result is a deliciously complex bubbly with nuances of berry and brioche.

Where to Buy Holiday Wine in Northern Michigan