So much happens behind the scenes in health care, it’s easy to take the little things for granted. But at Precision Edge, a Northern Michigan manufacturing company located in Boyne City, they never take their eye off the minutiae.

Over the past 25 years, Precision Edge has made a name for itself as a world-renowned contract manufacturer of fine surgical cutting tools, components and accessories. These are the implements that patients may never see, but are nevertheless crucial to so many medical procedures, ranging from neurosurgery to plastic surgery to orthopedics.

Every year, Precision Edge churns out between 3,000 and 4,000 tools, each one of them crafted from intricate, highly detailed patterns. Extreme accuracy is necessary when you’re creating the implements that could help save someone’s life. The people at Precision Edge are so good at what they do that the company doesn’t even have a sales team—they don’t need one.

“Our growth has been based on reputation and word of mouth,” says Todd Fewins, operations manager at Precision Edge. “We’re well-known for the quality of our product.”

Part of what sets Precision Edge apart from similar companies is that it is a leader when it comes to the production validation process. Meaning, because it is governed by the FDA, the company must not only comply with certain regulations, but also prove its machines are capable of doing the work they are supposed to do. Not all companies make themselves easily available for this kind of approval, Fewins says, but Precision Edge goes above and beyond to do so. “We know it’s really important to our customers,” he says.

Many of Precision Edge’s clients are implant manufacturers who are looking for the specific tools best suited for the parts they make. Precision Edge works closely with each company to create custom tools matched to their needs. “The customers are great to work with,” Fewins says. “And the markets, globally, are increasing at a pretty fast rate, which gives us the opportunity to grow with our clients.” 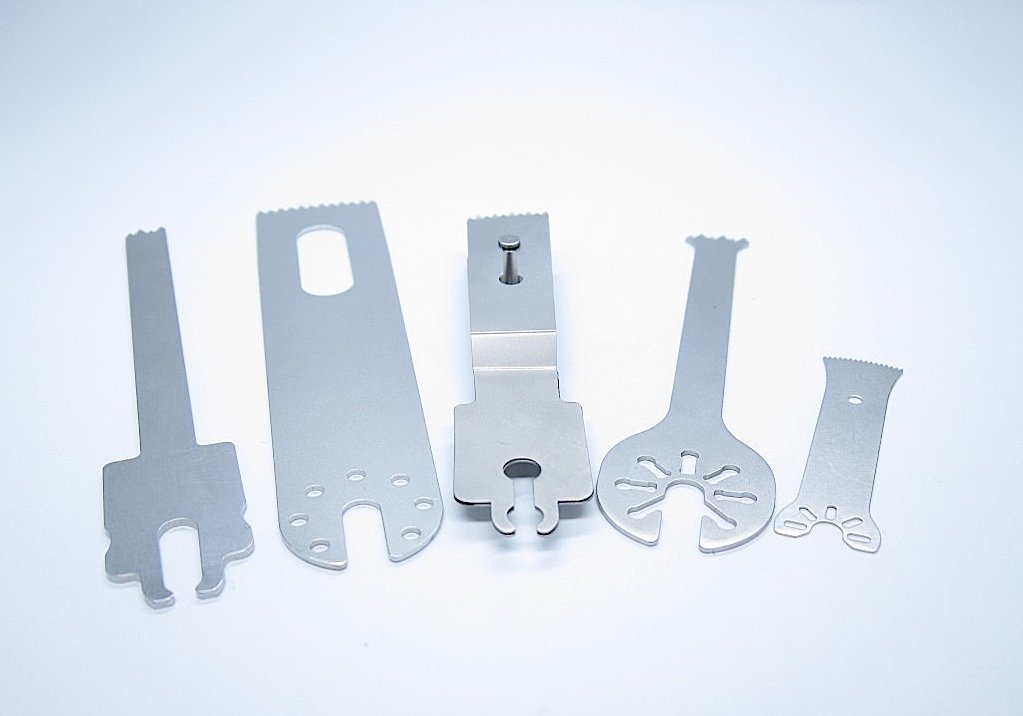 Though its clients hail from all across the United States, Precision Edge was founded in Barbeau, Michigan, a town with a population of about 2,000 just south of Sault Ste. Marie. In 2012, the company added a second facility in Boyne City. Fewins says a lot of factors went into that decision, including proximity to the Barbeau facility but also to more populous towns like Charlevoix, Petoskey and Traverse City from which to draw employees with the right skill sets.

The city of Boyne City itself was also a key player in facilitating the move, Fewins says, as it was pro-active in encouraging Precision Edge to find a home there. Between the two locations, Precision Edge currently employs just over 200 people, though that will increase in the near future as more positions are added at the Boyne City branch.

Precision Edge prides itself on staying up on emerging technology, and using that knowledge to support education in the area. Most recently, that commitment led to a partnership with North Central Michigan College to create a mobile computer numerical controls (CNC) lab, known as the “fab lab,” which contains computers and machinery for manufacturing technology training.

The lab travels to area high schools to help pass along manufacturing skills to the next generation–which not only gives high schoolers a boost when it comes to career training, but also ensures there will be skilled employees in the future for companies like Precision Edge. “A lot of these jobs have gone overseas,” Fewins says. “We’ve pushed onto our kids not to go into manufacturing, but really, it’s a growing industry.”

Indeed, Precision Edge is proof of that trend—the company has grown between 8 and 10 percent year after year. It’s the ideal rate for them, Fewins says: One that allows the company to grow in a sustainable way, positively impacting its communities and maintaining its sterling reputation.