Joe Moch, CEO and president of Oliver Racing Parts, a Northern Michigan manufacturing company located in Charlevoix, regularly promotes the region’s outstanding manufacturing community. And he should know; he’s in the thick of it.

A year ago, Moch moved Oliver Racing from its original location in Grand Rapid to its present headquarters: a 10,000-square-foot facility overlooking Lake Charlevoix on M-66, where the company crafts top-of-the-line connecting rods for some of the fastest race cars in the world.

“Most people associate Northern Michigan with recreation: the resorts, the lakes, the skiing, the snowmobiling,” Moch says. “But I was really surprised by the depth of expertise and talent that is up here for manufacturing.”

Oliver Racing was founded 31 years ago under the parent company Oliver Machinery, a Grand Rapids-based, family-run brand that made general machinery such as table saws and presses. Over time, the company expanded to manufacture parts for racing engines, and soon had made a name for itself as one of the world’s leading brands for V8 engine connecting rods—a crucial engine component that transfers combustion energy from the pistons to the crankshaft, creating the rotation that drives the wheels. When Oliver Racing’s founding owner decided to retire after nearly 30 years in the business, Moch, an acquaintance with a passion for cars and racing, stepped in. Moch was determined to carry on the Oliver legacy and continue to be a leader in the industry. 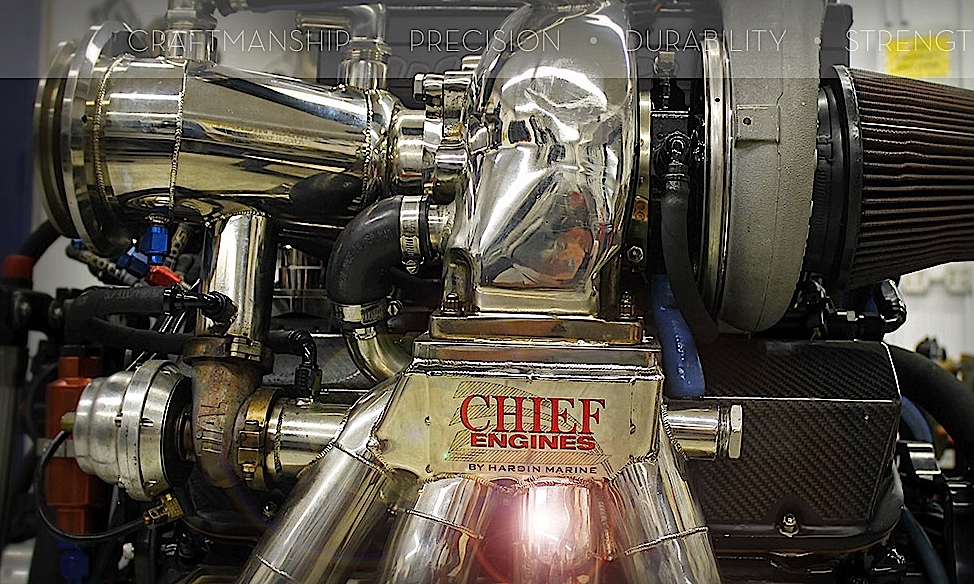 But there was a catch—the company and many of its longtime employees were in Grand Rapids, Moch’s hometown, but Moch had always dreamed of living Up North. “We had a lot of family vacations up here, and it was always kind of a childhood dream to have the ski boat on the lake and be able to enjoy the summers here,” he says. The decision to move Oliver Racing to Northern Michigan was a no-brainer—and many of Oliver’s employees relocated with the company—but what Moch didn’t anticipate was the support network he’d find already waiting upon their arrival.

Moch is now on the board of the Northwest Michigan Industrial Association, which represents nearly 100 businesses employing 8,000 people across seven northern counties. “There’s a pretty exceptional depth of talent for manufacturing and some amazing companies that are building cutting-edge parts up here in Northern Michigan,” he says. And it just so happened that Century Sun, a metal-treating company that provides a unique heat treatment for the steel Oliver uses, was based in nearby Traverse City—providing a partnership that makes it possible for Oliver Racing to keep pushing the edge for its high-performance parts.

As a way of investing in the region’s growing manufacturing sector, Moch recently worked with Baker College to help launch a computer numerical control, or CNC, program at Charlevoix High School. The program, which utilizes a state-of-the-art, 22-seat computer lab adjacent to a machine shop at Charlevoix High, offers certificates and two-year degrees. The aim, Moch says, was to provide options for additional training for local manufacturing employees such as those at Oliver Racing, as well as train the next generation in advanced manufacturing technologies.

Business for Oliver Racing has been good, Moch says—even the 2008 recession didn’t cause any drop-off. In fact, the company continues to expand its product line, including launching a new connecting rod for an increasingly popular diesel engine. Lots of research and development, and project partnerships with institutions like the University of Michigan, help keep Oliver Racing on top; of the half-dozen or so competitors it has nationwide, the company is looked to as an industry leader. Part of what makes Oliver’s parts so exceptional is the unique material the company uses, which is derived from certified U.S.-milled steel. From this high-quality material, Oliver makes about 15,000 connecting arms a year, which are then placed in high-powered engines for applications such as circle track, dirt track and marine racing.

Many of those engines have been in championship cars, Moch notes. Just last year, Oliver Racing’s connecting rods were used in the 3200-horsepower engine that propelled a ’69 Camaro to complete a six-second quarter mile at a drag-racing event—earning it the title of Fastest Street Car in America.

For a self-described car enthusiast, it’s the ultimate reward for Moch to know that his company is not just among the best in the racing world, but that its product keeps proving itself, win after win. “We work with a lot of racers who are regularly winning local and regional championships. It’s fun to go to races and meet with the racers and hear them talk about the product. They really value it,” he says. “It’s a point of pride for us to be in some of the best engines built in the country.”