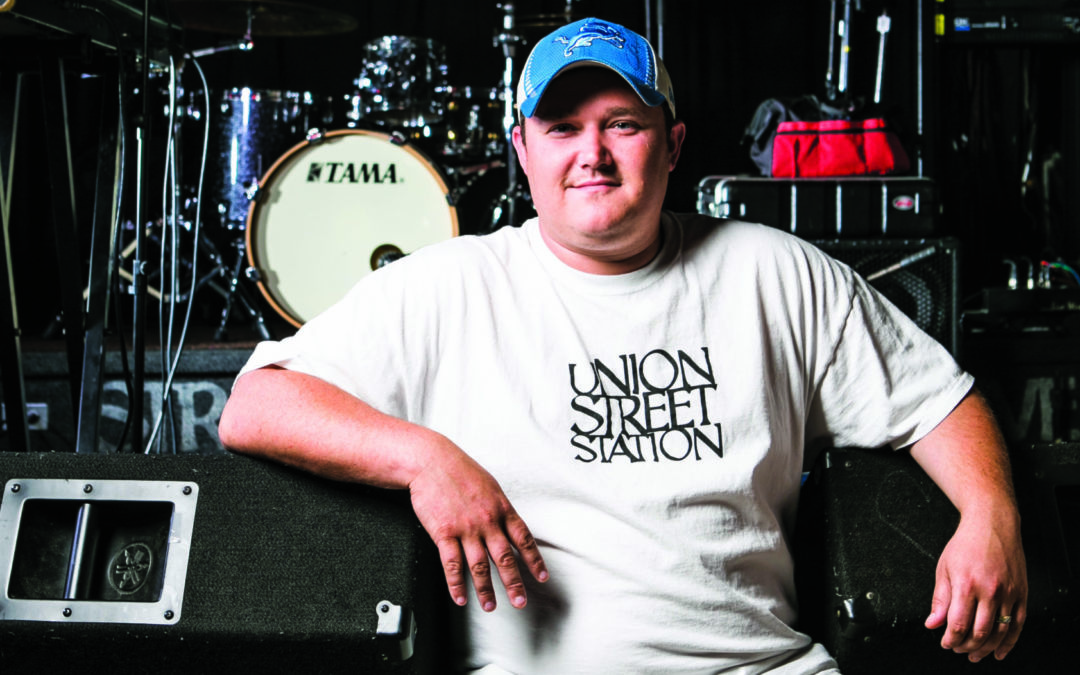 This profile was originally published in the September 2014 issue of Traverse, Northern Michigan’s Magazine.

When it comes to entertainment, Union Street Station owner Rick Thompson has the magic formula: he’s got a great ear for talent and spot-on intuition for what crowds in Northern Michigan’s premier rock bar venue want to hear. Union Street’s location—downtown Traverse City—gives Thompson major pull. Countless demo tapes and promotional matters cross his desk, but only the best musicians make it onto his stage. We recently checked in with Traverse City’s resident rock guru to learn a little more about life as a concert booker. The takeaway: it’s part art, part business, and all fun.

What’s the best part of being the talent booker for Union Street?

Since I started booking the entertainment seven years ago, I have been able to see all the great talent that is out there. Michigan has a lot of artists who are under the radar currently. Being a part of their success in the long run is a great feeling. Musicians such as the Bihlman Brothers and Ryan Whyte Maloney have played on our stage and have incorporated Union Street Station in their success.

How do you continually read what the community wants—and then manage to provide those artists year after year?

I am a firm believer in communication and feedback. Being the owner of Union Street Station gives me the inside look at how successful a band is. If they bring in the crowd, the sales will show that. We advertise daily on Facebook and monitor the comments we get and/or the number of “likes” we receive for the bands. I ask my staff if the entertainment was good and if the customers were having a good time. The music directly affects how long a customer will stay in our establishment.

Do you normally have certain bands or types of bands that work best with each season? Like say, fall is always a great time for X, Y, or Z?

I’m more apt in the summer season to give a band that isn’t well known a chance since we have such a high number of tourists in the area during that time anyway. Tourists as well as locals are out a lot more in the summer than in the winter months. If those bands can keep the bar full, that’s a success. In the winter months, I tend to book more well-known artists to draw people in. It’s not a given that we will be busy in the winter because people are happy staying warm in the comfort of their own homes. They have to have a reason to come out. We give them that reason.

Can you give us a brief rundown of what’s ahead this fall at Union Street?

We have some of the same bands scheduled, as well as a few new ones taking the stage at Union Street Station this fall. We always have our schedule posted and updated on our website. We also post our daily schedule on Facebook if you’re a last minute planner.