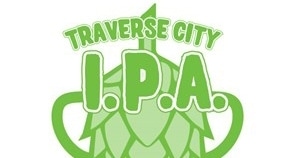 TC Ale Trail™ and Create TC are happy to announce a new inaugural IPA Challenge to be hosted at The Little Fleet in downtown Traverse City on November 6, 2014.

The IPA challenge is a local competition between 11 Traverse City breweries. Each brewery will produce its “Best IPA” and submit it for the event. 200 beer lovers will have the opportunity to get tickets and be a judge and choose their favorite brew. There will also be a local celebrity judge panel choosing their top IPA. All tasting will be blind. Ticket holders will know the description of the beer, ABV, and other facts, but the brewery will remain confidential. At 9 pm an awards ceremony will take place. The winning brewery will take home a trophy and the privilege of saying their brewery has “The Best IPA in Traverse City.”

Troy Daily, co-founder of the TC Ale Trail™ is excited about the event. “Paddle For Pints, a brewery pub crawl via the Boardman River to six breweries was a huge success. I wanted to create another event that would join the local breweries together in one venue and event and what better place to do it than at The Little Fleet.”

All 11 Traverse City breweries are participating in the event including; The Filling Station Microbrewery, The Workshop Brewery, Brewery Ferment, North Peak Brewing Company, Old Mission Beer Co. at Jolly Pumpkin, Brewery Terra Firma, Right Brain Brewery, Bravo Zulu Brewing and Beggars Brewery. Mackinaw Brewing isn’t allowed to distribute with their current license so they will be collaborating with Beggars Brewery to create their Best IPA. Rare Bird Brewpub also has a limiting license and will be collaborating with Brewery Terra Firma to brew an IPA just for the event.

Most of the breweries will be using hops from the Michigan Hop Alliance (MHA). MHA is a Michigan farmer-owned and sustainably grown, high-quality hop producer focusing on growing the best hops in the Midwest.

The event will start at 5:30 pm on Thursday with the first tasting for 100 people. At 7:15 pm the second round of 100 voters will do their tasting. Celebrity judges tasting will be from 7-8:30 pm. Awards will be presented at 9 pm.

Ticket prices will be $30 in advance and only 200 tickets will be available. Ticket price includes custom taster glass, 11 sample tickets (1 taste per beer), description and rating sheet, $5 food token for a food truck and one voting ballot. Additional tastes can be purchased for $1-$2 and pints will also be for sale.