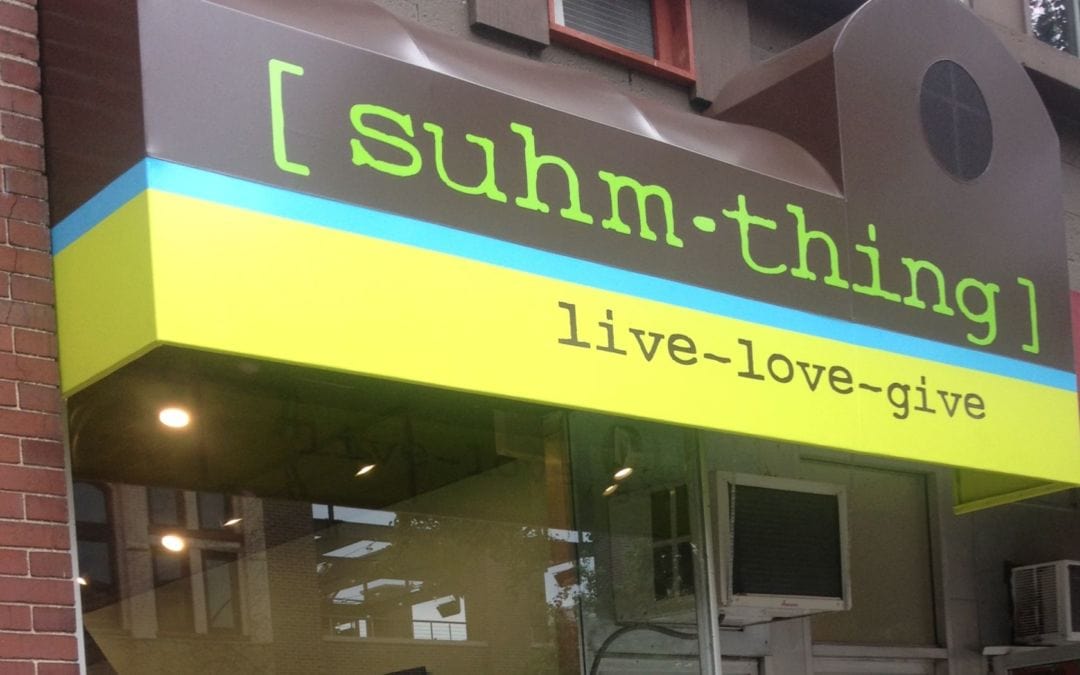 A new storefront recently opened in Downtown Traverse City. Suhm-thing is a gift store that officially opened for business on Friday, October 17.

The owners also have a Suhm-thing in Birmingham, but the Traverse City store is more gift orientated. The store sells everything from candles to wine glasses to art and plenty of Michigan products. The idea behind the store is summed up in three words.

The name Suhm-thing is derived from this thought process.

“The owners were trying to come up with a name and they kept saying ‘something like this’ or ‘something like that.’ Every time they would try to think of a name they would say ‘something,’ and they said, ‘wait we are saying it!’ It’s a store that has something for everyone,” Nance said. “It’s all about gifts and giving people something and they were like, ‘that’s just too perfect it has to be that.'”