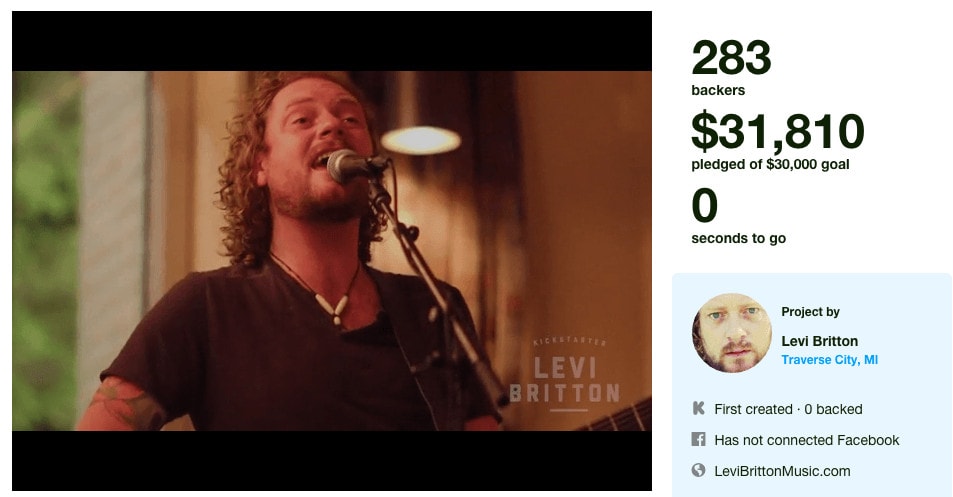 On Thursday, October 17, Traverse City musician and songwriter Levi Britton and musical partner Aaron Wolinski (owner of TC production studio Spiral Sound) surpassed their Kickstarter campaign goal to fund Britton’s first solo album. The goal was big, $30,000, and their success says much about the fan base that Britton has built up, and the excitement fans feel for his album, expected to be released May 1, 2015. We checked in with Wolinski for some back story and to learn what comes next. 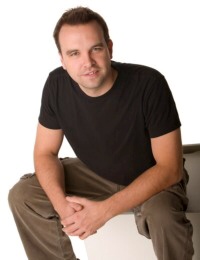 Congratulations on hitting that big Kickstarter goal. Fill us in a bit on the creative side of things, how did the album project get started?

We started in earnest about mid-November 2013. Levi brought me a couple of tunes he had lying around, and the relationship just shifted very quickly from “I’m his producer” to “we are partners.” The first thing we wrote was a song for his wife. It’s a beautiful song called Steal Away, and we wrote it in about 45 minutes. It was just amazing. And really, that’s when the light went off. Then Levi would go out on the road, and when he’d come back we’d write another song. And pretty soon we had three songs and then four. Now we have 12.

Give us a sense for the spirit of your creative collaboration.

We are standing with each other. He’s a feral tiger. And I’m a stabilizing presence. I’ve written many albums, but he and I have something different. It’s exhilarating.

What kind of album can we expect from the Britton-Wolinski team?

We’ve heard there’s some big talent you’re going to be including.

Right, one of the members is touring with Elton John right now. A vocalist tours with M & M and sings with the Detroit Symphony. These are world-class players, and we are working hard to make sure they are jazzed about the album when they get here.

Learn more at the Kickstarter page.