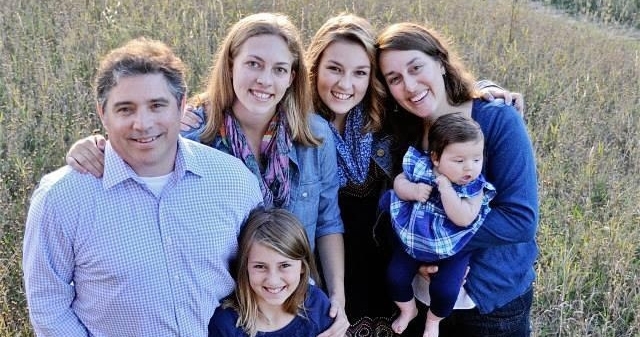 The Leelanau Conservancy is welcoming a new Executive Director, Tom Nelson. Tom will be taking over the role on January 1 but until then he will be working closely with current Executive Director, Brian Price. Read below for a letter from Larry Mawby, the Chairman of the Board.

On behalf of the Board of Directors, I am pleased to announce the selection of Tom Nelson as the next Executive Director for the Leelanau Conservancy.

Many of you may already know Tom, who has been with the Leelanau Conservancy since 2004 and has served as Director of Farm Programs since 2008. He helped design and implement the Conservancy’s innovative FarmAbility Program. Tom’s strong relationship with Leelanau’s agricultural community has led to the protection of over 5,000 acres of family farms. Tom holds a BA from the College of Wooster and earned a law degree at Vermont Law School, specializing in Environmental Law and Policy. He and his wife, Stephanie, three stepdaughters and their four-month-old baby girl live in Centerville Township. They are deeply involved and invested in the Leelanau community.

Over two years ago we began planning a rigorous process designed to ensure the identification and selection of a highly qualified individual to lead the Leelanau Conservancy into the future.  We interviewed four very impressive candidates from around the country, seeking the best person who would continue our tradition of excellence and bring the right skills to the job.  Among these skills:  Strong leadership capabilities, a deep commitment to and understanding of conservation – specifically of the work of land trusts. Perhaps most importantly, we looked for a person with a passion for Leelanau and its stunning natural features, productive and essential farmland, and communities who cherish all that Leelanau represents. (Read more in our press release here.)

Our Board Search Committee, which spent about nine hours with each candidate during an intensive interview process, was unanimous in its selection.

Tom will take over as Executive Director on January 1. Until then, he and Brian Price will work closely together to ensure a smooth transition.  Tom says, “I can’t adequately express the depth of my gratitude and sense of humility to be handed the baton of leadership at our Conservancy. Because of so many—including you—this organization matters profoundly, and I am looking forward to deepening our relationship in the months and years ahead.”

I hope you will join me in welcoming Tom to his new position, and that you are as pleased as we are to have such a committed and capable person stepping up to lead us forward.—Larry Mawby

Brian Price Shares Memories of His Days as a Commercial Fisherman