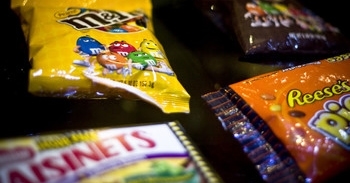 We are only a few weeks shy of Halloween which means an overflowing candy bowl is closer than ever. To battle the sugar goblins, the MyNorth staff put together a few creative ideas and healthy Halloween tips for Northern Michigan kids (and parents, too).

When I was younger, the “Pumpkin King” visited my house on Halloween night. My sisters and I would come home after trick or treating, dump the contents of our plastic pumpkins out and sort through it. Our parents gave us a number of pieces we could keep, and the rest went to the Pumpkin King. We would bag it all up, put it on the back porch and in the morning, voila! There would be a little something for each of us. I always found Halloween extra exciting because in exchange for my unwanted candy I got some great Barbie’s and books out of the deal. I was never a sugar hound and I was introduced to the Pumpkin King when I was a little bit older after my parents learned about the concept from some family friends. It quickly became an annual tradition until the trick-or-treating era of my life ended.

Another variation of the Pumpkin King is the Candy Fairy, who comes a few days after Halloween. In return for the overabundance of candy from the night, she also delivers a toy like one of those Groovy Girl dolls. For older children, books are the prize. Children sort out the “keepers” and then send the rest off to be distributed by the Candy Fairy to kids who don’t have as much. Her bounty was hung outside from a tree branch and the next morning there would be her gift hanging as well.

Some Northern Michigan dentists offer Halloween candy buy-back programs. Beacon Dental in Charlevoix and Gaylord offers $1 per pound of candy brought in. Candy is then turned over to Operation Gratitude, which will share them with U.S. troops serving overseas, their children left behind and “Wounded Warriors” recovering in transition units. Anyone can donate candy for Operation Gratitude at Beacon Dental, by dropping off candy at the Charlevoix or Gaylord location, whichever one is closer to you.

Children and their parents are invited to bring a portion of their sweet stash collected this Halloween, or leftover treats that were not handed out, to Employee Health at Munson Medical Center or Community Health at Munson Community Health Center. The candy will be donated to American Legion Auxiliary Units in Traverse City and Fife Lake to be packaged and sent to Grand Traverse County natives serving overseas.

Candy isn’t necessarily all bad, but moderation is key. We have compiled a list of eight candies that are “healthier” options and will make sorting through trick or treat bags a little bit easier.