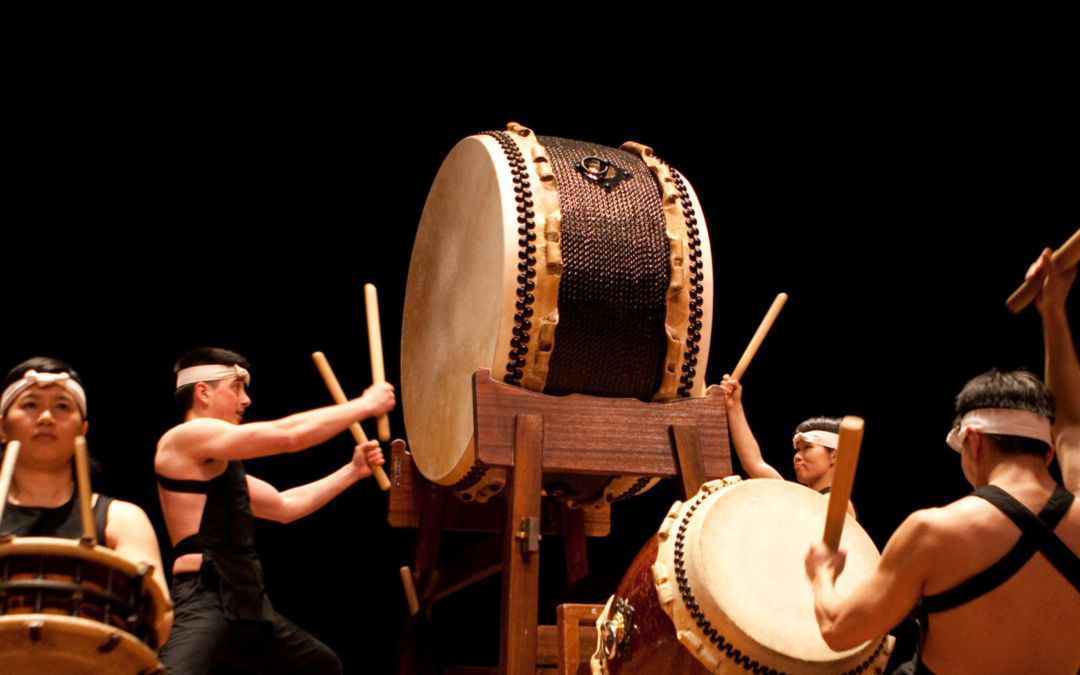 The Dennos Museum Center in Traverse City has announced their 2014-2015 Dennos Performance Season in Milliken Auditorium.

From China to Japan, Kenya, Ghana, Mali and Madagascar; Celtic to American jazz, roots and blues, the 2014-2015 performing season in Milliken Auditorium has something for everyone to enjoy, including outstanding theater performances.

The Golden Dragon Acrobats represent the best of a time honored Chinese tradition that began more than two thousand years ago. Direct from Hebei, China, the Golden Dragon Acrobats have thrilled audiences all over the world. Their amazing artistry, beautiful costumes and props provide a visual feast for the entire family to enjoy. After sellout performances the last three seasons we are thrilled to be able to have them return for another encore.

Joan Belgrave pays homage to one of America’s great vocalists in “The Dinah Washington Story.” The performance fuses live performance by an ensemble of extraordinary jazz artists including Marcus Belgave with vocals and history as revealed by Ms. Belgrave. She performs songs from Dinah’s Hits’ on the Blues, Jazz & R&B Charts. You will learn of Dinah’s deep Detroit connections. “Belgrave’s voice is so soothing and sexy, she could give a pit bull goose bumps” — Charles Latimer- Detroit Metro Times

Join us in welcoming back the Juno Award winning group with the World Music CD of the year in 2005. This unique project of the CBC Toronto brings together the top African born guitarists living in Canada. The Dennos Museum Center is one of only a few venues they ever perform in the USA. Their last concert here offered music from Kenya, Ghana, Madagascar, Guinea, Rwanda and Mali that had the audience dancing in their seats, in the aisles and on the stage. Listen to them once and you will be hooked.

The Best of The Second City features some of the best sketches, songs, and improvisations from The Second City’s fifty-five year history. A Chicago landmark and a national treasure, The Second City offers cutting edge satiric revues while continuing to deliver the leading voices in comedy. With scripted and improvisational elements, audiences always enjoy being part of the show and playing along with the next generation of comic legends. Whether it’s ripped from the morning headlines or a classic gem from their 50 year archives, The Second City is always a laugh out loud hit.

Guitarist Johnny Burgin came to Chicago from South Carolina to eventually form one of Chicago’s most loved blues bands. The Rockin’ Johnny Band plays modern Chicago blues, but is also known for a wide repertoire which ventures into funk, rock, and swing. Their playing shows a spontaneous sense of fun, and always showcases fantastic guitar playing. Living Blues states: “top notch ensemble work, with power, drive, and a keen sense of dynamics.”

Dubbed by The Washington Post as “DC’s most energetic and eclectic band” Scythian belts out a high-energy, adrenaline-peddling, interactive brand of music with one goal in mind; to get people on their feet and dancing. These classically trained musicians are natural showmen who seamlessly blend kicked-up Celtic, folk and world music, and deliver it with a punk-rock sensibility. Combine this with the driving rhythm of a jazz percussionist, and you’ve got the ingredients for a show you won’t soon forget.

In the performance Life in Motion, Joseph Cashore presents his collection of marionette masterworks. Characters of depth, integrity, and humanity are portrayed in a full evening unlike anything else in theater today. The performance is a series of scenes taken from everyday life and set to beautiful music by composers such as Beethoven, Vivaldi, Strauss, and Copland. Through a combination of virtuoso manipulation, humor, pathos, classic music, and poetic insight, The Cashore Marionettes take the audience on a journey that celebrates the richness of life. Life in Motion is a powerful, entertaining, surprising, theatrically satisfying, one-of-a-kind evening for adults and young adults.

Proclaimed American music icon and a part of Louisiana folklore and legend, Guitarist-singer Tab Benoit is the real deal. Born and raised on the Louisiana bayou, this self-proclaimed “new kid from the old school” has been the standard bearer for a new generation of Cajun blues musicians – a traditionalist and an innovator at the same time, grafting elements of rock and soul to the indigenous sounds of the bayou. Join us for an unforgettable night of blues by one of the premier roots musicians of our time as Tab Benoit and his band return to the Milliken stage.

After thousands of concerts across tens-of-thousands of miles, Ruth Ungar & Mike Merenda have emerged as one of acoustic America’s most revered musical duos. As story-tellers, as singers, as poets Mike & Ruthy are heralds of an American cultural awakening that values honesty and togetherness, prefers grit to glitz, and revels in the old-fashioned telling of a story. No stranger to the Milliken stage having performed here with Jay Ungar and Molly Mason, they now make their solo debut.

While firmly rooted in the folk drumming traditions found throughout Japan, Nagata Shachu aims to rejuvenate and redefine this ancient art form ensuring its relevance in today’s society. Under the direction of Kiyoshi Nagata, the ensemble has earned a reputation for its straight-forward yet exciting approach to playing the taiko. With their vast array of Japanese taiko, gongs, bells, wooden clappers, shakers and bamboo flutes, Nagata Shachu will take you on a musical journey beyond all borders

The Dennos concert season has numerous collaborative partners for some of these productions including NMC Outreach Services, Student Life and Global Opportunities. The Osterlin Performance Endowment, The Hughes Family Trust, Arts Midwest, the Michigan Council for Arts and Cultural Affairs and the National Endowment for the Arts provide financial support. Media support is provided by WNMC, TV 7&4 – 29&8, Northern Express and WCMU. Housing for performers is provided by the Cambria Suites and the Country Inn.

In addition to offering public performances some of the performers will have educational offerings with special concert/workshops for schools. Educators wanting information on these performances should contact the Dennos Curator of Education at 231-995-1029.

For more information on the Museum and its programs, go to www.dennosmuseum.org or call 231-995-1055.