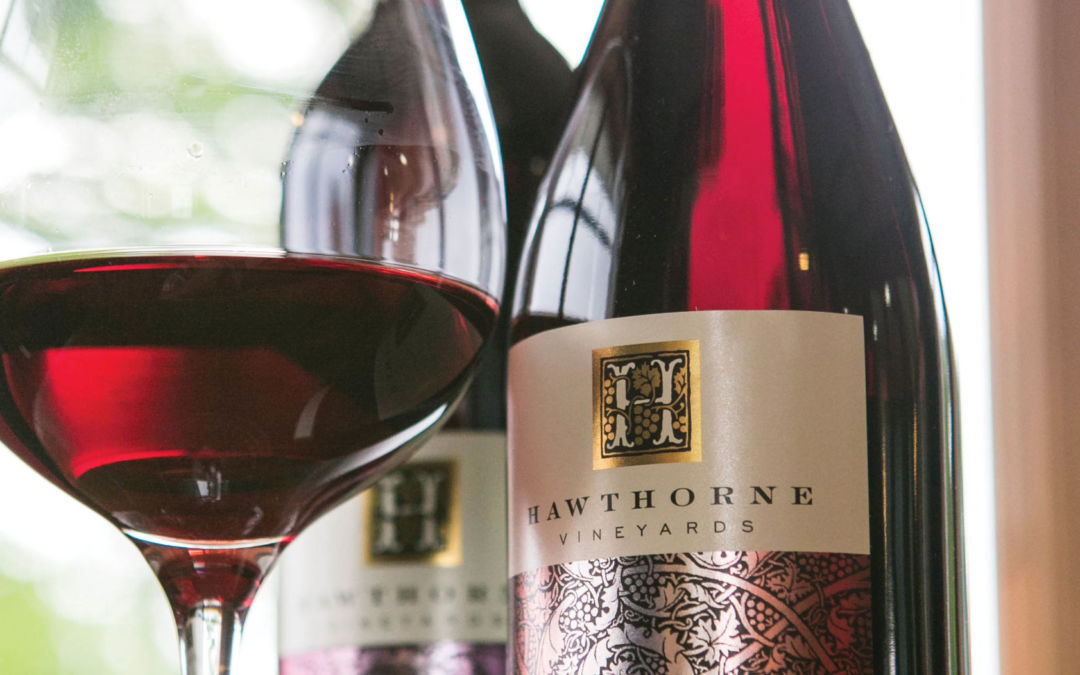 With farmers markets flush with fresh produce, and fall mushrooms popping up in the woods, it’s time to break out the vin rouge. As the 2014 harvest enters its last phase of ripening and 2013 reds still mellow in barrel, the uncommonly ripe and super-abundant bottlings of 2012 pinot noir, cabernet franc, merlot and blaufrankisch are prime for guzzling.

Historic warmth and near perfect phenolic ripeness across the board rendered 2012 Northwest Michigan reds anomalously dark, juicy and deeply concentrated. With such a rich base wine, local winemakers on the Old Mission and Leelanau Peninsulas were able to up their oak game using greater concentrations of new French oak and longer barrel exposure. The results are a depth and complexity to the wines that benefits near- and long-term drinkability. So grab a glass and join us for an early fall flyover of some delicious 2012 reds.

Grown on one of Old Mission’s rare clay deposits, the Hawthorne Reserve Pinot Noir is rich and dense on the palate with blackberry, cherry and baking spice in the nose.

Straight-up sexy, this smooth and aromatically charged effort from the Lads is a great fall grill wine. Dark berry, plum, cinnamon and black pepper in the nose and on the palate.