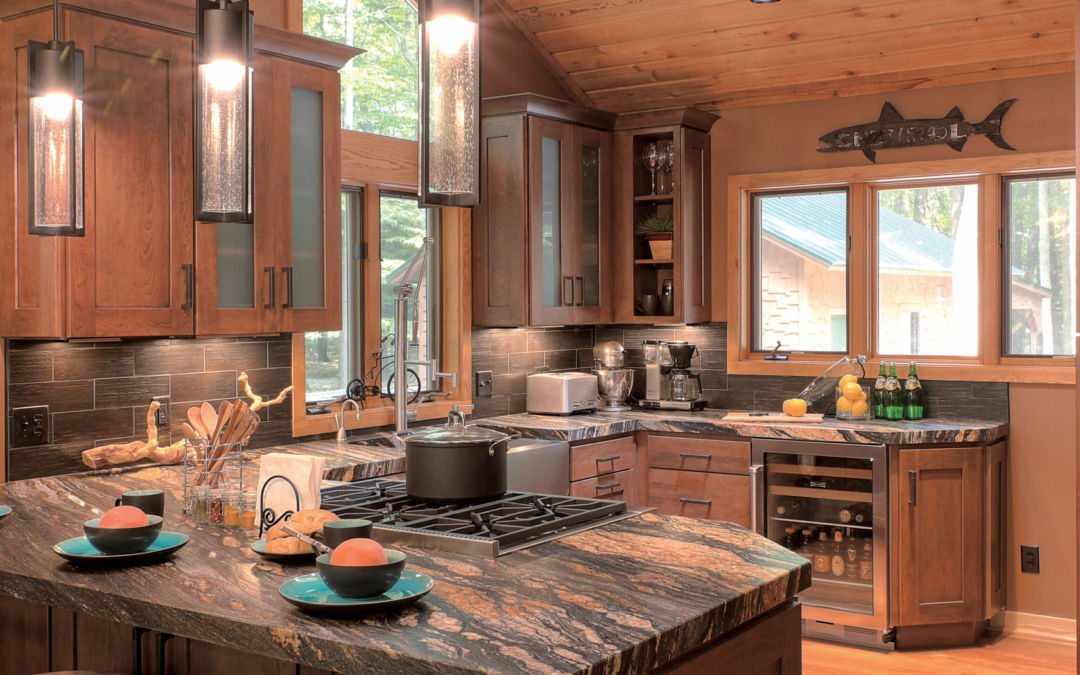 The eleventh and final stop on the 2014 Ultimate Up North Kitchen Tour is located in Glen Arbor at 5467 MacFarlane Road. The granite in this kitchen alone will wow tour goers and that’s only the beginning!

If you ask the homeowner of this cabin nestled into the woods across from Glen Lake to describe her kitchen’s style, she pauses a moment and then looks down at her fabulous granite countertop with its dramatic tiger coat-like black and gold streaking and says, “I don’t know what style exactly, I just knew I wanted this granite.”

The homeowner first saw the granite, called Magma Black, on the website Houzz, then shared the photo with kitchen designer Kristen Myers—who took the remodel of what was a plain-Jane 1980s kitchen from there. “Kristen was just amazing the way she could always figure out what I like,” the homeowner says.
Kristen reached into her designer bag of tricks and pulled out several stunning ideas. Among them, having the granite brushed to give it a quilted texture, and pairing it with a black ceramic tile backsplash that looks like ebony. Kristen went on to find the three handsome wrought-iron pendant lights that hang over the counter—the perfect complement to the strength of the countertop and backsplash. 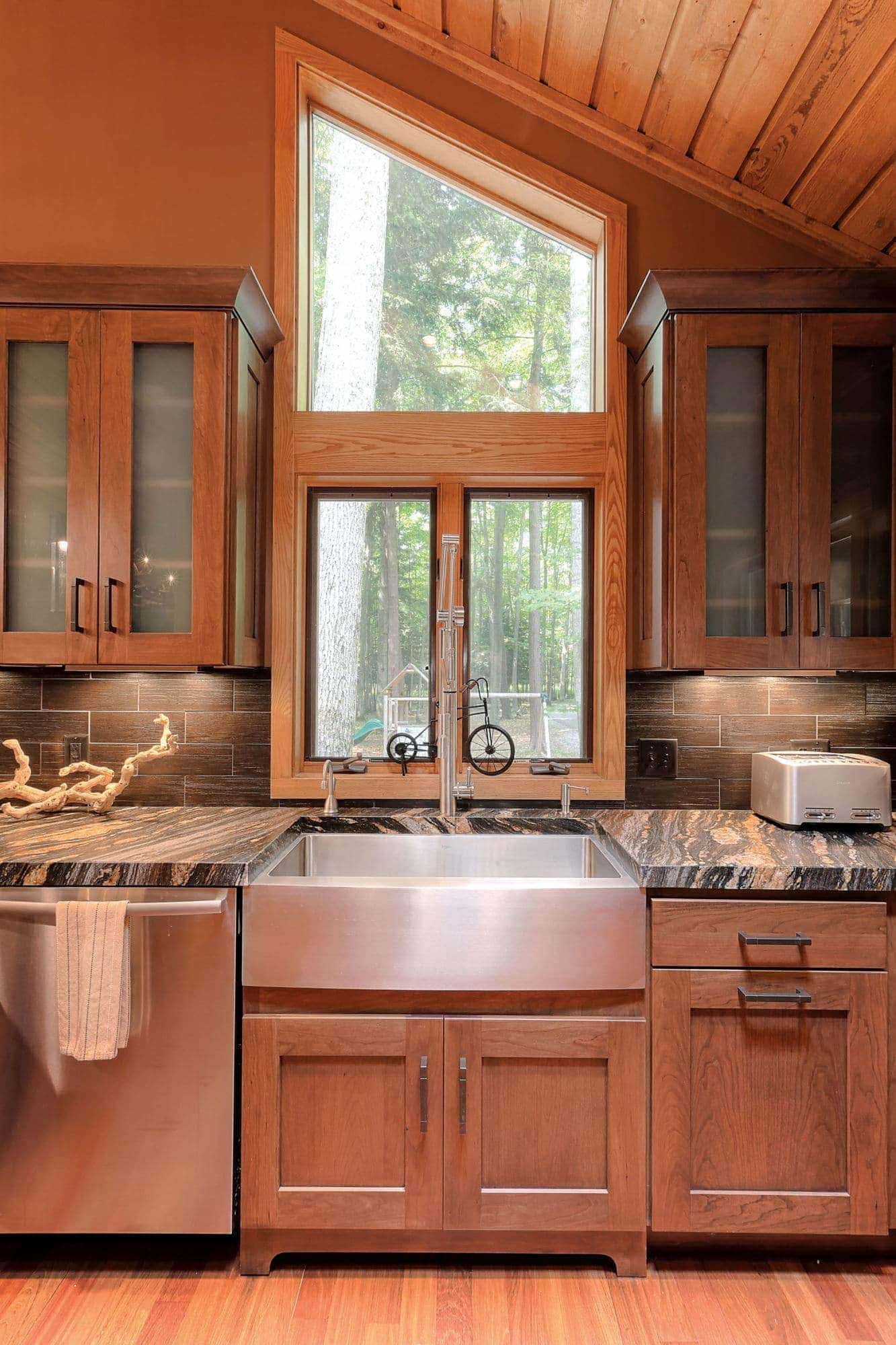 Alder cabinetry with a smoky taupe glaze plays a soothing foil to the granite’s starring role—and disguises the Sub-Zero refrigerator, right down to its pullout drawer freezer. The contemporary rustic look is echoed in the eating area where a spectacular hardwood Sheesham (a wood from India) table with a wrought iron base is flanked by lumber-era tools mounted on the walls. The stainless steel farmhouse sink encapsulates a look that is rustic enough to fit the cabin, but with a pleasing contemporary note.

Beneath the handsome facade, this is a high-functioning workspace. The homeowners have four children, ages 7 to 14, so making food prep as efficient as possible was a priority. To that end, the Wolf range is gearing up by breakfast time for a full day’s work, and the restaurant-grade gantry faucet with its heavy-duty spray nozzle is on full alert. For extra baking capacity, the homeowner added a separate microwave/convection oven.

In this small but perfectly appointed kitchen there’s even room for a beverage refrigerator. After a day playing on Glen Lake, that’s the amenity that takes center stage!