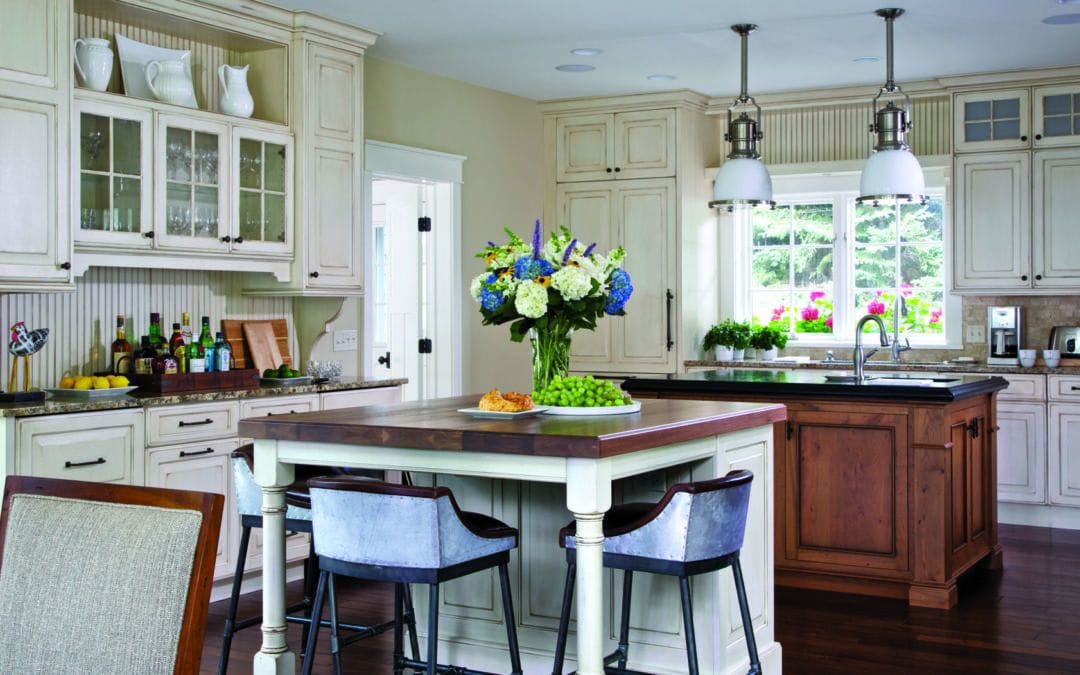 The second stop on the 2014 Ultimate Up North Kitchen Tour is located in Petoskey at 4812 Lake Grove Road. The kitchen is centered around the idea of the simple pleasures in life and its accoutrements are reflective of that.

Simple pleasures: That’s what John Hegener and Jane Warner say the time they spend at their Walloon Lake cottage is filled with. Those words encapsulate activities like lingering over morning coffee as the sun rises over the water, boating, cool dips and drinks as the sun sets over Walloon. All things they love—and want to share with their friends and family when they visit.

When the couple went to remodel their cottage kitchen, they asked kitchen designer Jill Brecheisen to develop a plan and style that accentuated that lifestyle. Jill began by streamlining the kitchen’s clunky workflow—replacing a peninsula that was too far across the room from the sink and range with a prep island located just steps away from the cooking zone. That left space for a second island, perfect for light meals and drinks, situated conveniently next to a bar/ beverage refrigerator station. 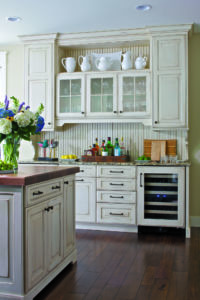 The elevated design goes on to include a primitive cherry base for the prep island and three different countertop materials. The perimeter countertops are fabricated from juparana persa granite with its soft, earthy tones. The cherry prep island is topped with black brushed lucent granite and a thick slab of walnut finished with rounded ogee edges tops the snack island. Jane especially loves the walnut for its silky warmth on cool mornings when she is enjoying coffee.

The range hood, designed by Brecheisen, is the kitchen’s pièce de résistance. Fabricated from wide slats of beadboard and held up by thick, elegant corbels, it is one more simple pleasure in a lifestyle filled with them.

Volunteer for the Ultimate Up North Kitchen Tour

Purchase a copy of the 2014 October issue of Traverse, Northern Michigan’s Magazine