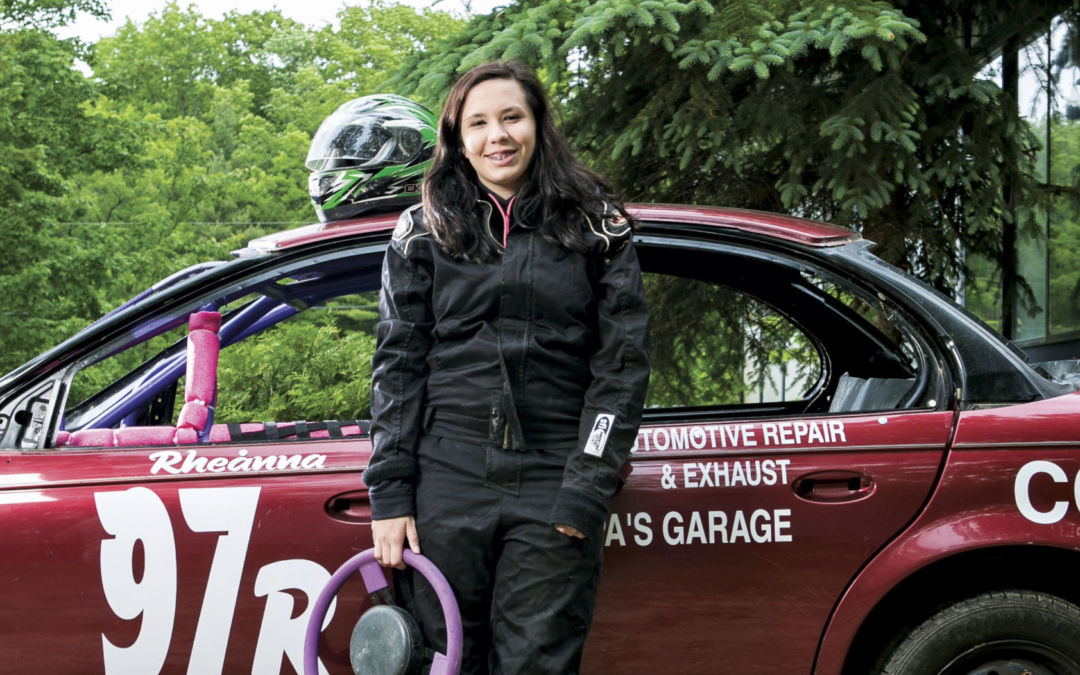 With fumes of petroleum and clouds of dust wafting through the air, the Cherry Raceway in Fife Lake isn’t the typical venue for a Northern Michigan non-profit fundraiser event. Yet on August 22nd, 2014, the track—located 35 minutes southeast of Traverse City—will host a benefit fundraiser in conjunction with one teen’s effort to help cancer patients and commemorate her grandpa’s legacy. The following interview was first featured in the August 2014 issue of Traverse, Northern Michigan’s Magazine.

That teen’s name is Rheanna Doberstein, and her grandfather, Ron Doberstein, was something of a local car-racing legend. A beloved fixture at Fife Lake’s Cherry Raceway, where he was known by many simply as “Grandpa,” he became a hero by continuing to return to the racetrack each week even as he was undergoing treatment for prostate cancer (scheduling his chemo around races). Ron taught Rheanna to race when she was just 14, and after he passed in January 2014, she was determined to honor his memory through the sport he loved. She is still racing her tricked out Saturn sedan and now has a goal to raise $10,000 to help local cancer patients pay everyday bills through her organization Rheanna’s RACE (Rally Against Cancer Expenses). We caught up with the high school senior to learn more about her cause and her grandfather’s legacy.

Where’d you get the idea for a fundraiser for other local cancer patients?

It was really my grandpa’s idea. He wanted to help people who were going through the same process he was.

What will the money be used for?

It goes through Munson Healthcare’s Patient Needs Fund. It’s basically for any- thing you need help with due to under- going treatment; things like paying your electric bill, because you can’t afford to because you have to buy gas to get to your treatments. One-hundred percent of the money we raise will go directly to the patients. We’re dedicating one race in August to my grandfather; I’m thinking on that day, us drivers are going to pass our helmets around the stands. What we collect will go to the fund as well.

Can you share a favorite story about your grandfather?

The day he taught me to drive, I’m pretty sure he never laughed so hard in his life. I stalled so many times. He finally said, “I’m gonna get back to Jeopardy, have fun.” After a few hours I went inside and was like, “I got it!” And he just said, “Wanna go out and race?” We went out back on his property, where we had our own little track. I beat him by a couple laps.

Did your grandfather’s passing affect your view of racing?

I honestly didn’t want to race again. I was just so distraught knowing he wouldn’t be there physically. Ever since I started rac- ing, he had been there for most of my races, except maybe one time when he got sick from chemo. That’s why we came up with the organization, to have a healing process. I still have my doubts every now and again, but it’s starting to turn back around. It’s starting to go back to the way it was.

What do you think your grandfather would say if he knew about Rheanna’s RACE?

He would have been really proud knowing that I went out of my way to do this for him.

The memorial race is August 22 at the Cherry Raceway, located at 8649 E. M113 in Fife Lake. To donate, go the race or visit MunsonHealthcare.org/RheannasRace. 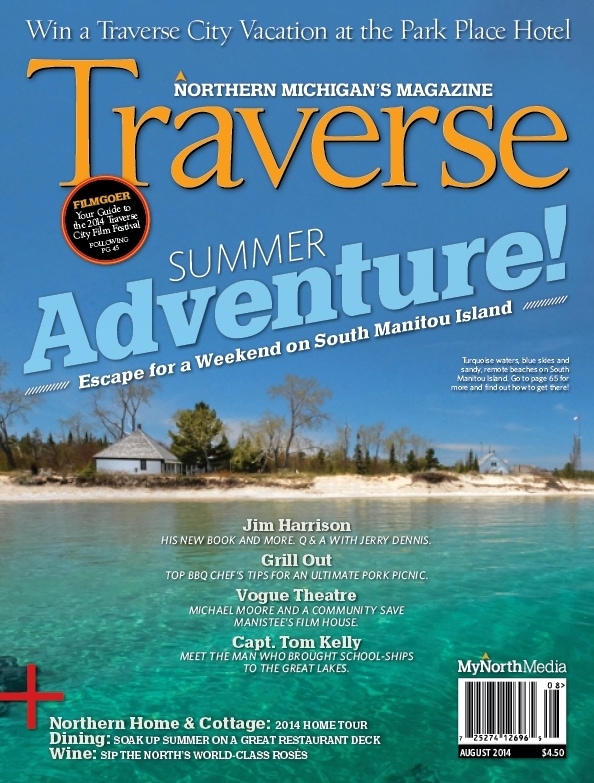