Northern Michigan Little Free Libraries in Traverse City and Beyond 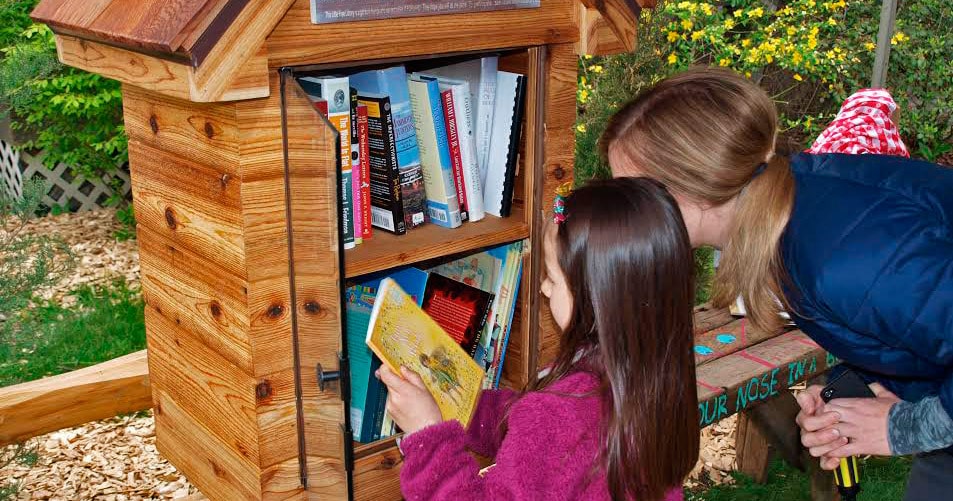 How many Little Free Libraries are scattered across Northern Michigan?

[Find registered Little Free Libraries at LittleFreeLibrary.org, and all the others in Northern Michigan here]

What were people’s reaction to the first Little Free Library?

That first year we got so many calls from curious people. Some were a little worried—what if something happens, what if it gets damaged, what if people steal the books? The thing is, you can’t steal a free book. I haven’t heard of anything bad happening, and to do something really malicious, you’d have to be downright dirty.

There were also some people who thought it might hurt the public library’s circulation, but the Little Free Libraries are more about a community of individuals coming together to share what they love to read with one another. The public libraries offer a lot more—a Little Free Library will never have the selection or services that a library branch has. But they’re an extension of what a public library does. Yes, it’s about access to information and promoting literacy—but it’s really about a community coming together.

The fact that there are so many Little Free Libraries, and two independent bookstores downtown, and the National Writers Series, and the Children’s Book Festival…it’s all a representation of how much people value literacy in Traverse City.

Can you tell me about some of the Little Free Library projects that kids have tackled?

In the spring of 2013, the TADL teamed up with an Eagle Scout, Keegan Kaipio, who built five Little Free Libraries with funds from our marketing budget. We auctioned all five of them off, recouped the money spent, and the rest raised was allotted to TADL’s Teen Services. One of those five was donated to Power Island by a local attorney, Brace Kern.

Then this year, the East Bay branch worked with Twilight Rotary, East Bay Township and two residents, John and Molly McCombs, to have local Girl Scouts build six Little Free Libraries. They were then donated to different parks around East Bay. It’s been great for so many people to be connected by one little idea.