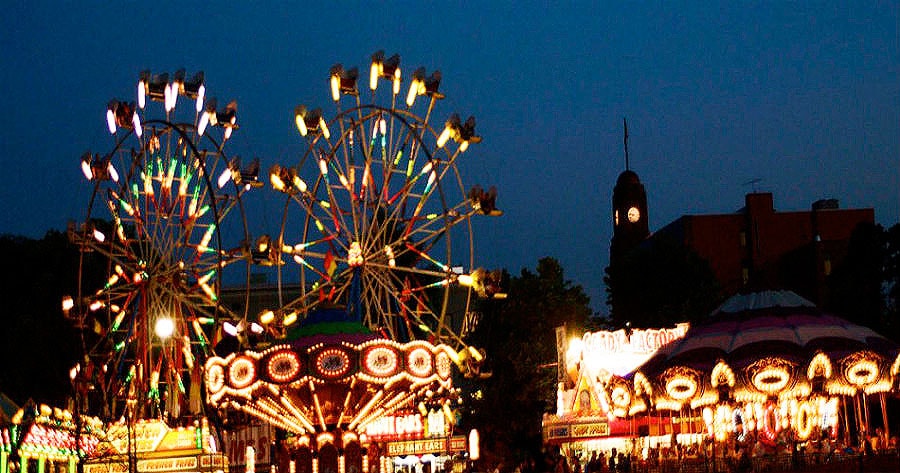 There is much to do at the National Cherry Festival in Traverse City, including music events at the Bay Side Music Stage to the Blue Angels air show event. But it can seem daunting to try to enjoy the festival without breaking the bank. Which is why we’ve complied a list of events that are fun, free to the public, and great ideas for saving while you’re at the Northern Michigan festival. These National Cherry Festival travel ideas will help you with your well-budgeted Northern Michigan vacation.

It’s no secret that parking at the Traverse City Cherry Festival is a bit of a hassle. Not to mention, expensive. Parking lots will range from $5–$10 per day, while the parking decks will be charging $1 per hour. Meters generally fill up early in the morning with festival workers, downtown employees and early-bird festival attendees. In order to save yourself the couple of bucks it will cost to park (and spend it elsewhere) it’s a great idea to park the car a few blocks away and walk or bike into the downtown area. Or, head to one of the numerous BATA bus stops, park your car, and ride via public transportation into the festival. If you can hitch a ride with a friend, even better. The National Cherry Festival will also be providing a free shuttle that has numerous pickups throughout the community.

Beach Day With the Blue Angels

While premier seating is offered for a fee, the Blue Angels air show can be viewed right from the shores of West Grand Traverse Bay for free at 12:30 pm on Saturday, July 5th and Sunday, July 6th. Pack the kiddies up and head to the water for a day filled with sunny, exhilarating fun. Make your lunch at home and store it in a cooler for a beach day picnic that won’t cost a dime. Or, if you’re willing to dish out a few bucks, head to Oryana on 10th St. for a healthy pre-made lunch. Earplugs are recommended for small children—and don’t forget the sunscreen.

Rock Out at the Bay Side Music Stage

Tickets to one of the many nights of concerts at the Bay Side Music Stage will cost you a pretty penny. Fortunately, if you can pass on seeing your favorite rock bands faces up close and personal, you can still rock out to their music in other ways. If you own a boat, head out on West Grand Traverse Bay and listen to the sounds of guitars and drums bounce off the water. Or, hang out in the Open Space Festival grounds while the ringing lyrics of one of the numerous acts fills the Traverse City Open Space.

Skip the Midway and Watch the Dogs Jump

The Midway at the Traverse City Cherry Festival can empty your pockets fast. With rides costing almost as much as parking, it can be a strain on the family who is vacationing on a budget. In order to keep the kiddies who beg to jump on the rides busy, take them over to the West End Beach volleyball courts for the dog dock jumping events. Let them meet the “players” before they take a run down the dock and leap into the pool. This event will have your kids huddled around the edges of the pool hooting and hollering for their favorite athletes. The dogs will fly on July 10th at 10 am and July 11th and 12th at both 10 am and 3 pm.

Watch the Fireworks or a Parade

Both the opening and closing fireworks, as well as both the Jr. Royale and Cherry Royale parades are free to watch. Head down to West End Beach or Clinch Park to catch the astounding opening and closing fireworks shows. Get downtown on Front Street early to save yourself a seat for the Jr. Royale and Cherry Royale parades happening during the closing weekend. These events are great for the whole family to enjoy. Just don’t forget to ride the shuttle and pack your own food to save even more money.

Generally, Cherry Festival parade routes travel along Front Street in Traverse City, from Franklin to the east to Union on the west, then south on Union. The Junior Royale stops at Central Grade School. The Cherry Royale travels all the way to Thirlby Field along Union.