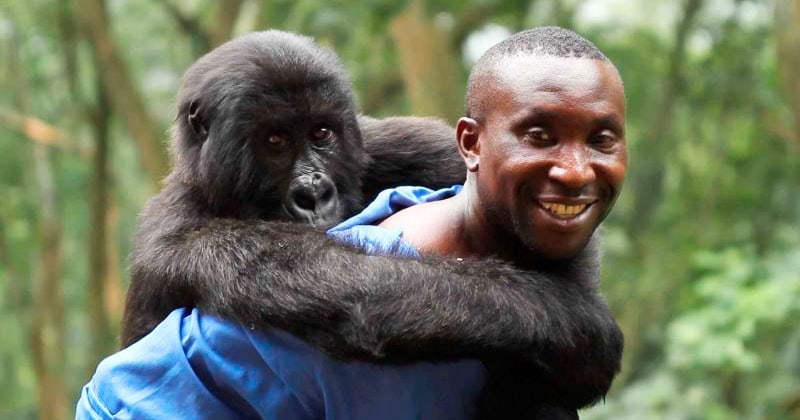 Attendees of a Traverse City event, An Evening of Global Solidarity, will learn more about a documentary that will screen at the 2014 Traverse City Film Festival and the on-the-ground conservation work that the film captures. An Evening of Solidarity will occur at 5 pm on Thursday, July 31st at The Box, shortly after the noon screening of the documentary Virunga at Milliken Auditorium. The event is underwritten by Northern Michigan non-profit, On The Ground. This event is part of On the Ground’s year-long educational launch of the Run Across Democratic Republic of the Congo taking place during May 2015 in the same region Virunga is located.

Tickets to An Evening of Global Solidarity are available at MyNorthTickets.com:

Virunga profiles the Virunga National Park in the Democratic Republic of Congo; the park is the embattled home to nearly half of the world’s remaining mountain gorillas, and it’s the only place inhabited by all three African great ape species.

During An Evening of Global Solidarity, the park’s internationally-renowned Chief Warden and Director, Emmanuel de Merode, will highlight the current condition and daunting struggles of Africa’s oldest national park with special guest Orlando Von Einsiedel, director and producer of Virunga. Appetizers will be served along with wine and craft beer tastings.

Emmanuel de Merode represents first-hand the account and struggle to save one of the world’s great national parks and its population of mountain gorillas, in the midst of the aggressive civil war in the Democratic Republic of Congo (DRC). Virunga is ultimately a story of determination and courage, demonstrating how a small group of Congolese park rangers, community workers and local environmental activists have brought about a miracle in African wildlife conservation.

Proceeds from the evening will be donated directly to Virunga National Park for their many projects, including; Gorilla & Wildlife Protection, Elephant Crisis, Congohounds, Fallen Rangers Fund, Gorilla Orphans at the Senkwekwe Orphan Mountain Gorilla Center, and Adopt an Area.

Tickets to An Evening of Global Solidarity are available at MyNorthTickets.com: