Preview of the White House Dinner at Taste of Traverse City 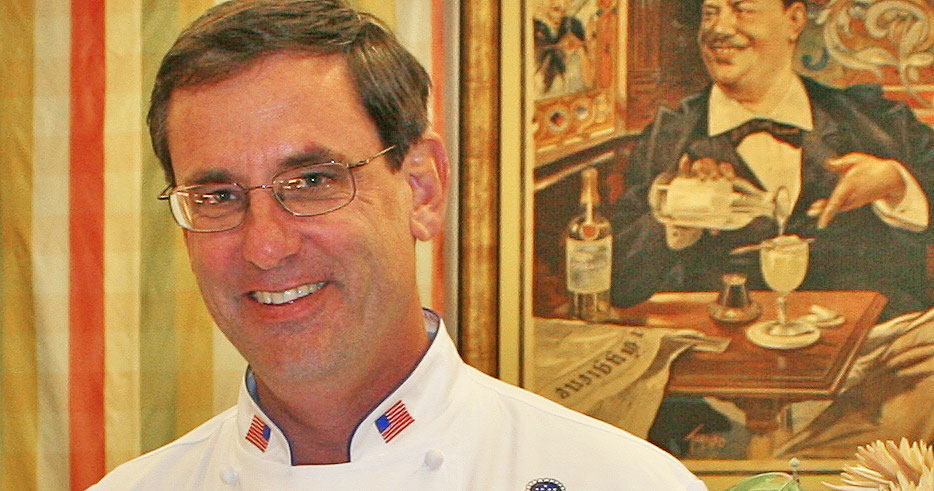 On Saturday, August 30th, the former White House Executive Chef to both President Clinton and President George W. Bush, Walter Scheib, will be cooking up a delicious White House dinner inspired by the favorite meals of former presidents. This featured event at the Northern Michigan festival, Taste of Traverse City, will take place at the Grand Traverse Resort Resort & Spa and is presented by The Peninsula Group at Morgan Stanley. This is a can’t-miss food and drink event, so make sure to get your tickets early while they’re still available; ticket purchase includes an autographed copy of Scheib’s cookbook, White House Chef.

To get the inside scoop on this event, MyNorth’s Adrienne Roberts talked with Walter Scheib to find out everything from details on the event (hint: there’s going to be ice cream flown in from Washington for dessert!) to the challenges of cooking oatmeal for the Clintons.

What should people expect at this event? Can you give us a hint at what you might be cooking?

It will be a four-course exceptional steak dinner of Angus tenderloin, red curried sweet potato soup, Manchego cheese and a delectable peach and blackberry cobbler, with special honey and lavender ice cream. Guests will get a first hand look at presidents’ private dining. It’ll be both humorous and humanizing. There will also be a Q&A portion to this event, and hopefully the wine from Verterra Winery will get people to come up and ask questions. You’ll learn about the private side of these two very normal and funny families—in a respectful manner, of course. You’ll get a really good understanding of what it was like to work for these two families. And there’s someone in Washington that makes the ice cream for me, and he’s the only person that knows the recipe. That ice cream will be flown in for this event.

What is quintessentially “American” cuisine, in your opinion?

American cuisine doesn’t involve difficult or complicated cooking techniques. It focuses on delicious, natural, and fresh flavors. Think of when you were a kid and you ate a tomato picked right off the vine. Or, when you picked cherries off the tree and they stained your fingers a beautiful deep red. This fresh, ripe, and local product is so important to American cuisine.

American cuisine also focuses on regional inspiration. Homemakers across the country in the mid- to late-1970s looked into the tradition of the cuisine. Alice Waters in California focused on local and organic ingredients. There was Charlie Trotter in Chicago, who was known for his inventive dishes. And then there’s New England cuisine from Jasper White in Boston. The third component of American cuisine is ethnic flavors. The ethnic population demographic has changed dramatically. That has a huge influence on ingredients and flavors. So American cuisine has great flavors and ethnic overtones.

What’s the best compliment a president ever gave you about something you made?

President [George W] Bush was very demonstrative. He knows his Southwestern food. On a more serious note, Hillary Clinton, in her book “An Invitation to the White House,” said, that I was not only a great cook, but I was also a culinary educator that taught her family what dining was about.

What’s been your most unusual meal request from a president?

Well, you have to keep in mind that the White House is their private home, not a resort. President Bush was a man of simple taste, so he would be very happy with a peanut butter and honey or a peanut butter and jelly sandwich for lunch every day. Our number one job was to provide an island of sanity in their crazy world. Most of their time is spent on stage playing a role. Meal times were some of the only times they could be normal folks, so our goal was to make their home life as normal as possible.

Has there been anyone that you’ve been particularly nervous to cook for?

State dinners are a big deal but honestly cooking three meals a day, seven days a week for the family is what made me more nervous. You don’t want to be repetitive and you want to make enough different meals to keep it fresh while still making their favorite foods enough. Each person has a clear perception of what they think quality is, too. For example, the Clintons would each want their oatmeal cooked a different way, and you had to aim the final product at the individual. That could be difficult.

To get the chance to try some of Walter’s dishes and find out more about the daily lives of past presidents—including some laugh-out-loud anecdotes—purchase tickets for this event at MyNorthTickets.com: