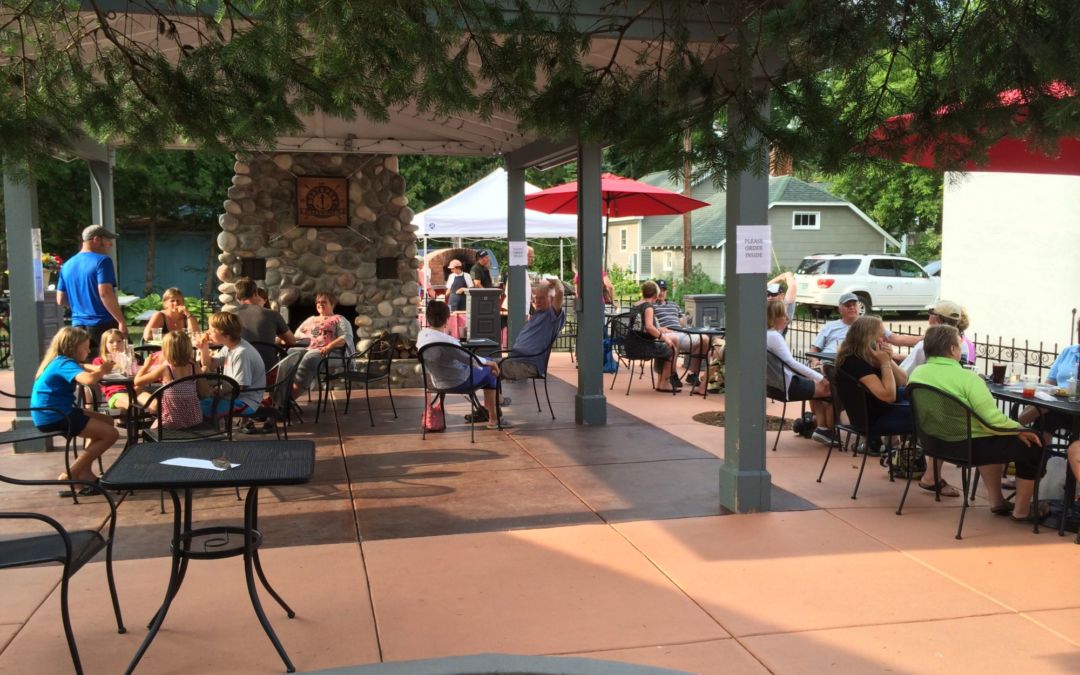 Northport Brewing is a new Northern Michigan beer destination focused on using local ingredients from Leelanau County and contributing to Northport’s ever-growing food and drink scene. After opening on June 24th, 2014, owners Scott and Pamela Cain are thrilled that Northport has welcomed Northport Brewing, along with newcomers Tucker’s of Northport and The Garage, into the town’s burgeoning business community.

Northport Brewing is technically considered a nano-brewery, meaning that they brew less than 200 barrels of beer. They have about six to eight craft beers on tap at all times.

According to Scott, using local ingredients in their beer is something they pride themselves on.

“We focus on using local ingredients. The fruit comes from the Leelanau area, the hops are local, the malts come from the only malt house in Michigan. We try to use these local ingredients as often as possible,” he says.

Just like their beer, the brewery itself is a product of its community. Northport Brewing raised money for its start-up expenses with Kickstarter, an online crowdfunding platform for creative projects. For Scott and Pamela, using Kickstarter was a good way to tweak their business plan and find out what their future customers would want in a brewery.

“Kickstarter helped us to think through the entire business plan, from opening a business to how we would position ourselves and engage with our customers. It also helped us to get the word out that we were going to open and involved everyone in the process. We’re still working on fulfilling all the things our users signed up for. It’s a very work-intensive, yet fulfilling process,” Pamela says.

Pamela and Scott are thrilled to be a part of this growing community.

“It’s an exciting time to be in Northport. It’s interesting to talk to people who own vacation properties in Northport and hear how excited they are to have a brewery in town after Northport has been declining for the past 10 to 20 years.

“It’s a place where people can connect. It adds a little flavor to Northport. The beer garden is located outside right on the main street and there’s a large fireplace. It’s a fun spot where people will bring their families, and we’ll give the children free apple juice and crackers,” they say.

This community-centric thinking also applies to their appetizers. They use local food vendors for their appetizers that pair well with the local ingredients used to craft their beers.

“The Cherry Saison developed when I was a home brewer. It’s an off-character beer—it’s dark, sour, and peppery with a wonderful tart cherry finish. It’s not a sweet ale. This goes well with the local red hummus. The stout goes great with chocolate-covered cherries. The Belgian beer goes well with the Leelanau Cheese Company’s raclette,” Scott says.

This brewery is truly a product of the community—from the hops in the beer down to the business plan. With that in mind, it may very well become a staple of downtown Northport.

Click the arrow in the upper-right corner to enlarge images; hit “Escape” key to exit full-screen: