Miracle Productions Presents Catch Me If You Can in Traverse City 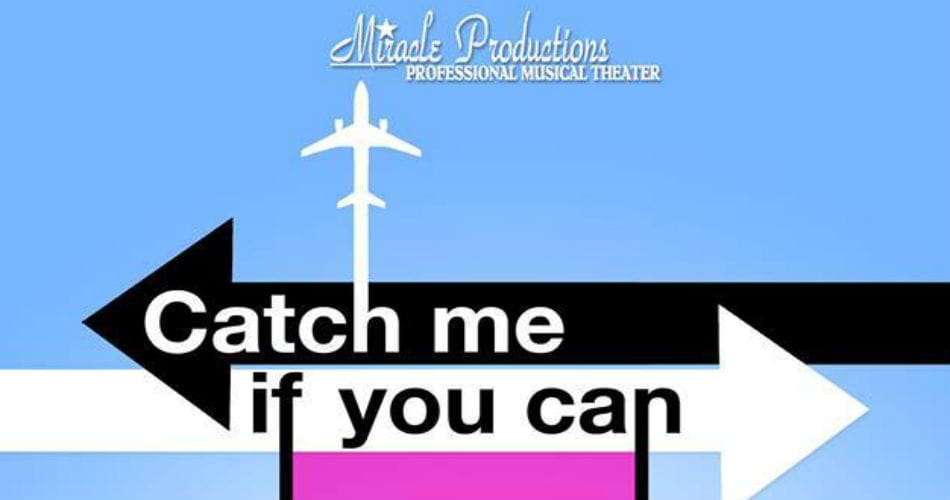 Actors and producers with Traverse City-based Miracle Productions will display months of hard work from July 11th through July 20th with the thrilling musical Catch Me if You Can in Traverse City. This Northern Michigan stage event is based off of the incredible true story of one con-man who forges an unlikely friendship with a FBI agent. This new musical was nominated for 4 Tony’s and is filled with high-flying fun. “Catch Me if You Can” will be presented at the Milliken Auditorium located in the Dennos Museum Center.

“Catch Me if You Can” will feature actors, singers and dancers from around the Northern Michigan area—many of whom have graduated from local high schools and gone on to purse jobs within the stage industry. This years production will also feature guest artist-in-residence Dominic Fortuna, who is reprising his role of Frank Abignale, Sr. This is a new feature for Miracle Productions.

Connor Sweeney (Railroad Agent, Tailor, Atlanta Doctor) states that “musical theatre is an essential part of this community. It gets people out of their houses and away from their fast-paced, technology-driven lives, and allows them to experience something real and truly affecting.” Not only is Miracle Productions an essential part of the community in that it allows people to experience moving, visual art, it also allows players within the Northern Michigan area to gain professional stage experience for their résumés. “I’ve been incredibly lucky to have been a part of so many shows under the direction of [directors] Pat [Gallagher] and Erin [Peck]…I’m thrilled to have the opportunity to work once more alongside some of my most talented peers, and favorite people. There’s nothing quite like getting to perform a show with all of your best friends.”  Sweeney has performed in six Miracle productions and has recently returned to Traverse City after working in the film industry in California for two years.

Alyse Carbonell (Paula) believes that “Catch Me if You Can” is the must-see stage show of the season. “This is by far one of the most exciting shows I have been apart of. The choreography is phenomenal and those performing are incredibly talented. The music is really complex and upbeat which brings a lot of energy to the show.” Alyse Carbonell has performed in one prior Miracle Production show.

Miracle Productions “Catch Me if You Can” is running from July 11th through July 20th at the Milliken Auditorium.