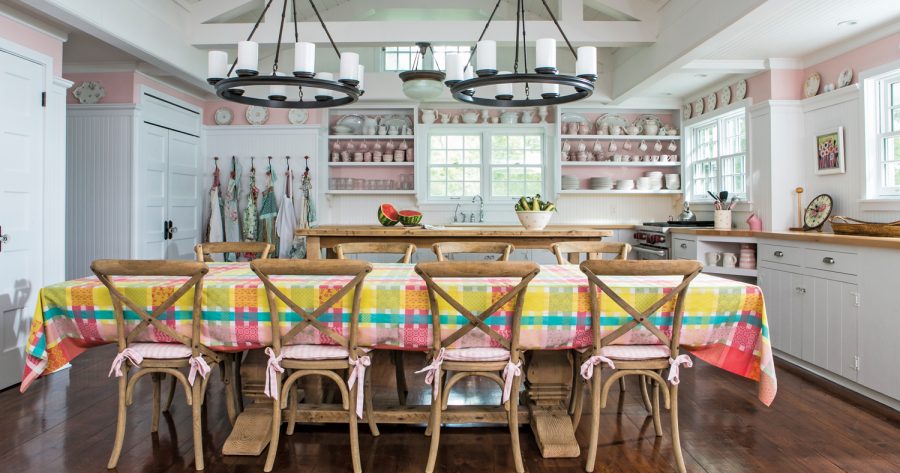 A family avoids a teardown, opting to preserve an old Glen Lake cottage—and treat their family to old-fashioned lake vacations.

Featured in the June 2014 issue of Northern Home & Cottage. Subscribe! 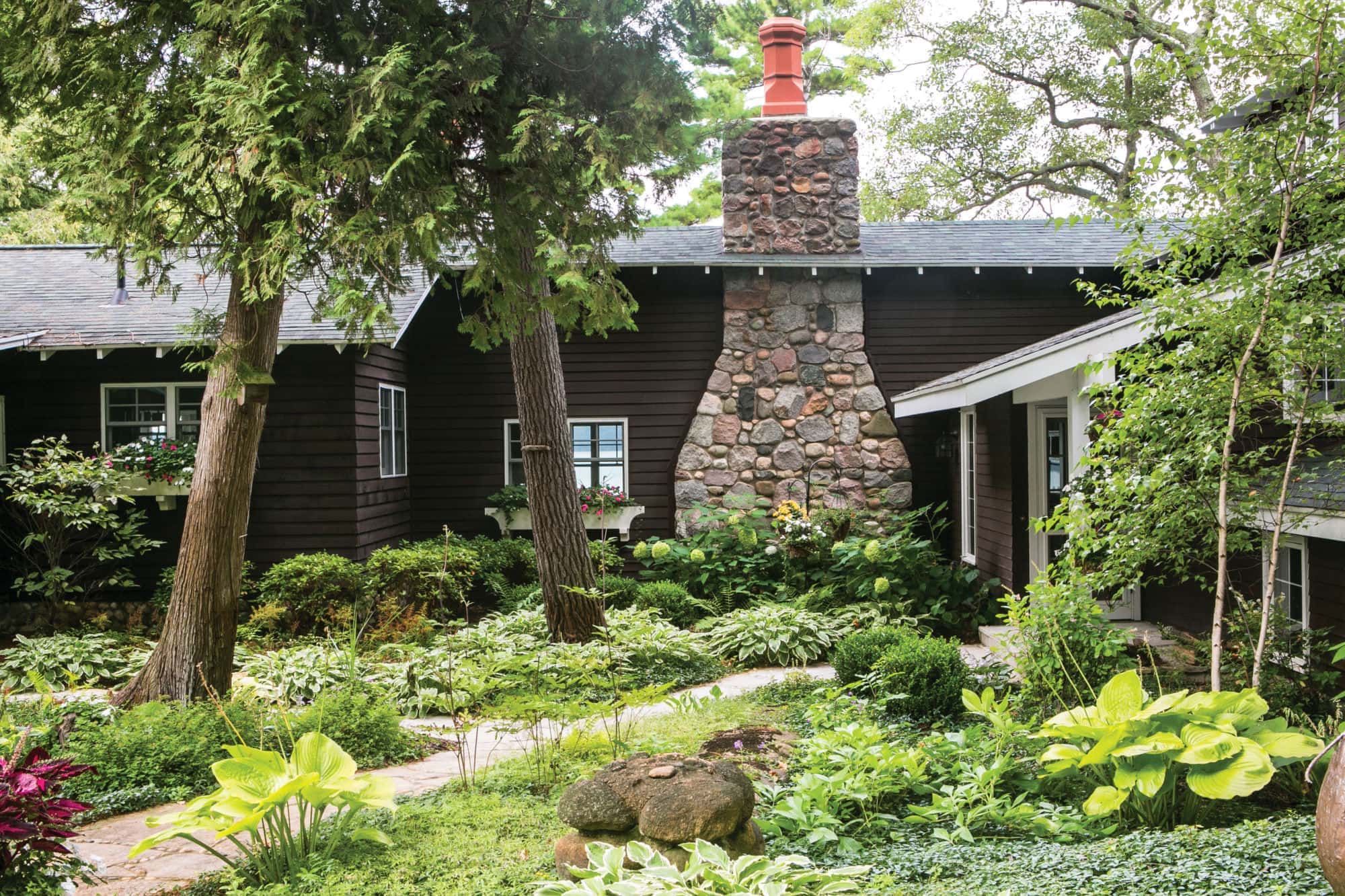 Built in 1927 for overflow guests of Glen Eden Resort, a grand summer enclave that once graced Glen Lake, the cottage began its life as a humble structure. That said, it was solidly built, and it boasted a marvelously massive fieldstone fireplace embellished with smaller beach stones gathered, no doubt, from the shores of nearby Sleeping Bear Bay. Like its sister structures at Glen Eden and other properties around Glen Lake, the cottage was also rented by summer vacationers looking to treat their families to a true Northwoods experience.

The next owner cobbled two more bedrooms onto the cottage several years later. And at some point, another stone fireplace was added to a room that over the years became the cottage’s dining room.

By the 1940s, the cottage had become the beloved summer headquarters for the White family, and eventually White-Schilling families, who made their own additions to the structure. Under their tenure, the home was a touchstone for generations of siblings and cousins who grew up reveling in the freedom of rustic, water-filled summers, recalls Carolyn Schilling Gery, whose parents were the final owners. 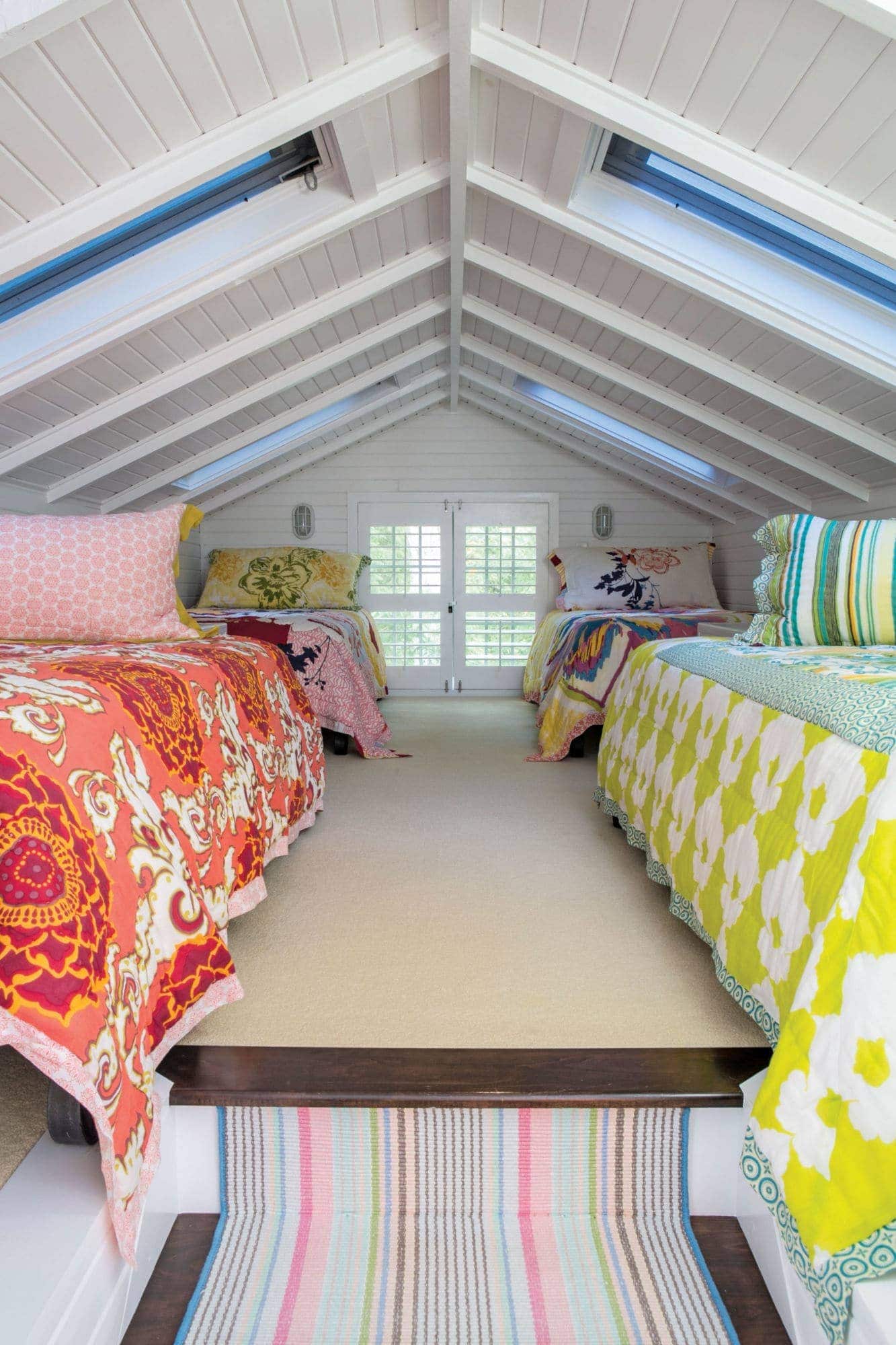 Carolyn’s parents, George and Barbara Schilling, sold the cottage in 2004. As good fortune would have it, the buyers were precisely the right family: instead of razing the old structure, as is so often the case with old lake cottages, the new owners saved it. And although they have gone on to make their own careful tweaks and adjustments to accommodate their modern family, they have taken care to preserve the original scale, intimacy and materials of the original structure.

Before launching the renovation, the homeowners brought in an architect-interiors team from Via Design in Grand Rapids for advice and a reality check. The moment architect Brian Barkwell set eyes on the stone fireplaces he was smitten. Via was onboard, and so began what has become a decade-long process of stabilization, maintenance and renovation that has also included Chris Mason of Mason Construction and Ed Johnson of Northern Property Management.

“It became a game of what to keep and what to take away,” Brian says of the renovation process, which he sums up as achieving that “Glen Lake look.” Elements that remained include the fireplaces, original wood floors, board and batten living room walls and wooden ceiling beams. 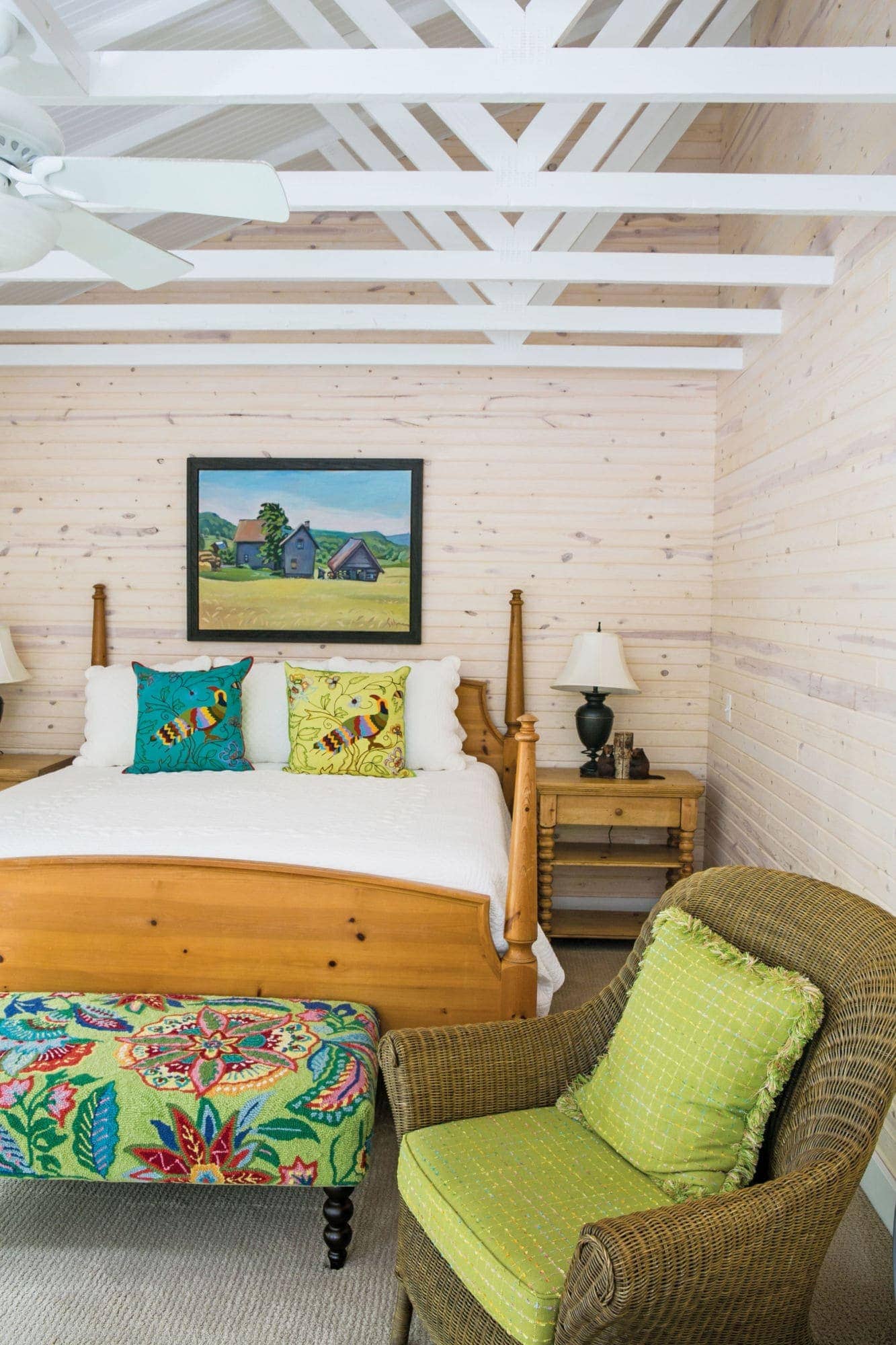 The exterior changed from a pale brown to a rich chocolate shade, trimmed in white and topped with a green-shingled roof. A new screened-in porch facing the lake added a wonderful place for the family to while away Glen Lake days and evenings. Builders raised the attic roof to make room for more bedrooms—small and charmingly simple spaces under the rafters—and they retrofitted an outbuilding into a bunkhouse for their teenaged children and their friends.

Removing the wall between the old kitchen and the dining room made way for a kitchen spacious enough for family and friends to mingle, cook and eat together—all in front of the stone fireplace that was once sequestered in the dining room. Mason and his carpenters refurbished the original beadboard cabinetry—and then replicated it in a new bank of cabinets across the room. Two farmhouse-style sinks, one in each bank of cabinets, render the kitchen extremely functional while preserving a vintage feel. 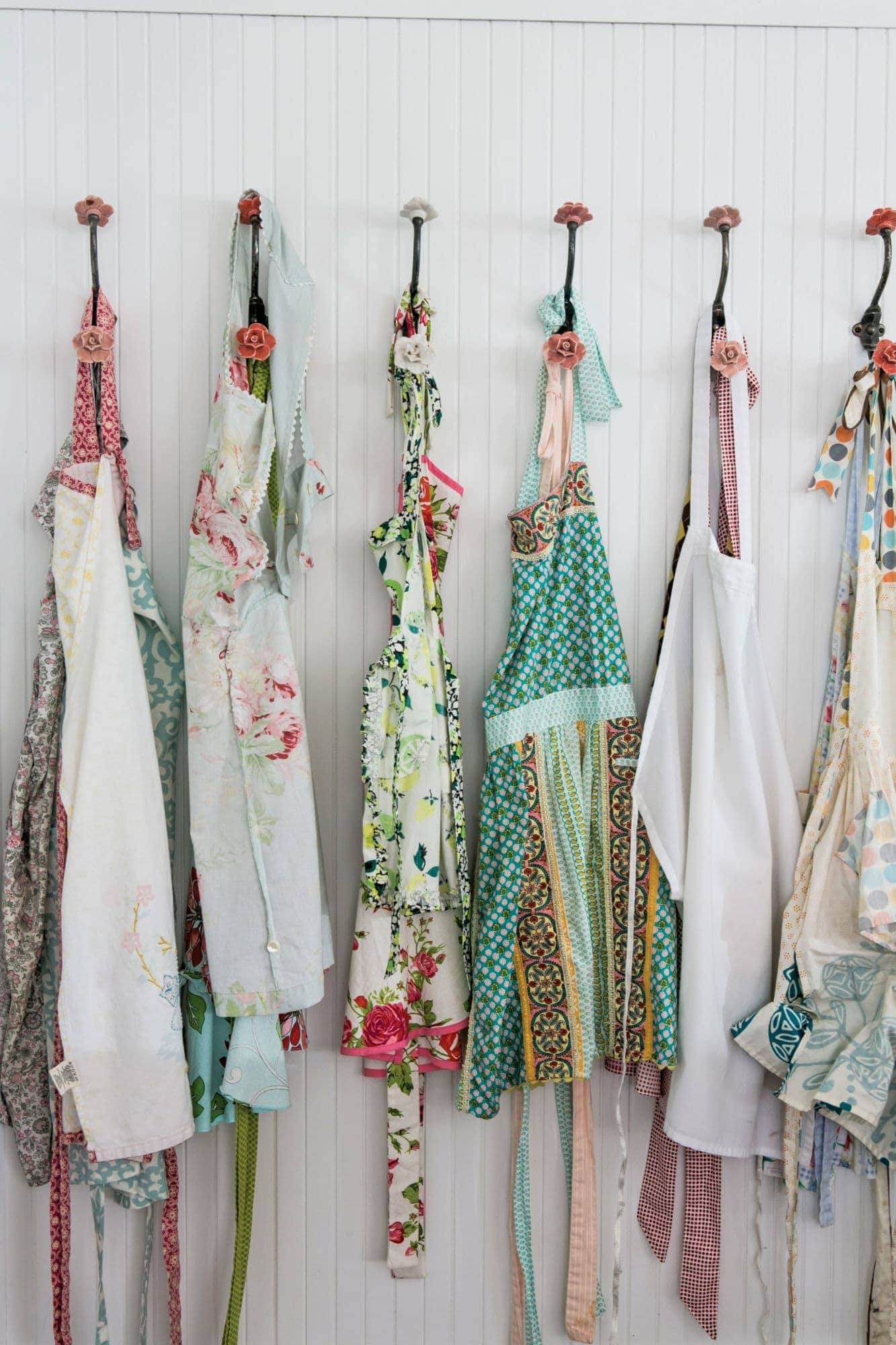 The homeowners have welcomed members of the White-Schilling family to see what they have done with the cottage. “They have done a beautiful job of mixing the historic flourishes of an old cottage with a modern home,” Carolyn says.

The homeowners also added on to the screened porch, again demonstrating their sensitivity to the character of the cottage. “In our last meeting, [the homeowner] expressed she was a little nervous about making the screened porch bigger because she loves being in that close space with her family,” says Victor Scalzo of Via Design. “She did not want to lose that cozy, Michigan cottage feel.” 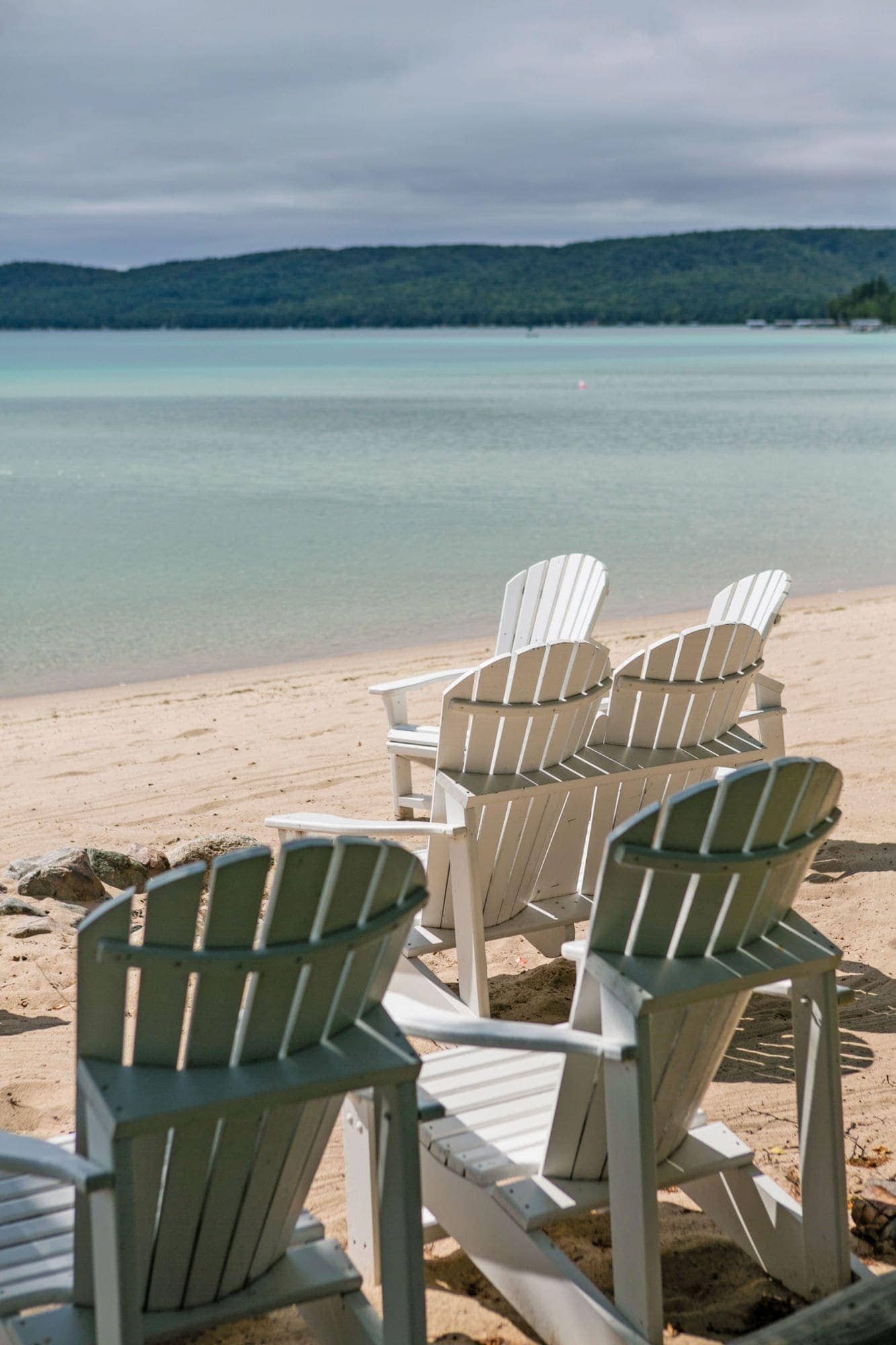 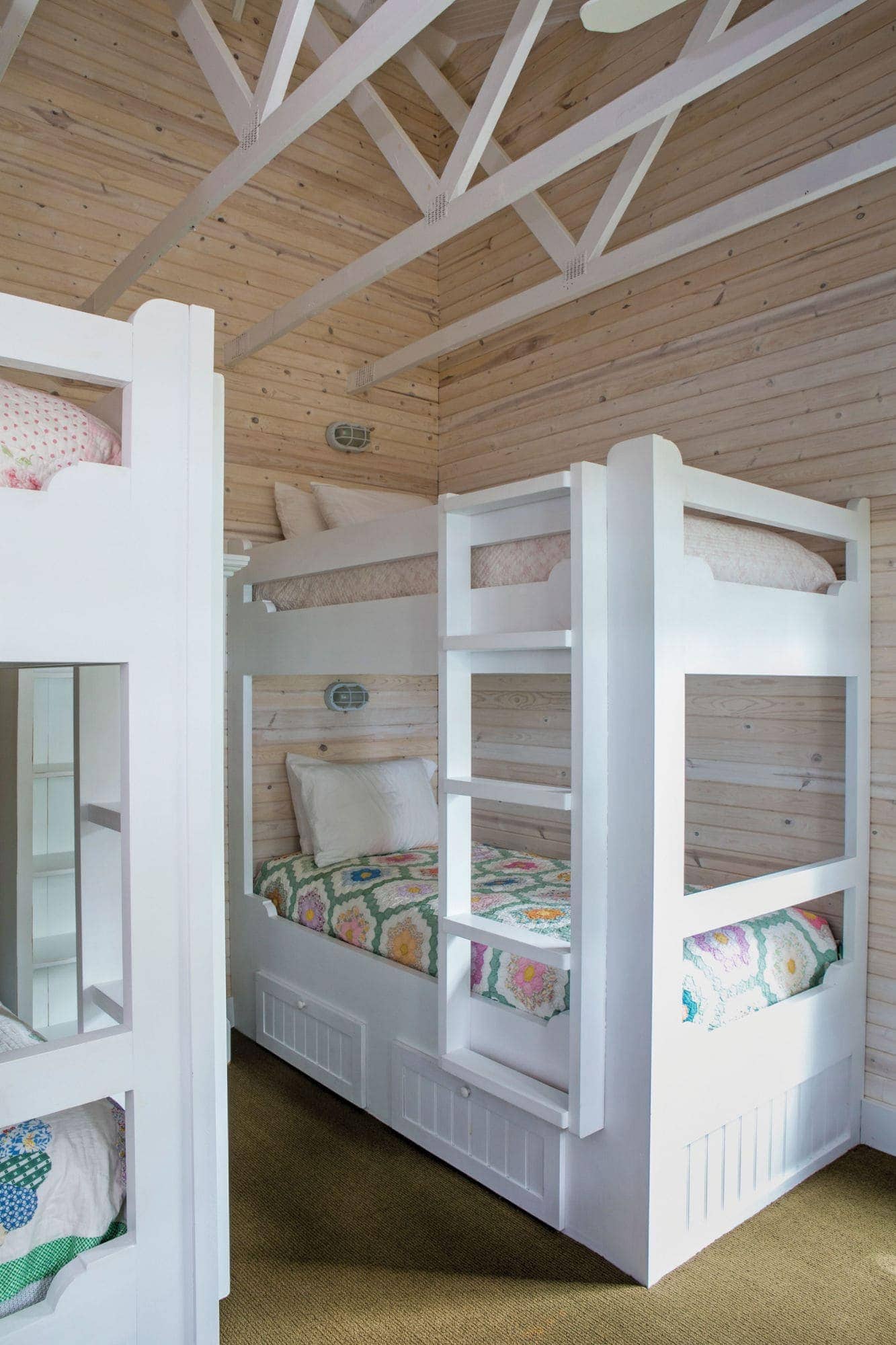 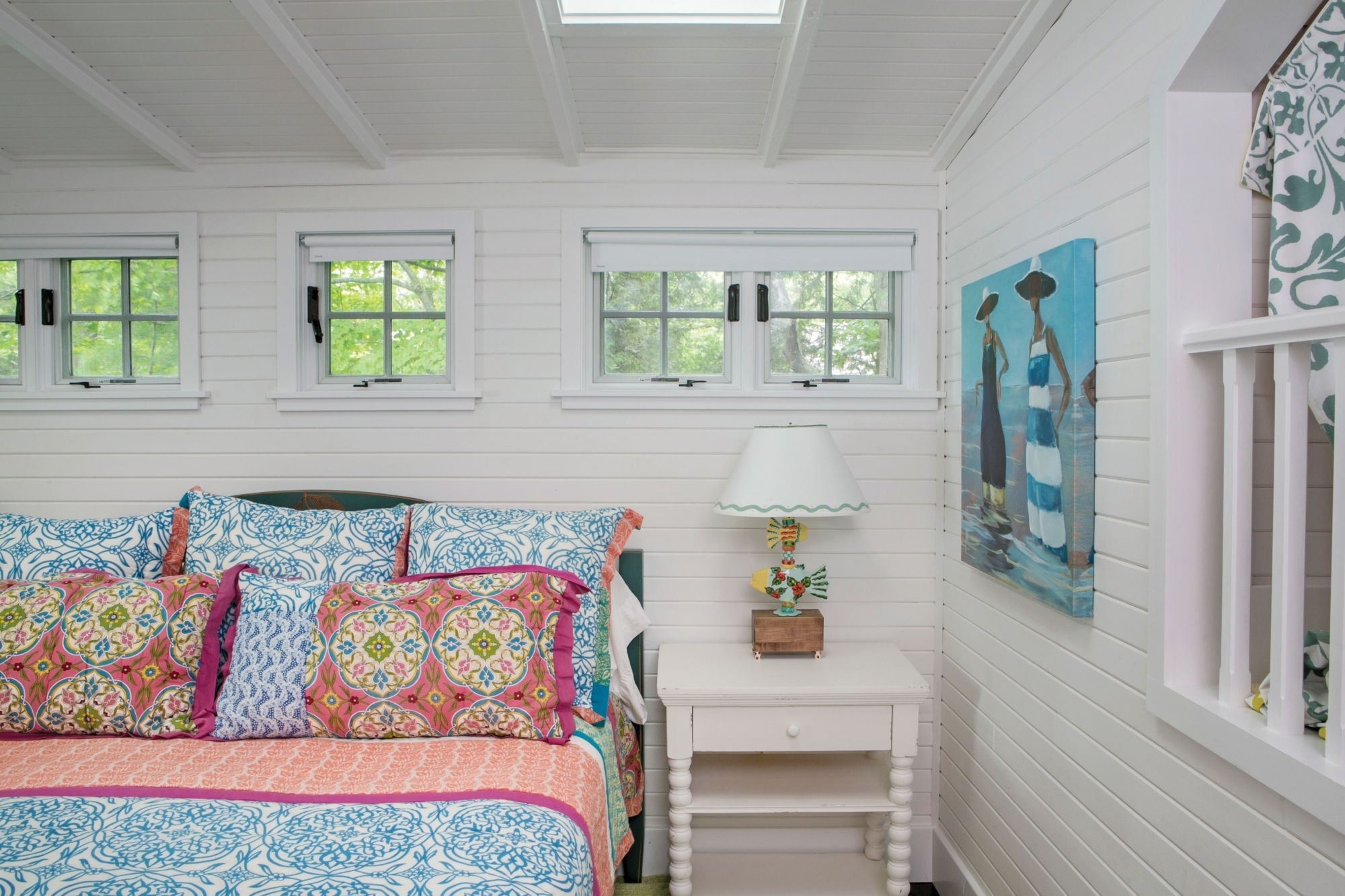 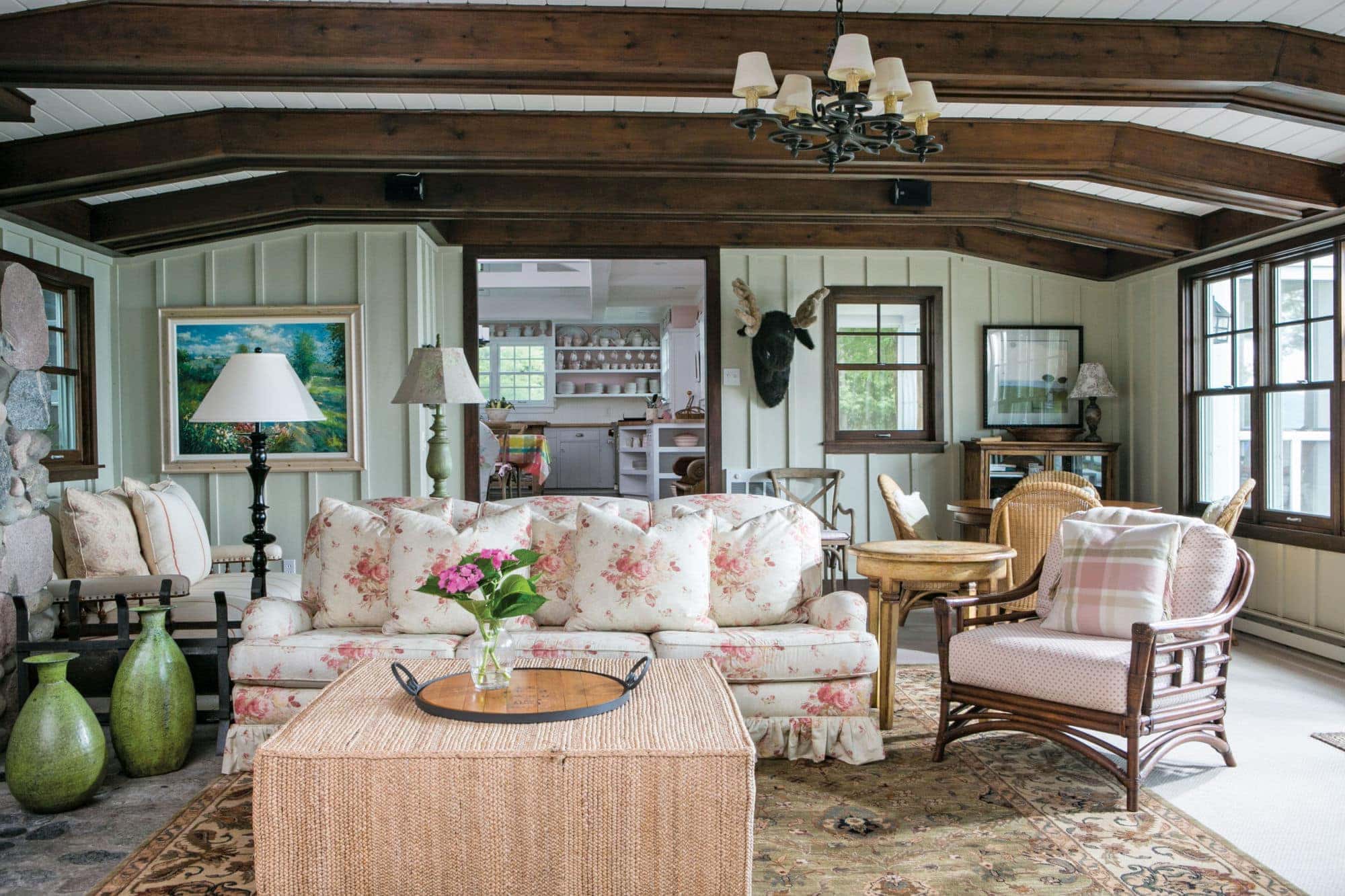 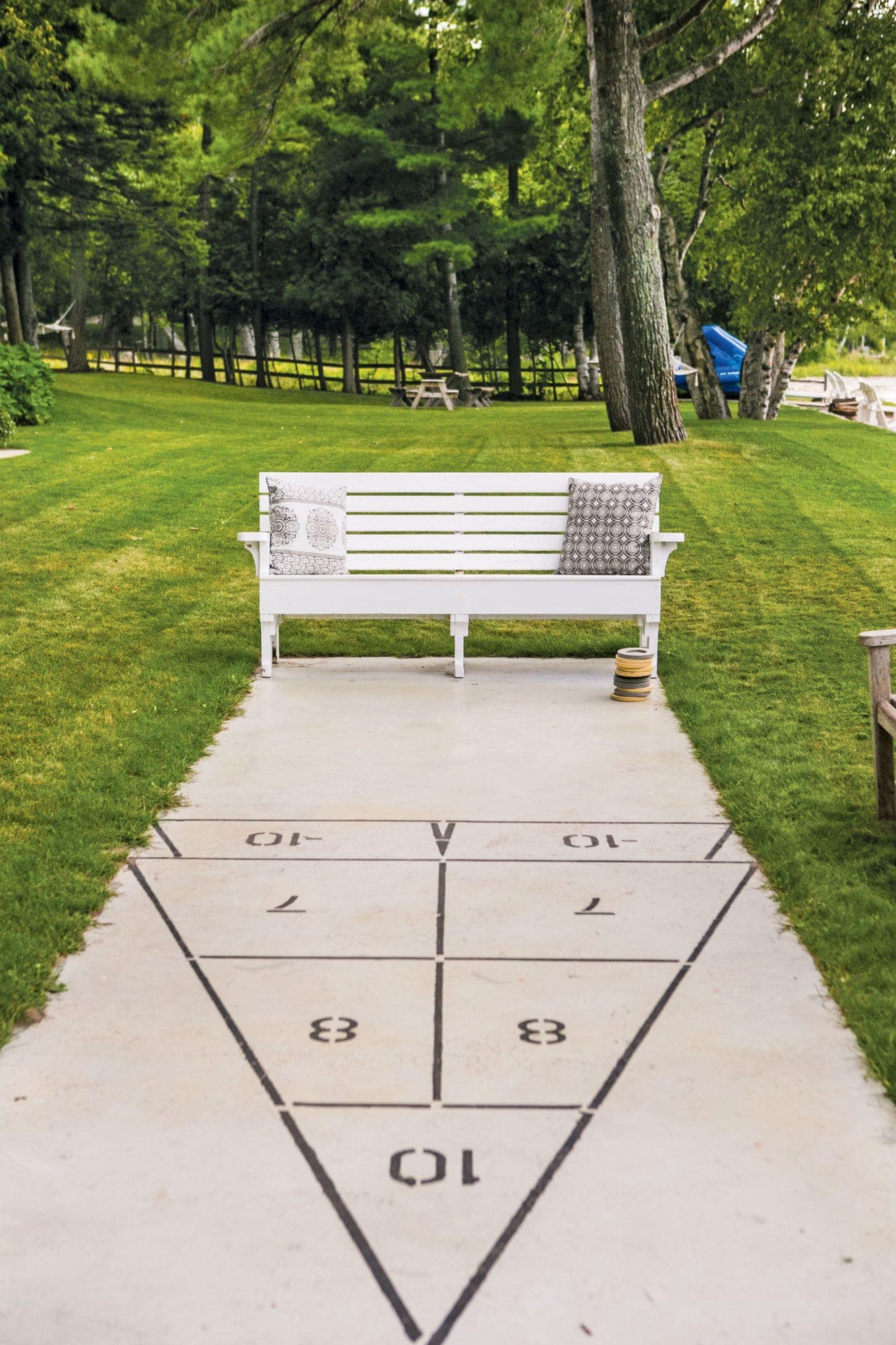