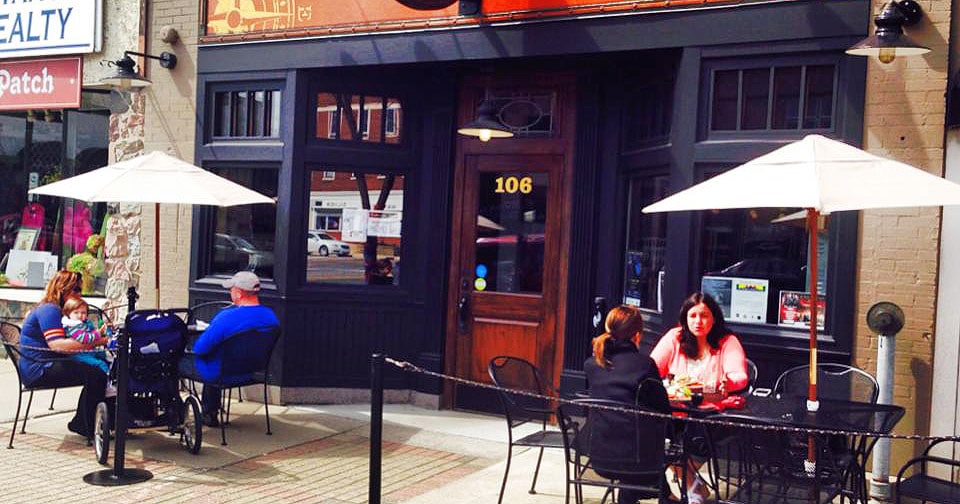 The historic Shay Station in downtown Cadillac has been renovated into a Northern Michigan beer hub, the Clam Lake Beer Company. The building dates to Cadillac’s 19th-century industrial boom. The first tap house and microbrewery to appear on the scene in Cadillac, this Northern Michigan restaurant is dishing up a creative menu that is perfectly paired with their craft brews.

“The big inspiration was to provide people in the Cadillac area a place to drink beer and to be Cadillac’s first microbrewery,” says Matt Putman, Clam Lake Beer Company’s general manager. The idea was simple enough, but the menu and the decision on how to fill the 40 taps in house is something else. “We came up with the ideas for the menu and then played around with it. We’ve gone out to other places and tried things and brought back those ideas and put our own touches on them. That was our first inspiration. The second came from listening to the customers. They’re the ones who are eating here, so you have to listen to what they want. People would ask me for some seafood, or vegetarian, gluten free, etc., so we’ve listened to them and done our best.” 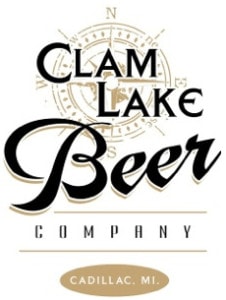 And as far as the beer selection goes, Putman says that it’s all about keeping things within the sphere of the Michigan beer industry. “I try not to have more than 3-4 beers from outside of Michigan. The focus here is to support Michigan beer so I’ve got Short’s, Right Brain, Bravo Zulu, and so on. When I’m ordering, I try to get a nice balance of IPA’s and stouts. But it’s also listening to the customers. If they say they had a great beer up at Short’s, I’m going to try to get that.” More importantly, Matt’s relationship with local breweries has granted him access to some “pub only” beers that are featured at Clam Lake. “My beers change so often because sometimes I only buy one keg of something, and then it’s gone.” But it’s the constant rotating taps that make this tap house and microbrewery so interesting.

Clam Lake Beer Company will be celebrating its 1-year anniversary at the Cadillac Craft Beer Festival in September. You can catch their Founders tap takeover on July 30th and a food and beer pairing on August 20th. In the meantime, swing in and grab some fresh summer grub and a cold one. Matt recommends the crusted Ahi salad with a Perrin grapefruit IPA. “The citrus from the oranges and the grapefruit pair well together.” The french dip and the popular sausage and goat cheese pizza are well suited with any of the beers on the 40 taps. Clam Lake Beer Company hopes to begin brewing their own beer within the summer of 2014.