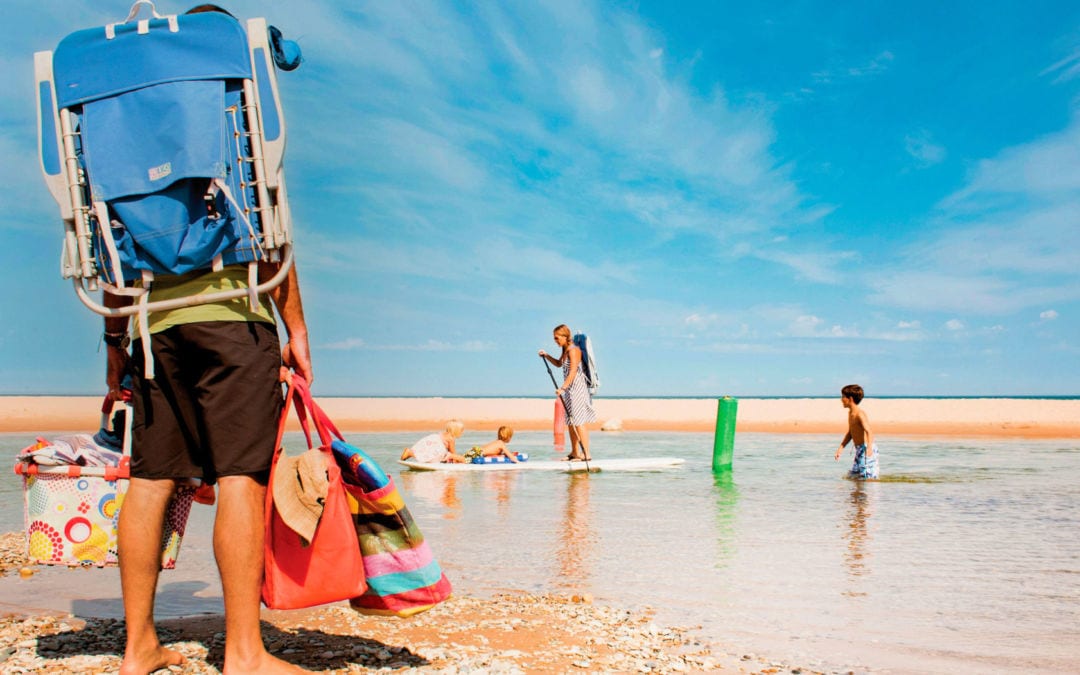 From the beaches of the Sleeping Bear Dunes to the wilderness of the Upper Peninsula, the most splendid Northern Michigan vacation destinations are only a short road trip away. Get out your map and uncap the marker. We’re here to help with 11 Great Lake State getaways that you and yours will cherish forever.

Find your spot then head to the Northern Michigan directories to find hotels, restaurants, trails, breweries, wineries and more!

Like salmon heading upriver, families are inexorably drawn back to the place where the warm and sleepy Platte River empties into Lake Michigan in the Sleeping Bear Dunes National Lakeshore. Credit fun swimming in the current and a sandy shore that arcs around a world-class gorgeous Platte Bay. We’re talking mental images that will flip through your collective consciousness forever. Camp within walking distance at the national park’s Platte River Campground. Round out the nature love with day trips south to Frankfort, with its surfers and lovely lighthouse pier, or north to Esch Road Beach, another sandy beauty that will tattoo itself onto your heart. 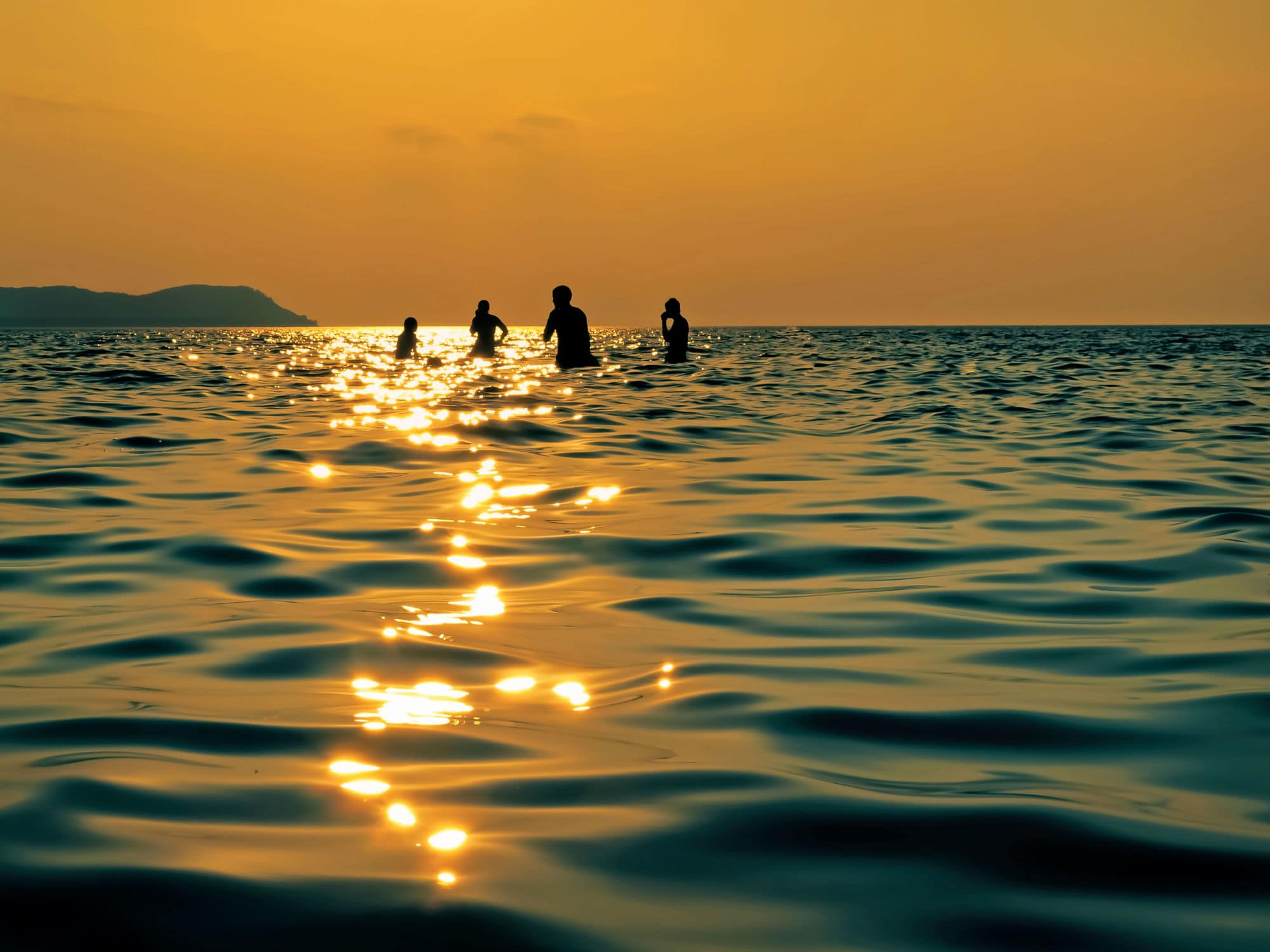 A long afternoon at a Great Lakes beach, sun-baked, water-cooled, sunscreen-and-sand grit coated. This image captures the experience at Good Harbor Bay, in the Sleeping Bear Dunes National Lakeshore. With 9 miles of shoreline in this lovely cup of coast, you and your posse will never have a problem staking out a sandy stretch of your own. Drive-up access at County Roads 669 and 651. The little ones love playing at the magical places where creeks make the run from the forest, across the beach, to the big water. Find beach provisions at Market 22 (just east of 669 on M22) or swing up to Leland for groceries at the Leland Mercantile or sandwiches at Village Cheese Shanty. Ain’t nobody forgetting this day, ever. 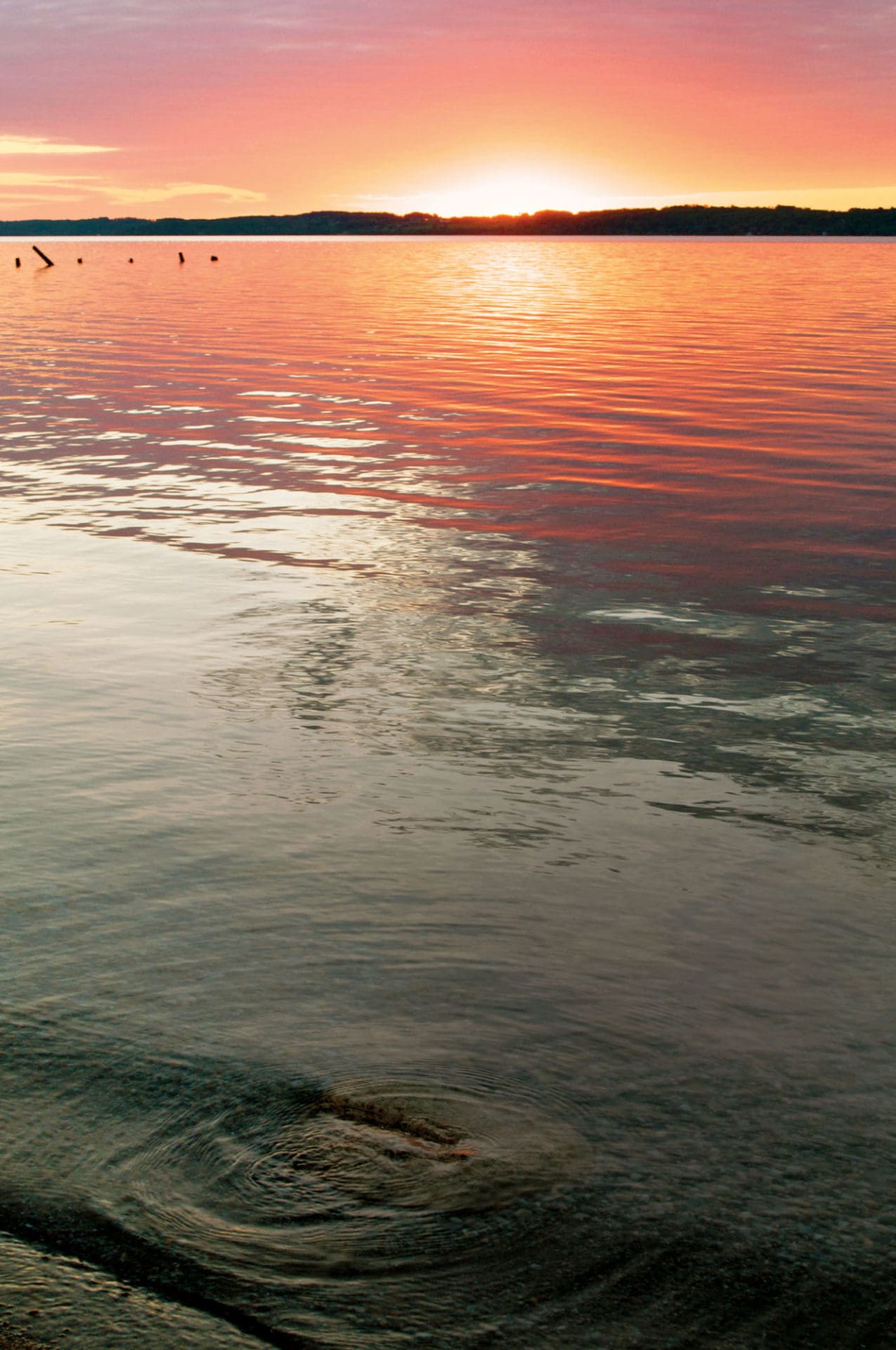 The plan: Set the alarm clock for early, and the timer on the coffee machine even earlier. Actually get out of bed, then head to Clinch Park, in downtown Traverse City, to catch a Grand Traverse Bay sunrise. Pink up above, flaming sky mirrored in the morning-still waters below. Heck yeah, it’s a life moment that will linger long in your mind’s eye. Afterward, head into Traverse City for breakfast at Morsels. Great coffee, tasty fare, and lovely view of that bay you got up so early to enjoy. 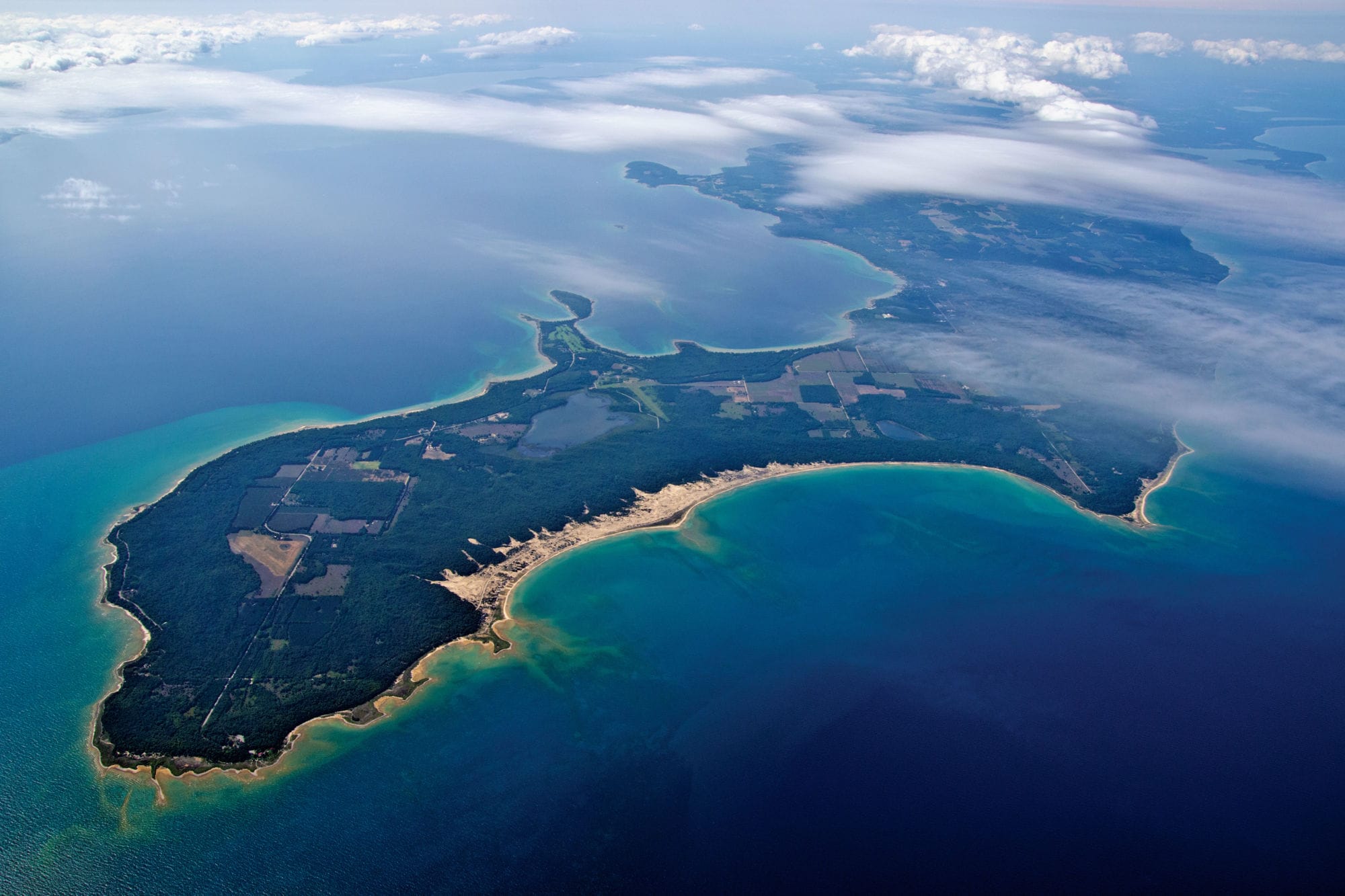 Leelanau County’s enchantment is easy to fall prey to when tracing the rolling byways or spreading a towel on the sandy-rimmed shores. But Leelanau’s magic is equally strong from above, proven here in an aerial photo of Leelanau’s tip. The big arc of Cathead Bay, much of it part of Leelanau State Park, appears in the foreground; on the opposite side of the peninsula is Northport Bay and the eponymous town—in the cup of land that appears in the upper part of the image. Stay at the state park campground, at the tip. Climb the lighthouse. Wander the shore. Cycle the smooth pavement and orchard-and-vineyard-trimmed roads. Know that Northport’s food scene is small but mighty, with standout choices at Tucker’s, The Tribune, Garage Bar and Grill, and Fischer’s Happy Hour Tavern just 5 miles outside of downtown. 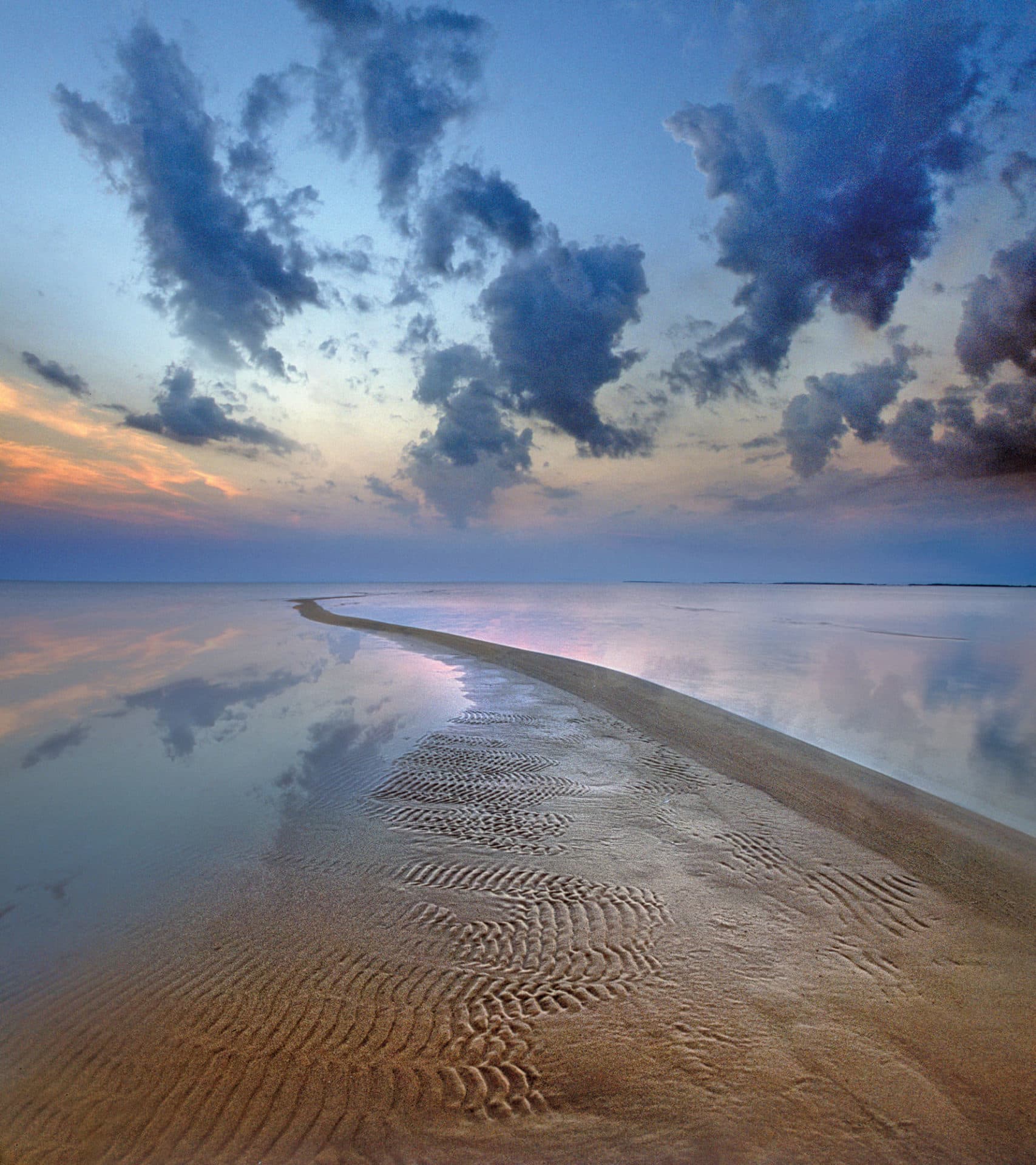 Wilderness State Park, so nicely named. And the 10-mile stretch of publicly owned, undeveloped shore along Sturgeon Bay proves the wild point: walk till you can’t walk any more on the sandy stretch with dune bluffs to the east and Lake Michigan to the west. It’s a timeless landscape that will weave its way into the strands of your DNA. Find easy access where M119/North Lakeshore Drive intersects with W. Lakeview Road and start wandering north. Make camp right in the state park at the 250-site campground east of Mackinaw City, perched on the Mackinac Straits. Prefer to sleep indoors? Plenty of hotel options in Mackinaw City. The area’s must-do drive is M119 to Harbor Springs, named the Tunnel of Trees for the shady canopy that shrouds the twisty two-lane. 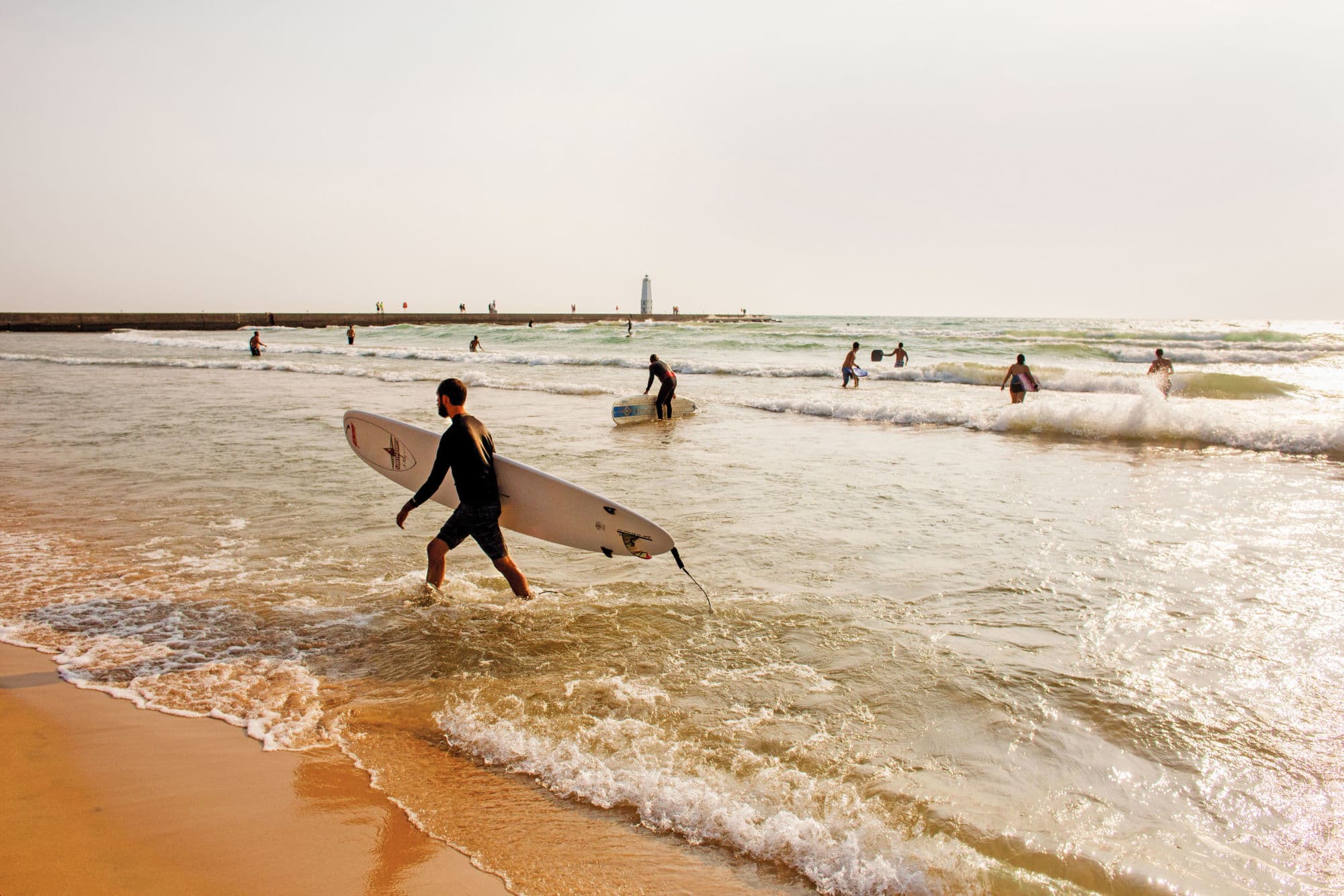 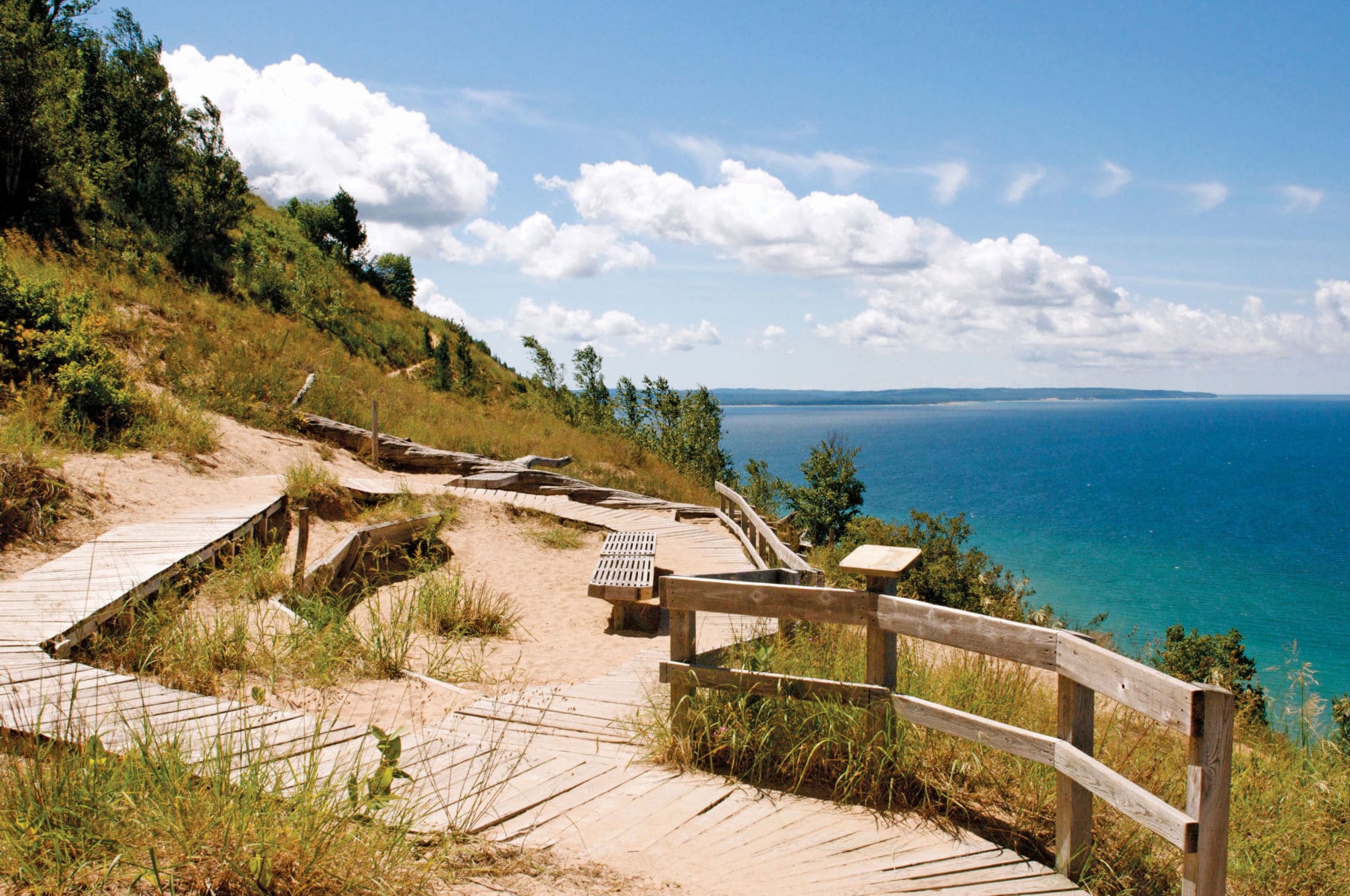 The trailhead lies just a couple minutes’ drive from the headquarters of Sleeping Bear Dunes National Lakeshore, then it’s a rolling, forested half-mile hike to an overlook that you and yours will claim as a lifetime spirit place. From a perch about 40 stories above Lake Michigan, you look north to the Manitou Islands, south to Platte Bay and west to foreverness. Stay at the park’s D.H. Day Campground, 10 miles north in Glen Haven—but no showers or running water (outhouses, friend). Not into it? Try the Empire Lakeshore Inn (book early), or the many hotel options in Traverse City, a half-hour east. 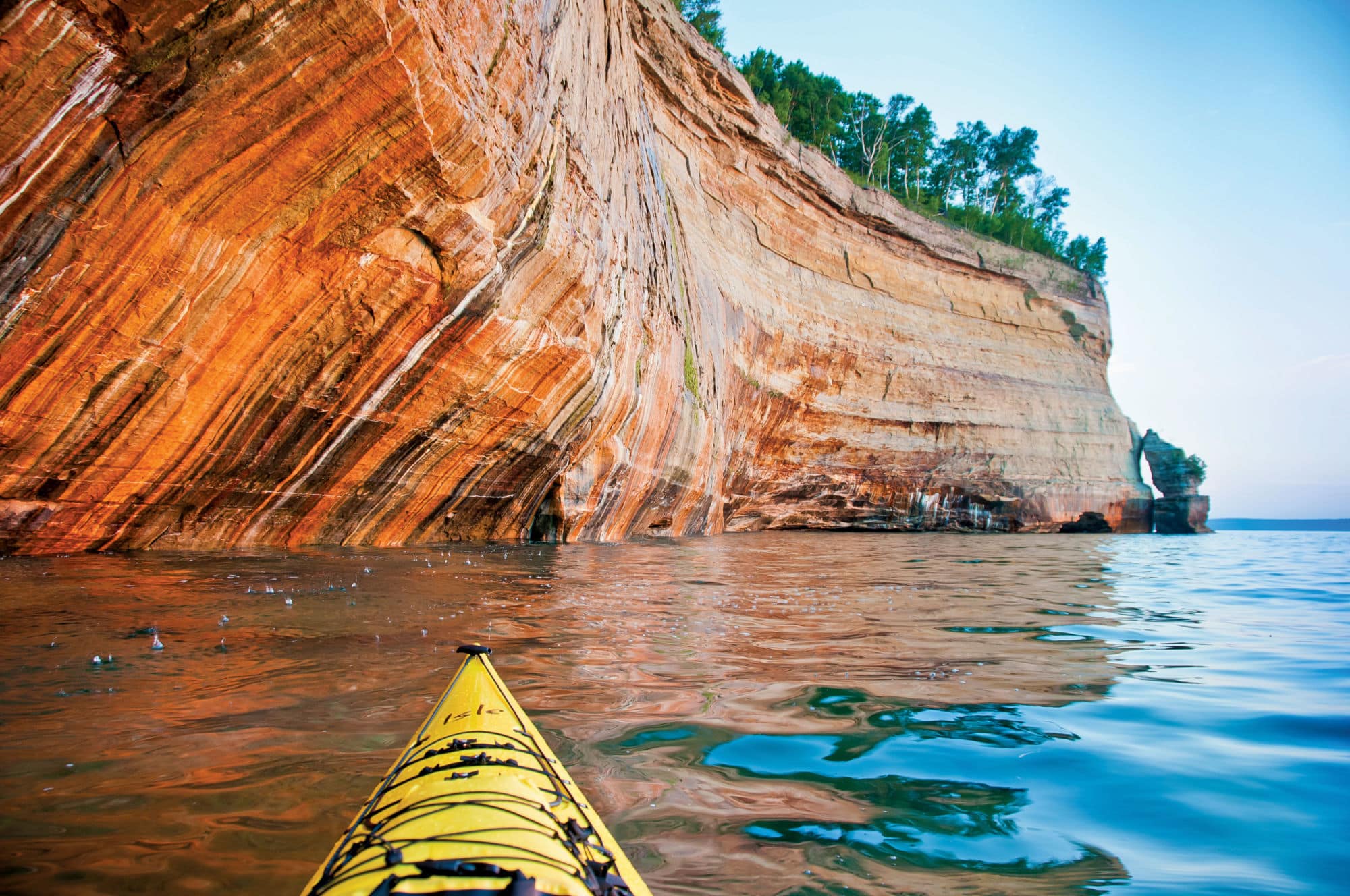 To really love the Pictured Rocks in the Upper Peninsula, you only gotta get up close, in person. See them from the water. For many that means boarding a tourist ferry in Munising—a good day, yes. But to bank the indelible memory, we suggest a kayak. Take a lesson, know what you need to know, be safe, for sure know the weather. Paddle on. (Book a guided tour through Pictured Rocks Kayaking if you’re new to the sport.) Sandstone cliffs rise about 180 feet from the water, and mineral stains from eons of groundwater seeps create ethereal designs along the face. In the golden hours of early morning and evening, the sandstone cliffs glow. Bonus: Dial it up with a kayak camping trip. Shoreside campgrounds at Mosquito Beach and Chapel Beach give access to the most dramatic cliffs. 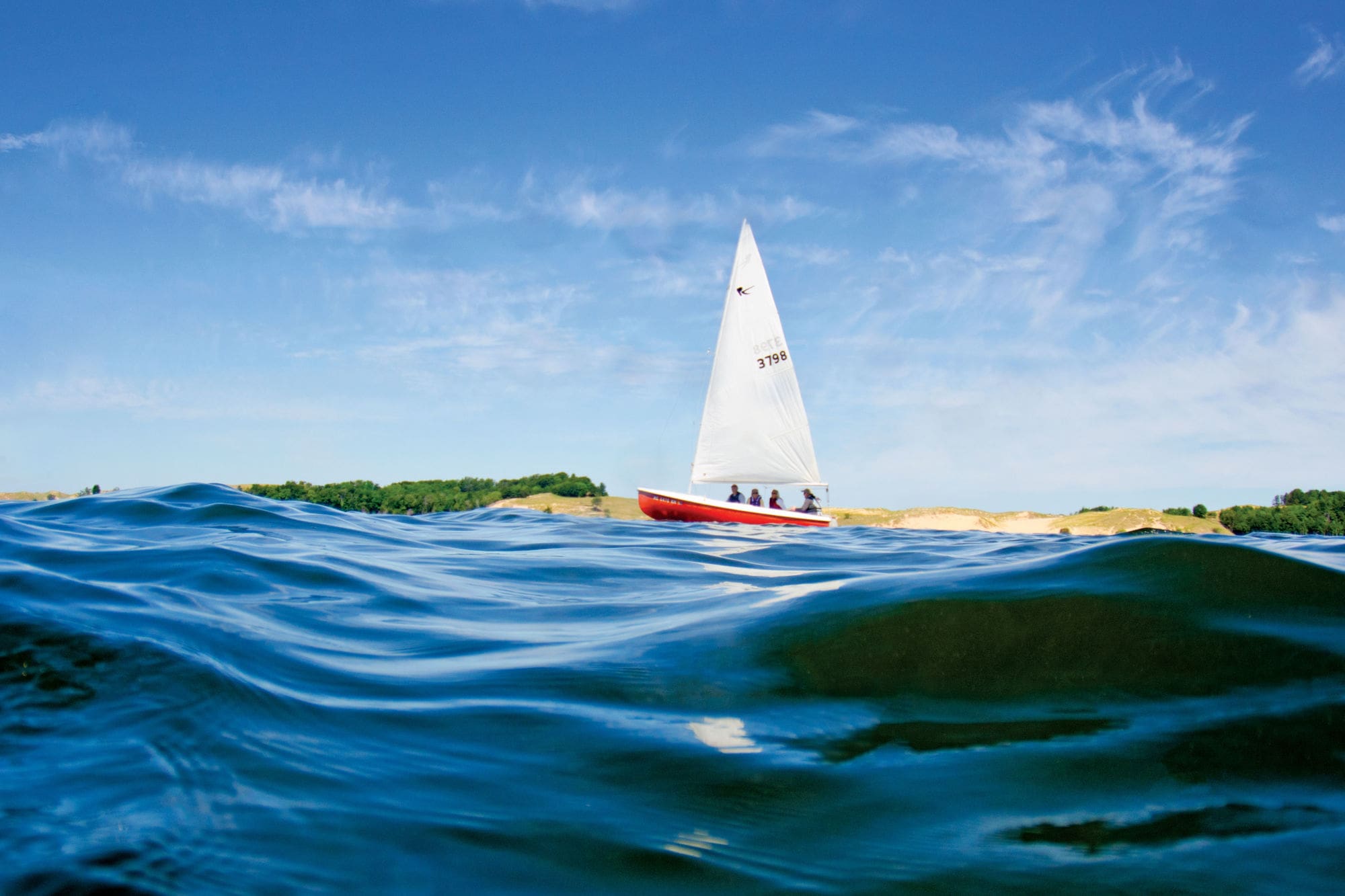 At Ludington State Park, that gigantic, beautiful Lake Michigan (7 miles of beach!) gets all the publicity, but Hamlin Lake, which also has shoreline in the park, is a stout pillar of good times too. Reserve a piece of ground in the camp and spend hours with your family, connecting over fishing or sailing smaller boats on Hamlin. (Bonus: Hamlin offers a great backup beach for little ones when a chill wind blows across the big water.) Save time to grab dinner in downtown Ludington. Jamesport Brewing Co. does a fine job with their brews and their foods. Blu Moon Bistro for inventive fare, seafood possibilities. 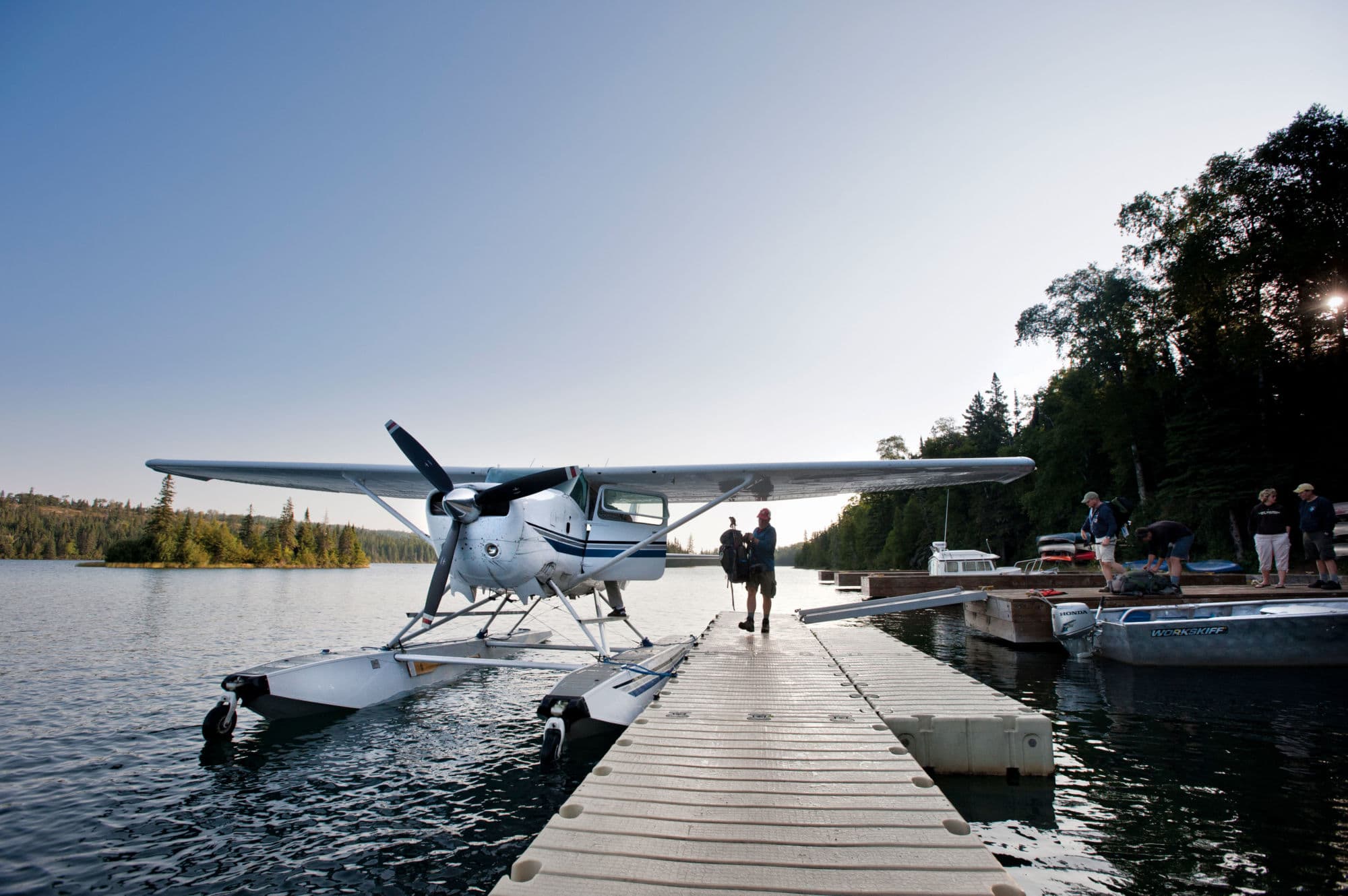 Go by float plane (35 minutes) or go by ferry (3 hours), but definitely go. Destination Isle Royale is a 45-mile-long slab of rock frosted with boreal forest and roamed by moose and wolves. The storied isle’s location, rising far from shore amid the planet’s most expansive freshwater lake, means the back-to-nature solitude you seek you shall find, because this is one of the least-visited national parks in America. Backpack to a harbor-side campground—nine good campgrounds within five miles (pretty flat hiking) of the main port at Rock Harbor—set up basecamp and launch day trips for a few days. If you are lucky enough to hear the howl of wolves resonating from the midnight forest, you’ll never forget it, guaranteed. 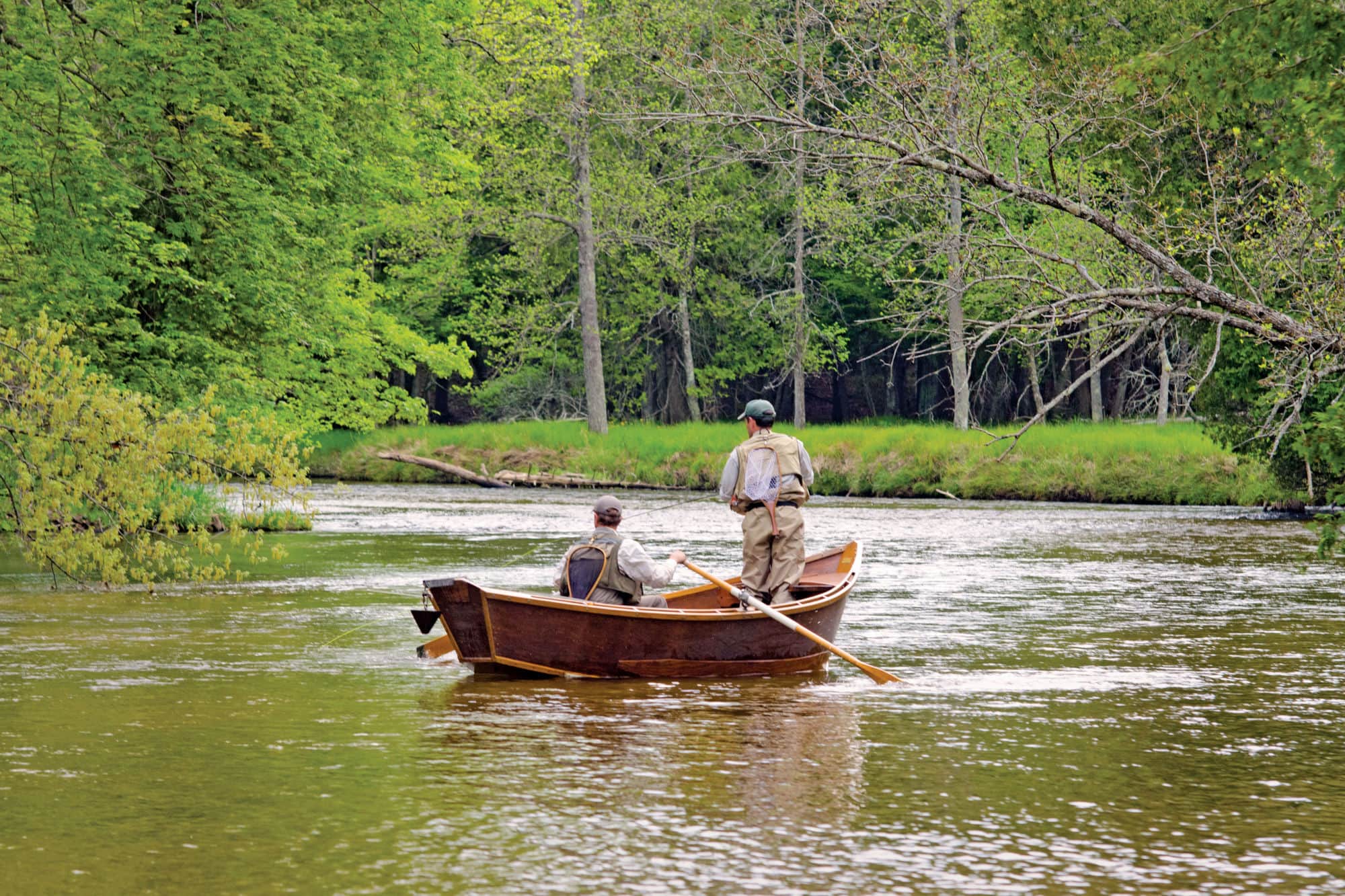 The legacy of river fishing runs deep in Northern Michigan, what with Ernest Hemingway’s love affair with northern rivers and Trout Unlimited’s first meeting happening in our midst. The cold and clear Pere Marquette River ranks as one of those legendary streams that put us on the national map for fishermen seeking brown trout, salmon, steelhead and more. Spend a day floating the current and this river will flow forever in your soul too. Guide trips, classes and clinics at Wolfe Outfitters, and The Fish Whisperer. The river empties at Ludington, where you can mix up the outdoor vibe by booking a room in the Cartier Mansion, one of the state’s most classic Victorian B&B’s.