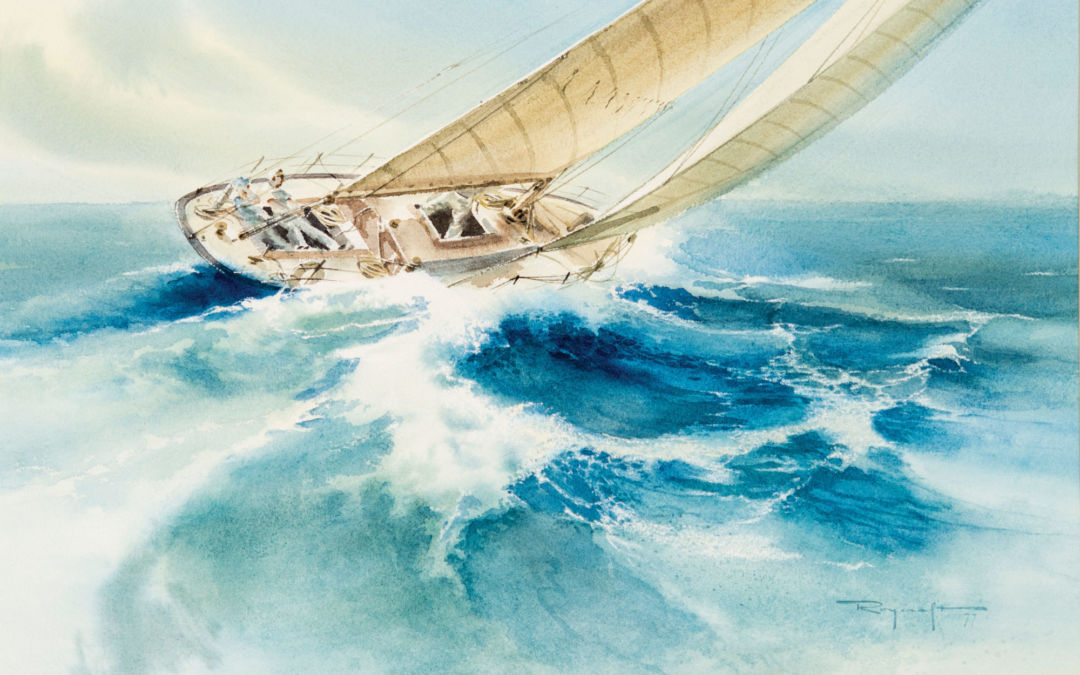 It takes more than talent and technique to become a great artist. It takes inspiration. During graduate school at The Savannah College of Art and Design, my classes often discussed the role inspiration plays in an artist’s creativity, and how one can access it when struggling with a creative block. Elusive, highly subjective, and difficult to qualify, the concept of inspiration has been debated within artist circles for centuries, and answers remain ambiguous. Whatever artists use to spur creativity, however, they universally agree inspiration is a necessary ingredient for making great art, and for internationally renowned watercolorist Roland Roycraft, inspiration emerged from a school bus route. 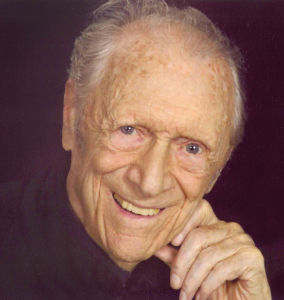 Roland Roycraft, who passed away in June 2011, always knew he wanted to be an artist. Growing up in Northern Minnesota during the Great Depression, he learned early on how to respect the beauty and power of nature as well as how to work hard. After graduating from high school, he worked at various jobs, including driving a cattle truck for an area farm. The arduous job offered the meager pay of $15 per month, but with an “all you can eat” extra incentive, Roycraft felt fortunate to have it. When he’d saved up some money, he convinced his parents to let him try his luck and talent at the Academy of Art in Chicago. With $359 in his pocket and all he owned packed into a box, a battered suitcase and a paper bag, he boarded a bus to Chicago.

Enrolling in school, Roycraft quickly landed what he considered a plumb job close to school as busboy at the now-defunct Mrs. Dutton’s Ontra Cafeteria. The work included a free lunch and dinner, but not breakfast. Desperately short on funds, the only breakfast he was often able to afford was the free lunch.
At the academy, he had a challenging time both personally and financially, and was nearly homeless on more than one occasion. For many months, the only shelter Roycraft was able to afford was the local YMCA. Crowded and small, his room offered only enough space for him to sit on his bed and paint with his canvas propped on a chair pulled up to him. He’d try to be creative while Chicago’s elevated trains thundered, squealed and whined past his window. His perseverance paid off, however, and Roycraft was able to graduate with an associate’s degree in 1941, the same year he married his first wife, Sylvia. 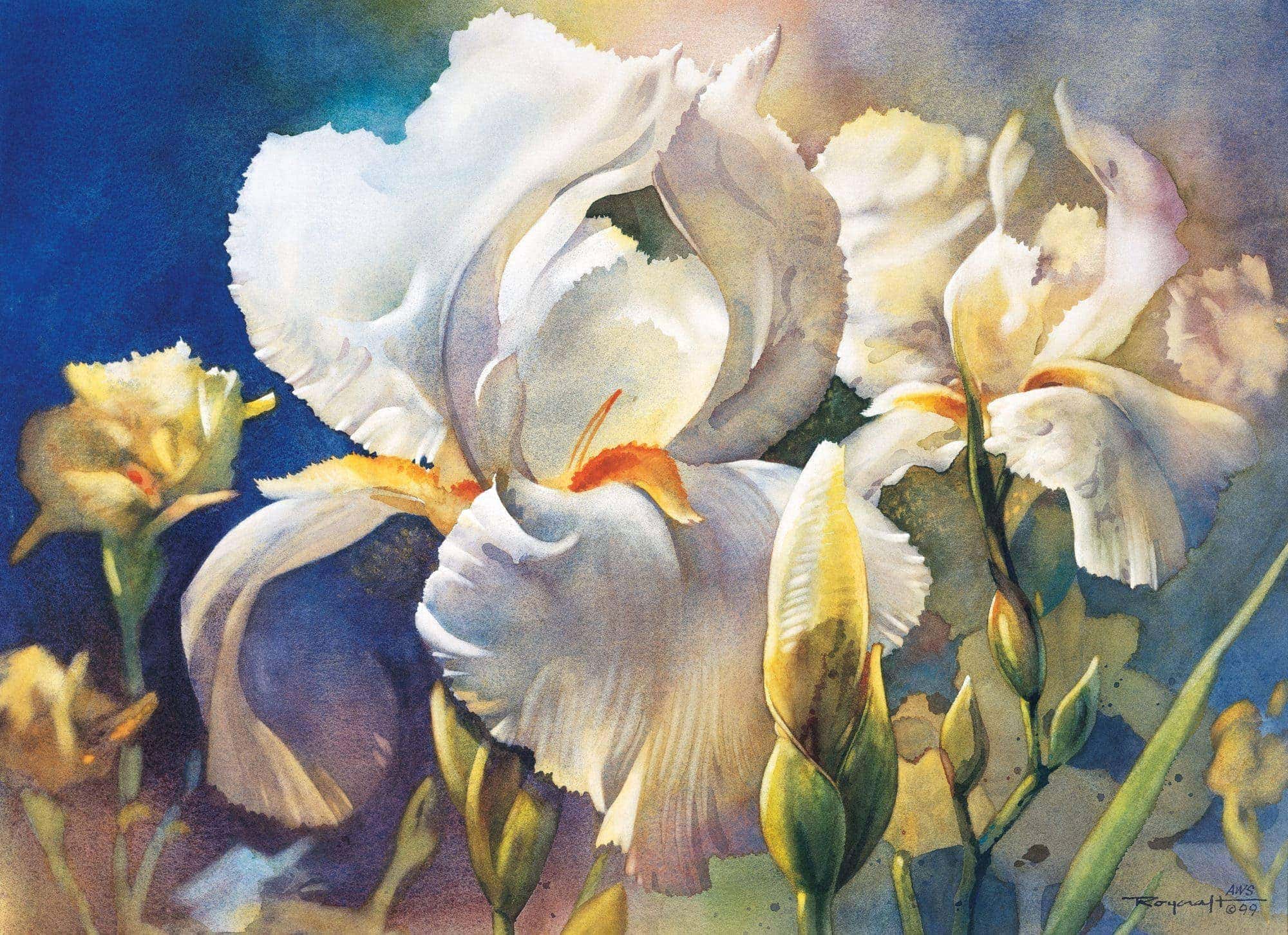 But just as he was getting started, World War II interrupted his life. He worked as a tool and die designer for a military contractor for four years, during which his troubled marriage ended. He came home one night to find his clothes piled in front of his house and the locks changed. He lost not only his wife that night, but also his two daughters. Fifty-four years would pass before he had contact with them again—just a year before his death.

He moved back to the YMCA again and eventually met his second wife Dorothy at a dance there. They too would have two children together, a boy and a girl, and would remain married until 2005, when Dorothy passed.

At the tail end of WWII, Roycraft enlisted in the Navy, and when the war ended, he was finally able to pursue his long-held dream of making a life as an artist, landing in the world of Chicago advertising. Working as a commercial illustrator, however, was very different from his original aspiration for professional art. But responsibilities of supporting two families were the realities of his life. His love of painting and the time to pursue it were luxuries he could not afford. 4
During his commercial career, Roycraft achieved a respectable level of success and created illustrations for The Saturday Evening Post, Better Homes and Gardens, Life, and Look magazines, as well as dust covers for re-issues of 11 Wizard of Oz books.

He made a living as an illustrator for nearly three decades, but in 1974, Roycraft began to have health problems. He grew progressively worse, and doctors were unable to determine the cause of his illness. While in the hospital, Roycraft would hear the medical staff talking about “Little Boy Blue.” Upon regaining some of his health, he realized they had been saying “Code Blue,” and only then understood how near death he had come.

Physicians eventually discovered that Roycraft had become severely allergic to chemicals found in at his workplace—illustrators worked with solvent-laden inks. Knowing that the substances were crucial to his work in commercial art, but realizing the environment was toxic to his health, he was forced to take an unexpected and early retirement. No stranger to starting over, he packed up his belongings and moved to the shore of Crystal Lake near Beulah, Michigan.
With his health gradually improving, Roycraft needed to supplement his meager retirement income, so he welcomed the opportunity to drive a school bus. A very difficult time in his life physically and financially, he consoled himself with the beauty along his route in Northwestern Michigan while he drove the loud and chattering children to school.

As he drove from farmhouse to farmhouse, he found himself studying the scenery around him with his artist’s eye. He noticed the details of a solitary barn and how the sunlight illuminated its brown madder-colored boards, faded and falling to the ground. He’d look out his bus window and visually record scarlet leaves or currents of Payne-colored water in the many streams and lakes on his route. Noticing the landscapes around him, and especially light and its ability to illuminate and reflect off the snow in the winter or bounce off the water in the summer, he was intrigued. And most important … he became inspired.

Roycraft began to paint again. Setting up a booth at one of the many art fairs dotting the Lake Michigan coastal highway M-22 during the summer months, he started out pricing his small paintings at $35. Quickly selling out, he would frantically paint during the week to make enough to sell at the next fair. Surprised that people would pay what he asked for his art, he raised his prices, first to $65 and then to $99. The pattern of selling out, painting, and then resetting prices, continued until he no longer needed to sell at fair booths. He quit his bus route job and began to paint full time, selling his work out of a studio in his home. 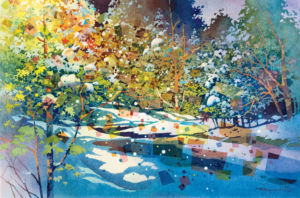 Still frugal and concerned about money, Roycraft often would trade his work with area businesses. The local hardware store owner now has a respectable and highly valuable collection of Roycraft’s early works, traded at the time for saws, Plexiglas to frame his paintings or plumbing materials to fix his bathroom.

Back when attending art school, Roycraft was discouraged by what he perceived to be his teachers’ withholding much of their artistic knowledge: an artist’s technique or specialized skill is often considered propriety and therefore tightly guarded. In response, Roycraft determined to share all he’d learned and developed. As he gained notoriety, he started teaching technique classes at his home and later at the Crystal Lake Art Center. 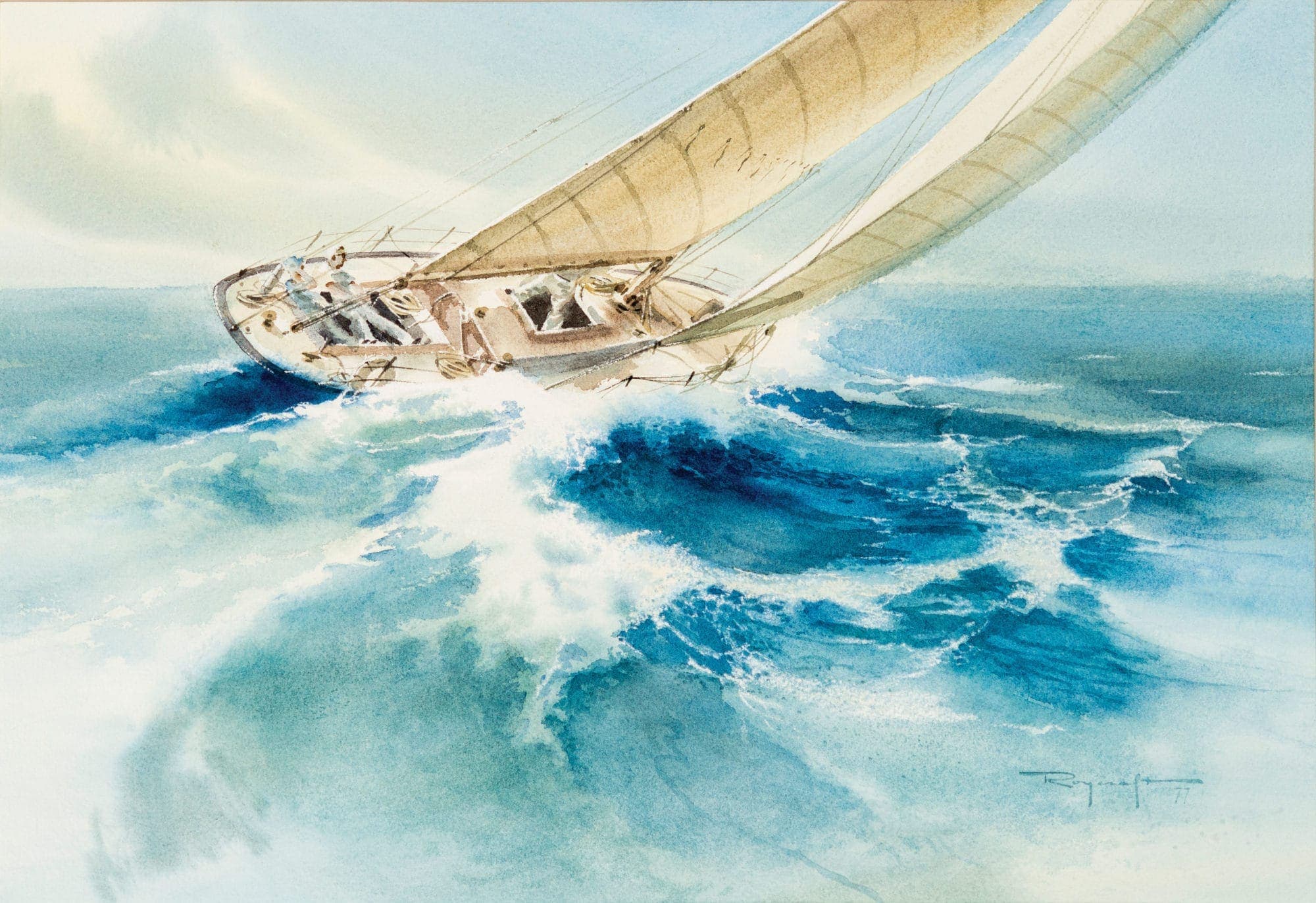 Communication was never his strong suit, however, and he was notorious for a lack of tact and brusque manner. Students would summon the courage to show Roycraft what they’d consider to be their best work, only to hear Roycraft say, “Well … that’s a start at least.”

While writing his first painting book, Roycraft asked to photograph one of his students and her work. She took it as a compliment and started to agree, but quickly changed her mind when he further elaborated, stating, “I’d like to photograph you while you are painting as an example of what students should not do.” His techniques, knowledge and skill in teaching others gained notoriety, however, and his classes grew despite his stern and critical approach.
Roycraft’s teaching led to the publication of two books, Fill Your Watercolors With Light and Color, and Fill Your Watercolors With Nature’s Light, as well as the recording of teaching videos. Translated into several languages including Chinese, his methods and techniques have gained international recognition. His first book, Fill Your Watercolors With Light and Color, sold over 100,000 copies, making it one of the highest-selling watercolor technique books of all time.

When Roycraft was in his 80s, the creative team of Fox Animations tried to hire him as art director for a new animated film then in development. He declined and told them what they were offering was a “young man’s job,” but they nevertheless convinced him to visit for a teaching consultation. Upon arriving in Arizona for the meeting, Roycraft was surprised to see each artist with a copy of his book in front of them. His contributions to Fox’s animated children’s film Anastasia can be recognized for the light and watercolor-inspired coloring of the scenes.

Over the course of Roycraft’s late-in-life watercolor career, he painted hundreds of works. His techniques developed and evolved throughout the 30 years he painted, eventually leading to his award-winning, signature style of revealing light through a combination of masking, pouring, indirect, and direct painting methods. At his gallery in Beulah, his few remaining works range from $800 to more than $25,000.

The life and legacy of Roycraft was the subject of an art retrospective held last summer at the Oliver Art Center in Frankfort. The exhibit, titled Nature’s Light: The Talent and Technique of Roland Roycraft, featured works from private collections. Museumlike in style and presentation, the exhibit chronologically demonstrated the development of Roycraft’s technique of revealing light. The show represented work from his earliest years in the mid-1970s through the final decade of his life, and represented an evolution of processes that spanned nearly 30 years. An extension of my graduate thesis, the idea for the retrospective sprang from research I conducted while doing graduate work at Savannah College of Art and Design. Roycraft is one of Northern Michigan’s most talented and prolific artists, and I realized his work had never been professionally exhibited.

In graduate school, I studied what made for great art. However, by carefully studying the talent and technique of Roland Roycraft, an intensely private, humble, one-time school-bus driver, I learned something perhaps even more important. Roycraft taught me much about creative openness and how a willingness to pass on your proprietary knowledge can have far-reaching and long-lasting influence. He taught me that it is never too late to circle back to your true self or to reawaken a long-suppressed passion. Roycraft taught me not only about great art, but also about great artists. And because of his inspirational life, I will always remain inspired. 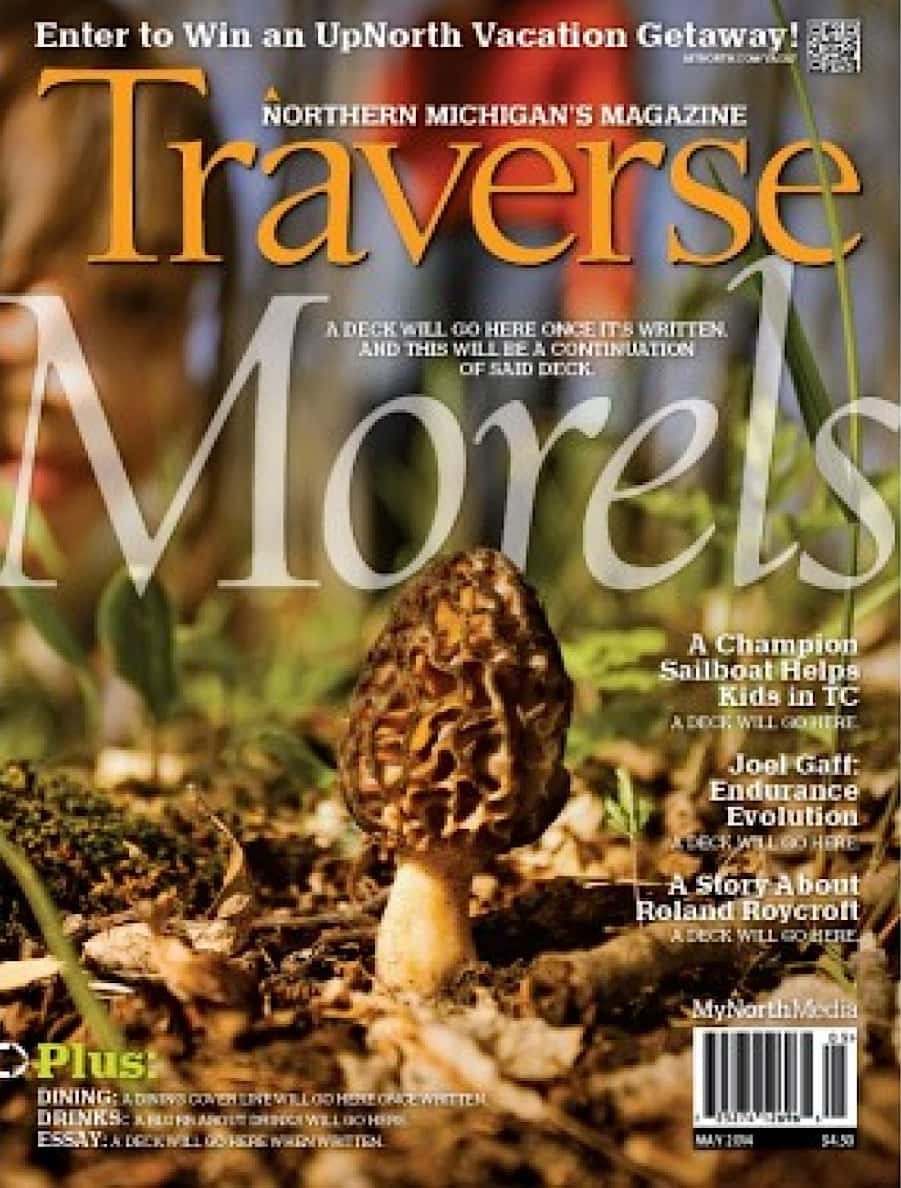