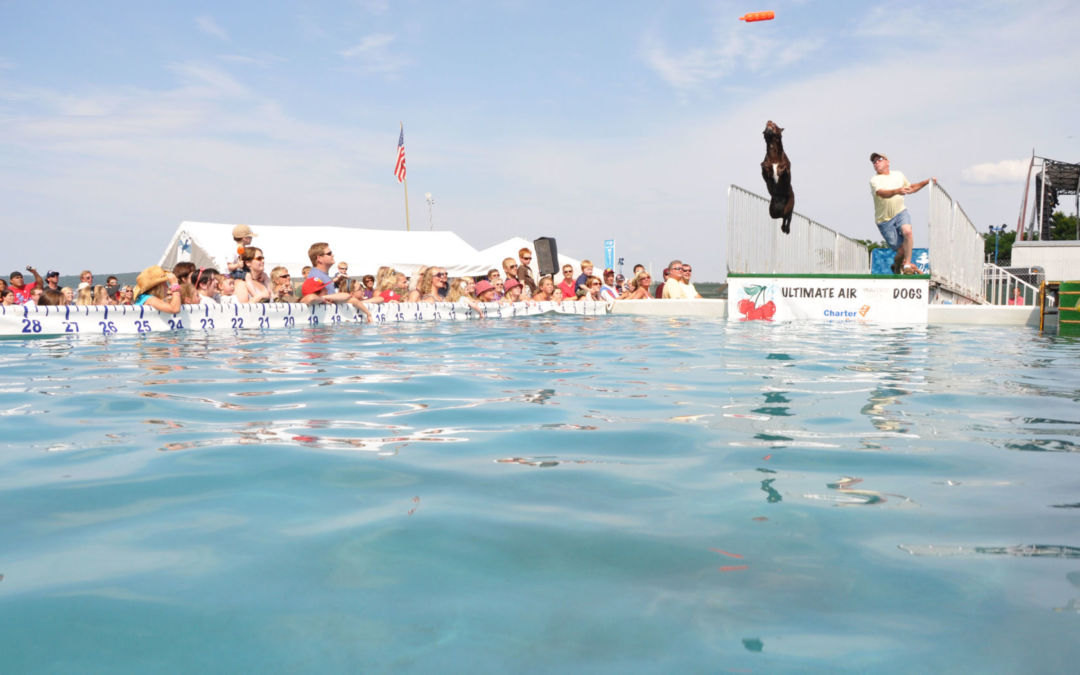 National Cherry Festival family events are moments that you and your kids will always remember about your Northern Michigan vacation. Grab some food and drinks at the Traverse City Open Space or opt for some entertainment while you and the kids are astounded by the Blue Angels Air Show. If you don’t want to miss anything during the Northern Michigan festival, check out our list of must-do family activities and travel ideas.

Find a Spot on Front Street and Catch a Parade

Head down to Front Street in Traverse City to catch one of the two parades that occur during the festival. Watch flags twirl through the air while the sounds of Michigan bands march down Front Street. Get there early to find a spot and bring lots of sunscreen and water. The Jr. Royal Parade is on Thursday, July 10th at 6:30PM and the Cherry Royal Parade is Saturday, July 12th at 11:15 am.

Be Astounded by the Amazing Fireworks

Parents can re-live their childhood while creating memories with their kids at the Arnold’s Amusement Midway. Take a spin on the flying swings, catch breathtaking views of the bay on the Ferris wheel, or go for a whirlwind ride on the sinister Zipper—if you dare. There’s plenty of carnival food from elephant ears to hot dogs, but Gibby’s Fries are a must try for all festival attendees. Arnold’s Amusement Midway is open throughout the festival.

Go down to West Bay and find a spot to be amazed by the U.S Navy Blue Angels Airshow. Watch as The Blue Angels flight team demonstrates the choreographed refinements of Navy-trained flying skills while exhibiting graceful, aerobatic maneuvers like the four-plane diamond, opposing solos, and the six plane delta formation. The Lockheed Martin F-22 Raptor is a single-seat, twin-engine supermaneuverable fighter aircraft that uses stealth technology. It was designed primarily as an air superiority fighter, but also has capabilities for ground attack, electronic warfare, and signals intelligence roles. The highest speed flown during an air show is 700 mph. We suggest bringing earplugs for little ones. You can catch the Blue Angels Airshow July 5th or 6th at 12:30 pm.

Grab Some Grub at the Festival Open Space Park

Browse the souvenir tents stocked with Northern Michigan goods as you enjoy the Northern Michigan sun and a view of the bay. Stop over to the food tents to refuel with local food, including Country Fresh ice cream and goodies from the Grand Traverse Pie Co. The Festival Open Space Park—located near downtown Traverse City by Clinch Park Marina—is open throughout the whole festival.

Watch the Dogs Fly at the Ultimate Air Dogs

Everyone will love watching the dogs fly at the Ultimate Air Dogs Competition (pictured above). Meet the competitors before you gather around the pool and watch the dogs leap through the air. The dogs will be flying on July 10th at 10 am and July 11th and 12th at both 10 am and 3 pm near the West End beach volleyball courts.